Hugh Grant, Michelle Rodriguez and Chris Pine have been spied busy at work on location in Northern Ireland for the epic blockbuster Dungeons & Dragons film adaptation.

Based on the hugely popular fantasy tabletop role-playing game (RPG), which 50 million fans are said to have played since its release in 1974, Hollywood star-power has fans buzzing over the potential for this movie, with ex Bridgerton actor Regé-Jean Page and Justice Smith also in the cast and rumours flying around regarding Marvel star Benedict Cumberbatch’s involvement.

Most details are still tightly under wraps, although filming has also been spotted in Wells Cathedral in Somerset and Alnwick Castle in Northumberland, with the movie scheduled for a 2023 release.

Dungeons & Dragons is currently shooting in Carrickfergus in County Antrim, one of the oldest settlements in Northern Ireland as a whole and known for its imposing 12th century castle, which is one of the best-preserved Norman castles out there.

Alongside an impressive historic backdrop that may be taken advantage of, we got to see Fast and Furious star Michelle on top of an extravagant mechanical dragon model.

The Fast and Furious star’s costume was partially obscured by a black puffer vest, but her leather-clad legs and high boots suggest some sort of warrior character. 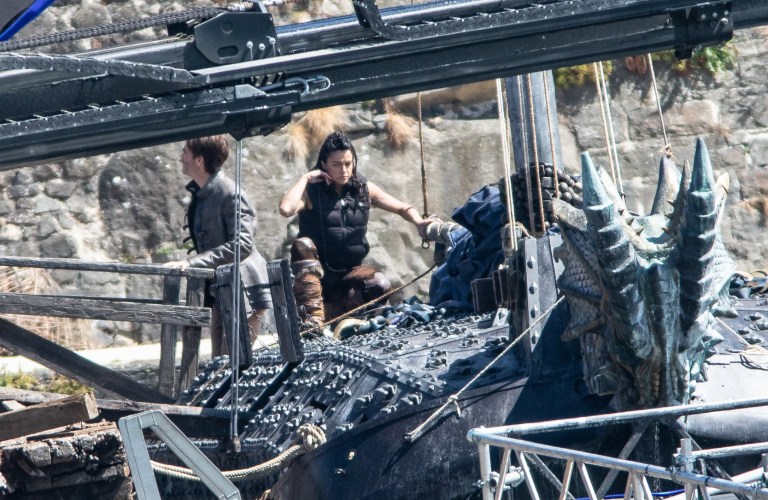 Michelle looking thoughtful as shots were being set up (Picture: Splash News) 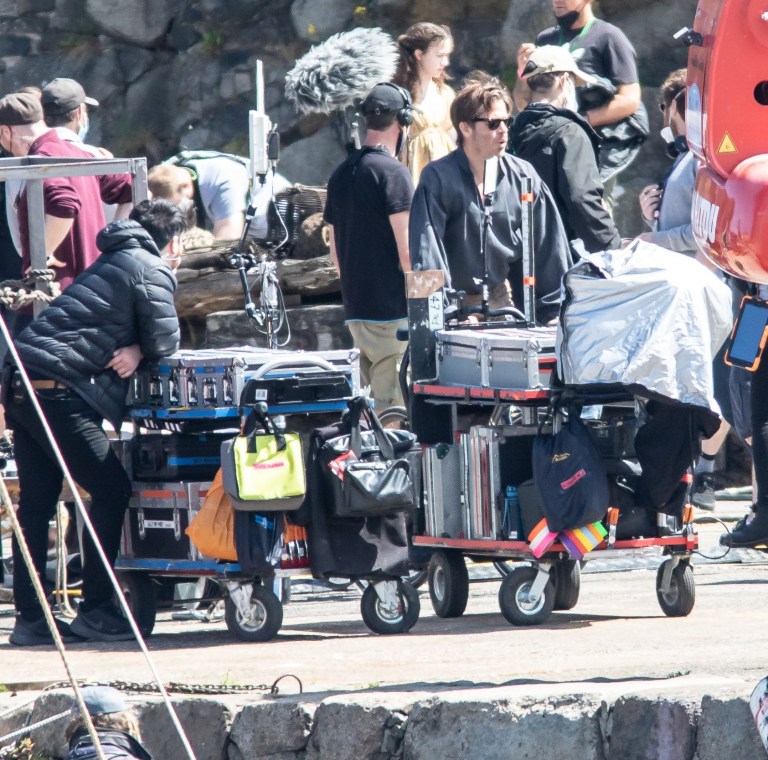 Chris enjoyed the weather as he took a quick break (Picture: Splash News)

It looked to be co-star Chris Pine who was next to her in an era-appropriate leather coat with buckles, looking the other way.

He was also seen more clearly in a separate snap taking a breather in sunglasses with some of the technical crew and large pile of their equipment.

The 40-year-old Star Trek actor has recently wrapped filming on Olivia Wilde’s Don’t Worry Darling alongside Harry Styles and Florence Pugh, but was right back at it for Dungeons & Dragons.

It’s been confirmed by Variety that Notting Hill star Hugh has been cast as the villain of the piece, and his costume was easiest to admire from the on-set shot as the star walked behind the scenes clad in an embroidered long, brown overcoat with white, ruffled cuffs and a silk, blue neckerchief of sorts. 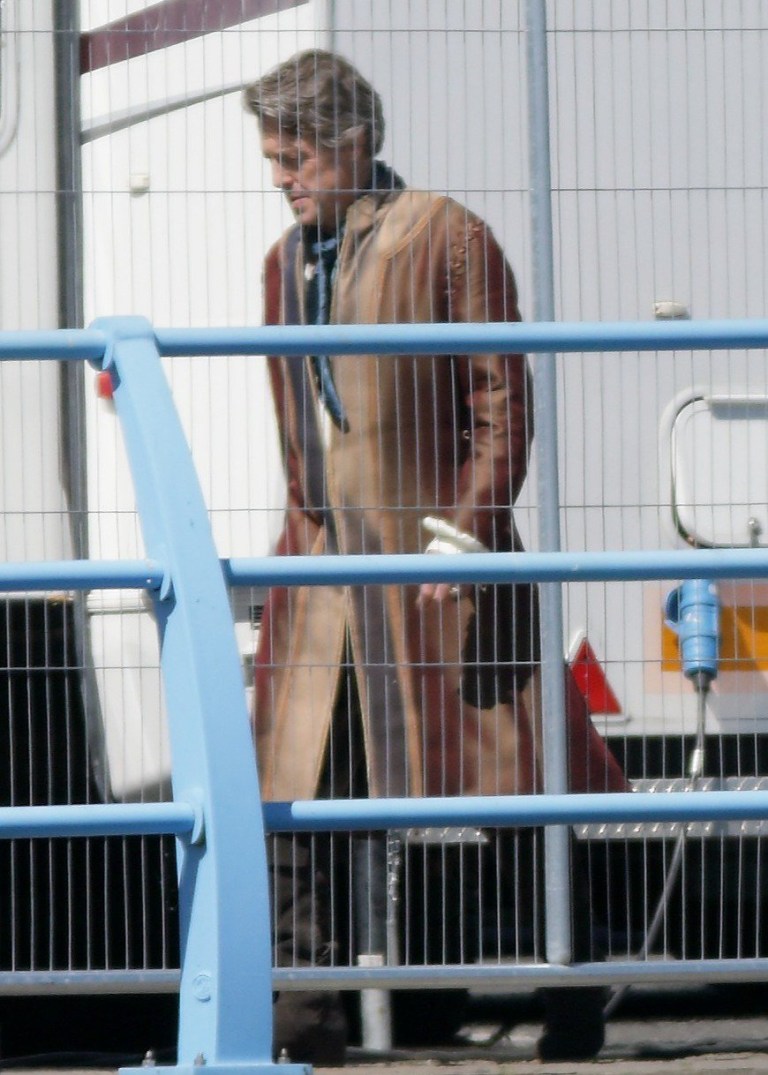 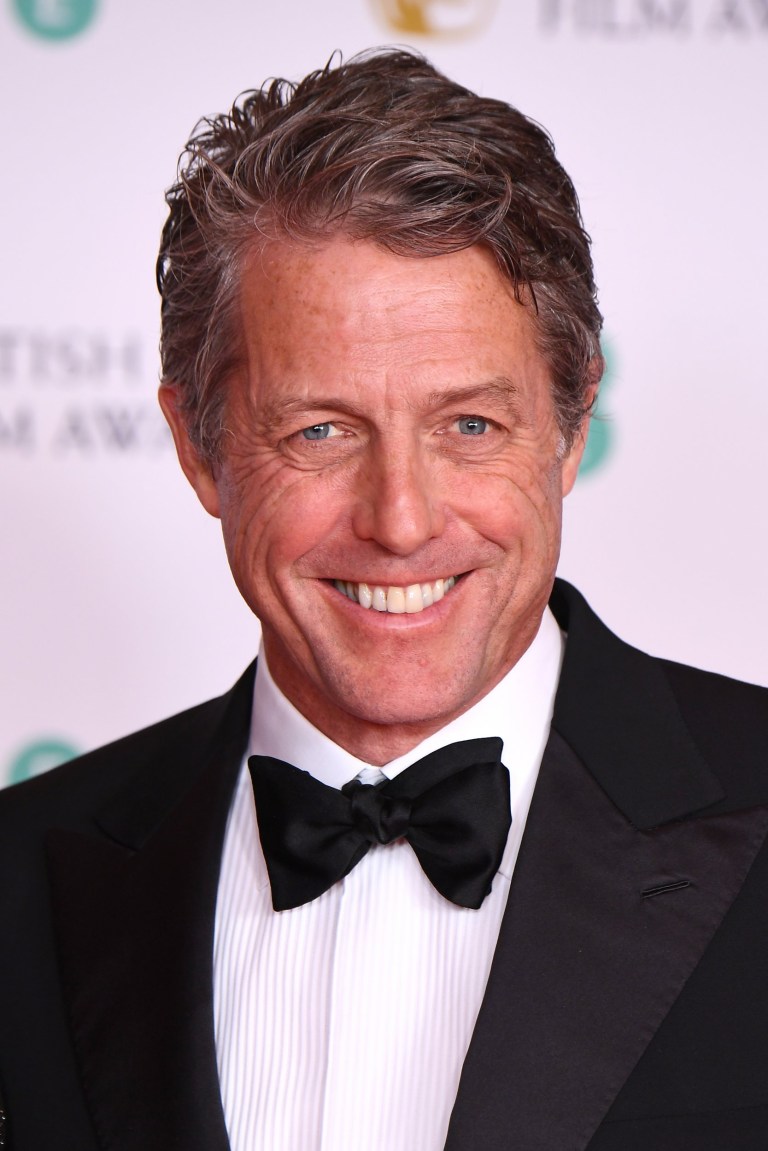 Here’s to Hugh adding another memorable onscreen baddie to his villain portfolio, which also includes the rakish Daniel Cleaver in Bridget Jones’s Diary and the flamboyant Phoenix Buchanan from Paddington 2.

It’s unclear yet whether the film will incorporate any live game-playing aspect, such as the game’s famous Dungeon Master host or multi-sided dice, or choose to solely focus on the fantasy world populated with elves, orcs, bards, dragons and a host of other magical creatures.

Dungeons & Dragons is being realised by writing and directing duo Jonathan Goldstein and John Francis Daley, who both wrote for Spider-Man: Homecoming and Horrible Bosses, and are working off a previous screenplay draft for the film by Michael Gilio.

Dungeons & Dragons is scheduled for release in 2023.