Deborah Meaden declared herself ‘so pleased’ that one couple’s business failed to secure any investment in tonight’s episode of Dragons’ Den.

Dog lovers Jamie and Gemma Pound pitched their company UK Sniffer Dogs, for which they wanted £70,000 for a 15% stake in their scent detection business, with Jamie describing sniffing as ‘mindfulness for dogs’.

He added: ‘Sniffing reduces anxiety and stress in dogs.’

However, they were unsuccessful, much to Deborah’s delight.

The businesswoman – who is the owner of four Vizslas – got straight to the heart of her concerns with the couple’s proposition, stating that she was looking for something more ‘multi-faceted’ when it came to dog training.

Deborah’s always happy to sniff out a good business opportunity, but this one left her unconvinced (Picture: BBC)

She explained: ‘What I want to do is find somebody who can say this is how to best work with your dog, as opposed to just scent training.’

Jamie shared his emotional backstory, including struggling with the trauma of 45% burns to his body after an accident as an electrician. 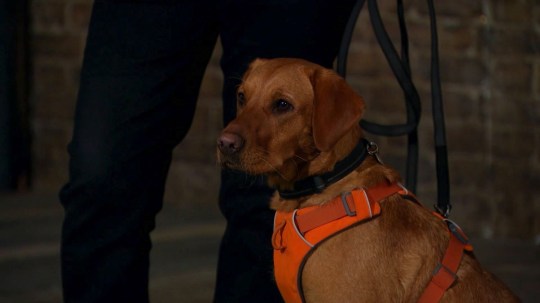 It was his late father who suggested he get himself a dog, which sparked the interest and passion for Jamie, who has also since lost that dog.

‘My heart would love to do this,’ said Deborah, but she couldn’t get past the complicated franchising and quality control issues she foresaw in their future.

She continued: ‘I promise you, you’re going to end up doing the stuff that you do not enjoy about your business because you are going to have to stop training dogs.’ 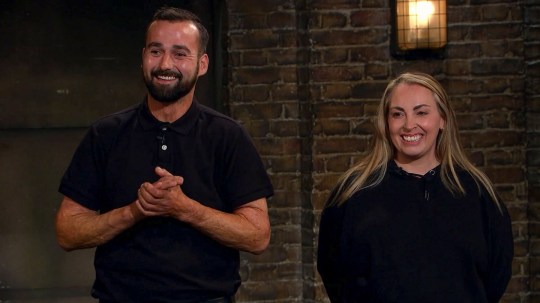 Despite that warning, Jamie laughingly described it as ‘the nicest no I’ve ever heard’.

As the couple left the Den, Deborah said: ‘I don’t think I’ve ever been so pleased that somebody didn’t get any investment!’

Despite no luck securing any investment, Jamie and Gemma left the show declaring that they’d carry on doing ‘what we do best’.

Dragons’ Den airs Thursdays at 8pm on BBC One.