On the latest episode of the BBC Three series, the queens took part in a ball on the runway, requiring them to showcase three glamorous looks, including one made from scratch inspired by RuPaul herself.

For her second look, Canada’s Drag Race star Jimbo interpreted the theme ‘butch queen’ by taking inspiration from a biker, complete with handlebars attached to her chest.

Judge Alan Carr burst into laughter beside her, clearly taken completely aback by the cheeky quip.

The queens on the stage were equally astonished, with Cheryl Hole clapping as RuPaul cackled from the panel. 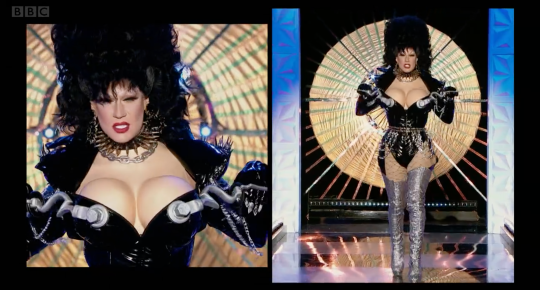 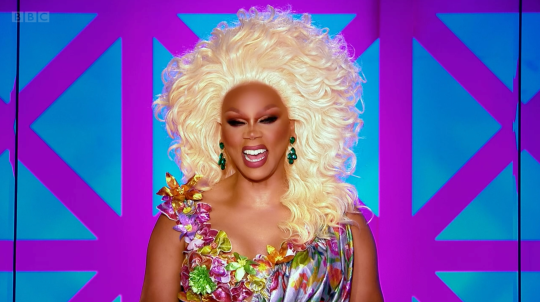 ‘I’ve got kids!’ Daisy exclaimed afterwards, adding to the hilarity.

Drag Race fans were left in hysterics by Daisy’s wisecracks, with one saying they were ‘howling’ over her banter with Alan.

‘Daisy May Cooper is hysterical. MVP of this episode. I’m in f**king stitches,’ one fan wrote.

Some viewers called for Daisy to become a permanent judge on Drag Race UK, while someone else said that in their opinion, she was the ‘best judge’ that’s ever appeared on the franchise.

Who was the second queen eliminated on Drag Race UK tonight?

Following the judges’ critiques, Cheryl Hole and Jujubee landed in the bottom two, with their fate resting on the lip sync for the win between Jimbo and Janey Jacké.

Janey was crowned the winner of the week, as she revealed that she’d chosen Cheryl to be sent home, joining last week’s eliminated queen, Canada’s Drag Race star Lemon.

‘Thank you so much for seeing something special in me when I’ve never seen it in myself,’ Cheryl said to RuPaul, before joking about the fact that she’s never won a RuPeter badge, stating: ‘It’s very on brand. No badges Chez, once again.’

In the Werk Room, Cheryl said that she was ‘devastated’, adding that she wouldn’t have done anything differently.

Drag Race UK Versus The World returns next Tuesday at 9pm on BBC Three and is available to watch on BBC iPlayer.