Who slayed the way to the top of the rankings? (Picture: BBC)

After only six months, RuPaul’s Drag Race UK is already back on our screens with series 3, introducing drag fans across the globe to a brand new line-up brimming with talent.

To kick off the season, what better way to get to know the new queens than by setting them the task of donning a look inspired by their hometowns?

That’s exactly what they did for look number one, with their second eclectic looks paying homage to their favourite things, ranging from video games to Abba, freak shows to cats.

With only one episode down, the queens have definitely proven they have a lot of promise, although some are yet to really come out of their shells.

Following the series premiere, here’s our ranking of the brand new batch of queens (and the returning Veronica Green) from top to bottom. 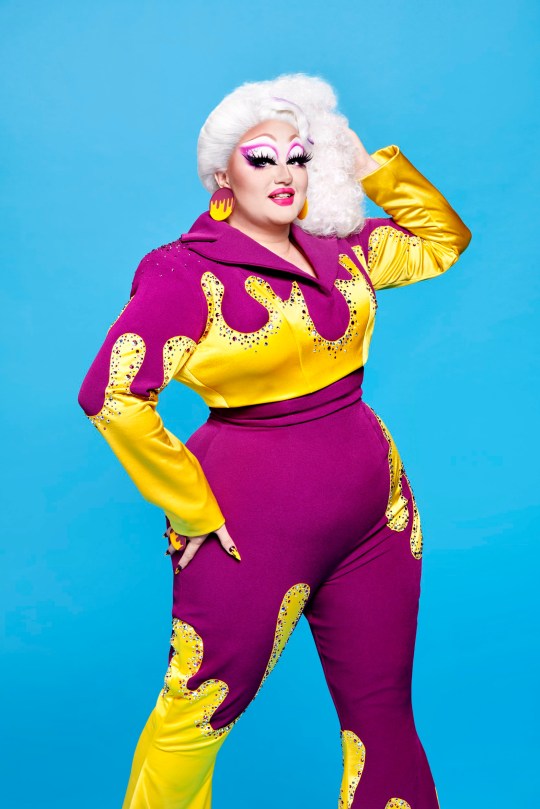 Victoria Scone, without question, knocked the first week of Drag Race UK series three out of the park.

She made her mark in the Werk Room the minute she walked in, leaving the other queens in a state of awe as they cheered her on for making history as the first cis woman ever to compete in the Drag Race franchise.

On the runway, Victoria positively bloomed as a huge daffodil to represent Cardiff, where the persona of Victoria Scone was born, before dressing as a blue and white china cake stand for her second look, complete with finger sandwiches.

Her looks were well-thought-out, pushed the envelope and were downright stunning. Victoria was undoubtedly deserving of being named one of the top two queens! 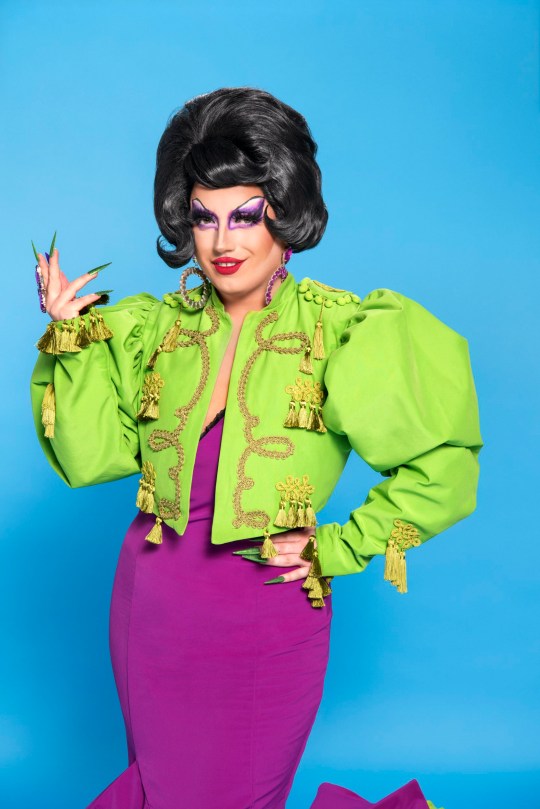 Choriza, not only triumphed on the runway, but also had an emotional moment in the Werk Room this week, opening up to Vanity Milan about how lonely she has felt during the pandemic.

The queen channelled her happiness over being surrounded by fellow queens into her runway looks, representing the Newcastle football kit in her first look and her love of art in the second.

The phrase ‘understood the assignment’ is definitely overused, but in this instance, it is wholly deserved.

Not only were both looks eye-catching and creative, but the fact that Choriza hand-painted her second look just further demonstrates how talented she is, looking like one of her own illustrations as she dazzled on the runway. 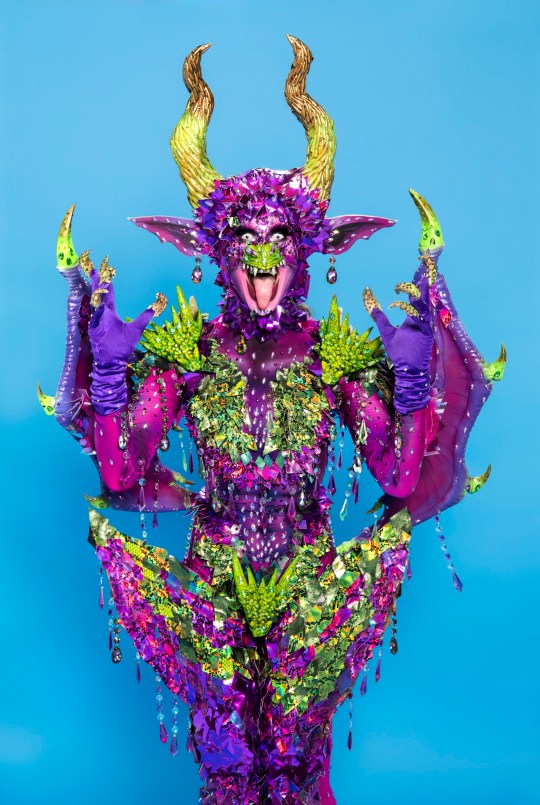 Charity is undoubtedly one of the most unique queens in the cast (Picture: BBC/World of Wonder/Ray Burmiston)

Speaking of creative queens, Charity’s handmade take on a gruesome Lancashire rose was hypnotising, right down to the sharp, terrifying teeth.

Unsurprisingly, Charity’s second look also took a horror-inspired approach, with the drag queen looking like a cousin of the American Horror Story clown as she donned her take on an outfit centred around freak shows.

While Charity is unquestionably oozing with talent, there is the risk that the judges may think she is slightly one-note if all of her outfits follow a similar path.

Nonetheless, she is unique, fearless and extremely skilled, traits that we have no doubt she’s going to use to her full advantage going forward in the competition. 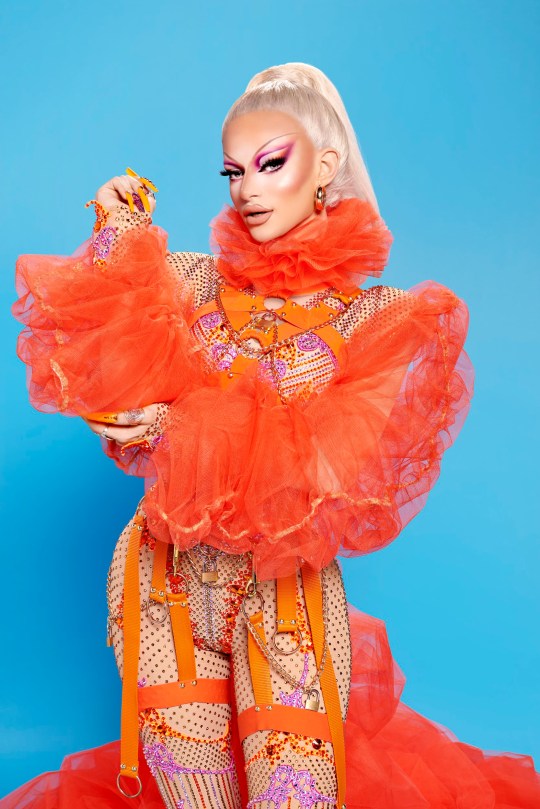 It didn’t come as any surprise when Krystal stunned on the runway, looking like a china doll as she glided down the stage dressed as a leafy garden of England to represent Kent, followed by a cat in a leopard print ensemble.

Krystal’s makeup was sickening, with the judges lapping up both her beauty and her sartorial style.

While Krystal definitely was one of the strongest competitors in week one, in our opinion, a couple of the other queens had the edge over her ever so slightly on the creative front.

But have no doubt – Krystal is a huge force to be reckoned with. 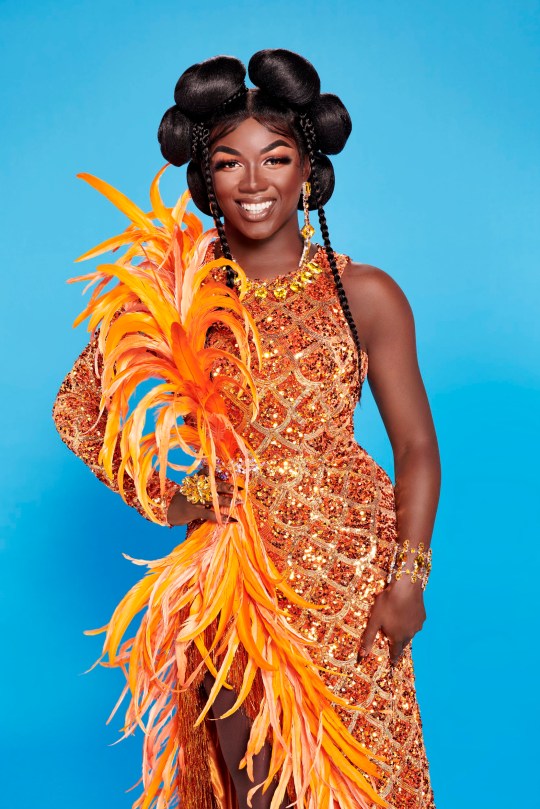 Vanity delivered two extremely strong looks for the premiere, earning her place in week two of the competition.

For her first turn on the runway, Vanity represented South London and her Jamaican roots, donning a stunning ensemble in the green and yellow colours of the Jamaican flag while also displaying postcodes from her hometown.

Her second glamorous look paid homage to Estonia, where her husband is from and where she spent five years of her life.

Not only does Vanity have an eye for fashion, but she also has one of the strongest walks in the competition and is full of the confidence needed in a drag race superstar. 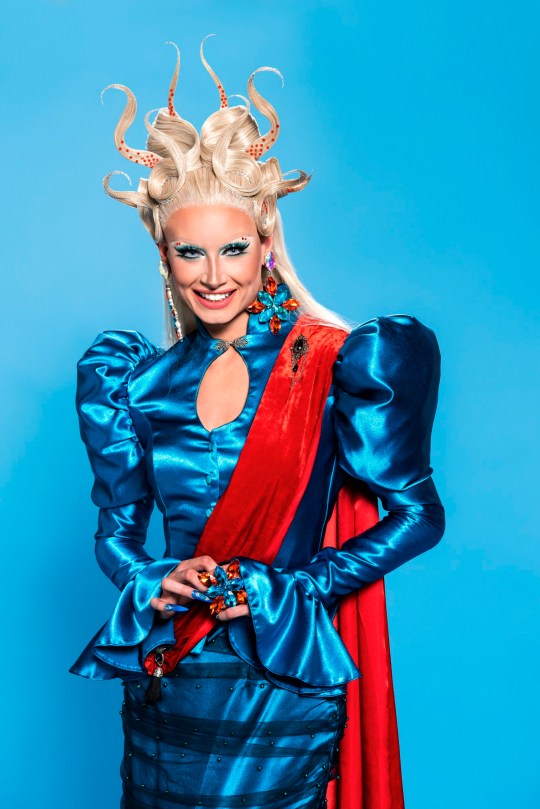 Scarlett’s first look of the episode was one of the most creative and elegant, posing as Queen Elizabeth I adorned with pearls, in honour of the working class Pearlies of East London.

As Scarlett explained, the monarch was born in Greenwich, meaning that she was technically an East London queen – and we like to think that she would have approved of Scarlett’s Elizabethan-era garb.

The drag queen took a trip back to the future for look number two, travelling to the 80s for her big-haired, music-inspired ensemble.

While her retro outfit was fun and well-received by the judges, in our eyes it did feel fairly simple, despite fitting the brief. 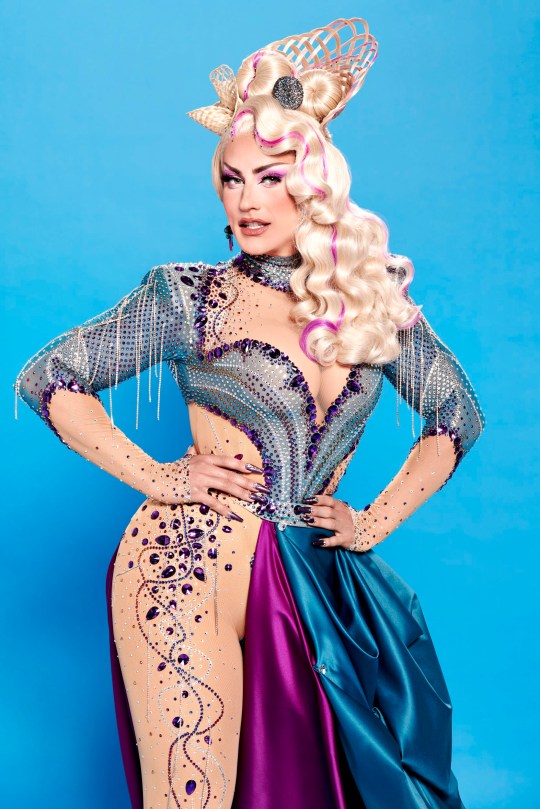 Ella offered two consistently high-quality looks for the premiere, creating a passionate tribute to the women of Dagenham who protested for equal pay at a Ford motor company factor in the 1960s.

Her second ensemble also brought an important message to the runway, representing the Pride progress flag, swirling it on the runway like a smooth-moving matador.

The only reason why Ella isn’t higher up on our ranking is that other queens went just a bit bigger and more experimental with their creations.

However, she is one Ella Va-competitor, that’s for sure. 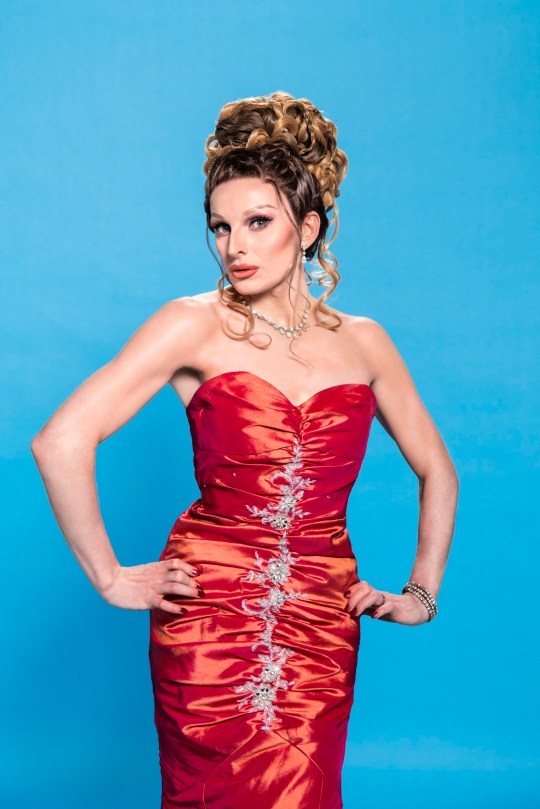 Welcome back Veronica Green! It sure feels good to see Veronica back on Drag Race UK, after her time on series two was cruelly ripped away from her due to Covid-19.

We can’t wait to see what Veronica has cooked up for the new competition, beginning her series three campaign with two fun – albeit slightly understated – looks.

First, Veronica dressed as a cotton mouse to represent the cotton mills of Rochdate, before showing off her love of computer games in a metallic jumpsuit and lime green wig.

Considering we’ve seen what Veronica is capable of – her robotic Stepford wife, for example – we know that she has the potential to sweep up the competition. Let’s see if she has what it takes the second time around! 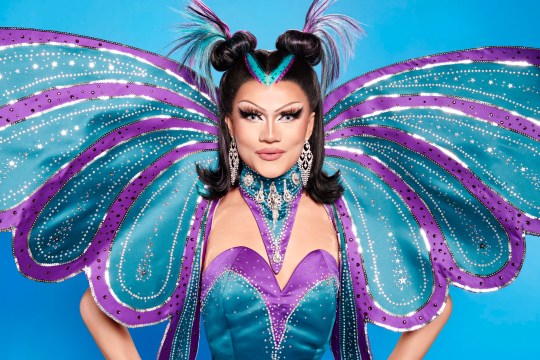 When a queen can make RuPaul laugh like the cackling Wicked Witch of the West, you know they’ve hit the jackpot.

River Medway did just that when she dressed up as the statue of Thomas Waghorn from Medway, complete with a cone on top of her head as she struck his signature pointing pose.

Despite having absolutely no idea why River kept snapping into her pointing stance, the judges were left in hysterics by the queen’s antics.

While the simplicity of River’s second music-inspired look underwhelmed the panel, you can’t argue that her stage presence was up there with the best. 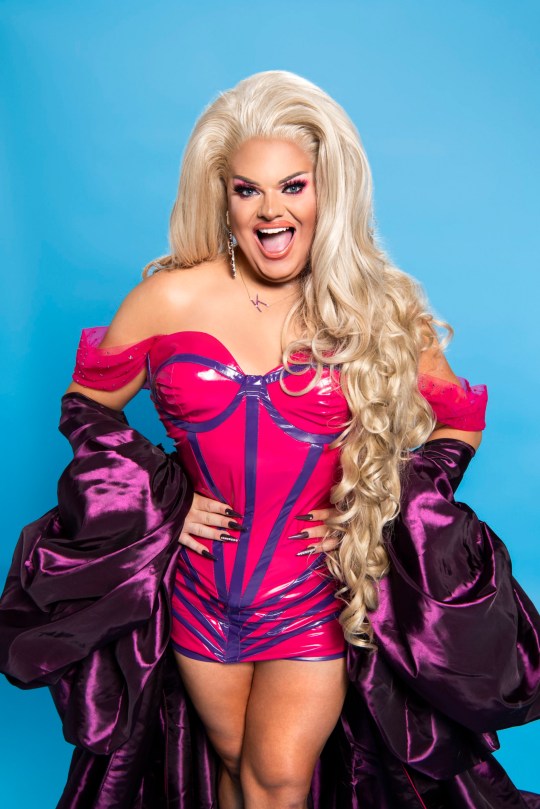 Both of Kitty Scott-Claus outfits were fun, but they were two of the least memorable ensembles on the stage.

From dressing up as chocolate in tribute to her hometown of Birmingham to paying homage to Abba with a 70s-inspired look, Kitty had the right idea with both of her looks.

However, in comparison to some of the other queens who went as big and bold as possible, Kitty’s interpretations of the themes felt like they could have stood out a whole lot more.

Having made it through to week two, we’re intrigued to see if Kitty steps up her game. 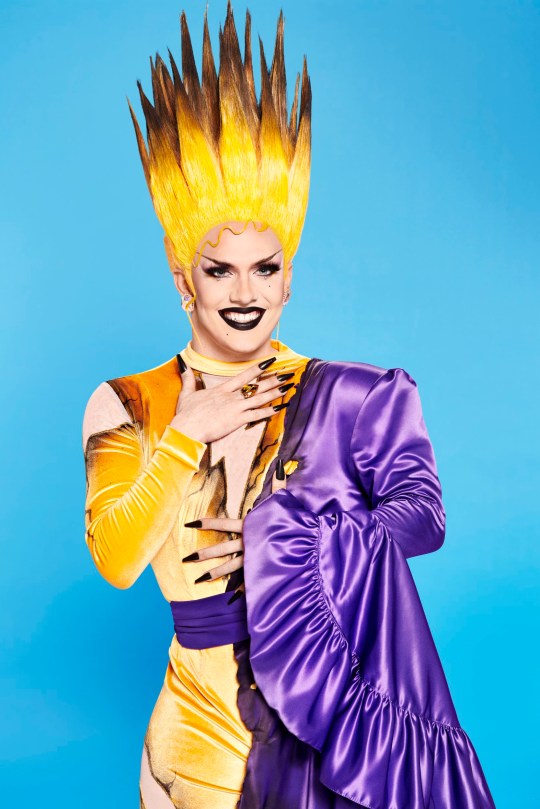 We know that Elektra is capable of so much more (Picture: BBC/World of Wonder/Ray Burmiston)

Elektra’s two looks went from one extreme to another, representing the female coal miners of Burnley before taking a trip back to her childhood in an outfit inspired by her favourite thing – her birthday.

In a similar vein to Kitty’s, the looks just weren’t as memorable as the other queens’ ensembles, with Elekra’s childish dress feeling like a repetition of outfits previously seen on Drag Race.

Eletra vowed to take things up a notch from week two, so we’ll just have to see if she lives up to her word.

Having had her first dose of Drag Race UK, hopefully Elektra now understands how much further she needs to push herself to catch up with the frontrunners of the competition. 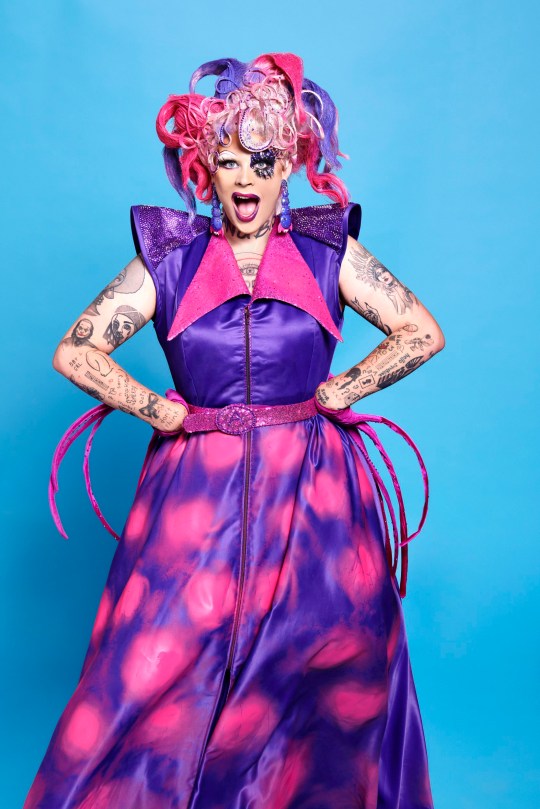 While Anubis’ tribute to the Helter Skelter of Brighton was wonderfully camp, as was her enthusiastic runway demonstration, we couldn’t help but feel that the dress itself wasn’t as well-fitted as it should have been on the Drag Race UK stage.

Her second outfit, based on sea creatures, felt incomplete, as the judges remarked that it looked as though she had simply placed a net on top of a bronze, sequinned dress.

When Anubis found out that she had landed in the bottom, she opened up to the other queens about what the outfit truly represented for her, as it reminded her of the last time she saw her dad before his death when she was in her mid-teens.

Deep thought evidently went into both of Anubis’ outfits, but unfortunately, it just wasn’t enough for her to stay in the running to become the next Drag Race UK superstar.

Nonetheless, at just 19 years old, there is no doubt that she has an incredibly bright future ahead of her.