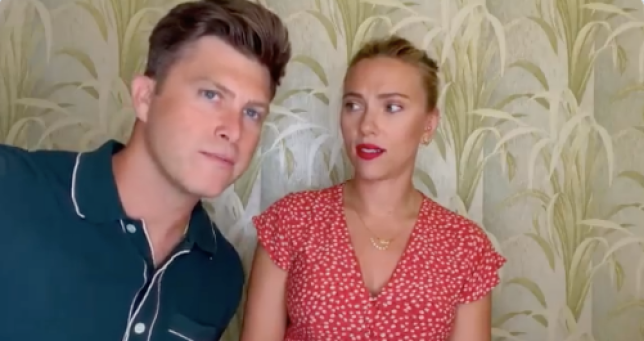 Scarlett Johansson is officially the US counterpart of Natalie Cassidy, after making a special appearance on RuPaul’s Drag Race.

The latest episode of the American series of Drag Race whittled the queens down to the all-important final four, with one acting challenge standing between them and that achievement.

The ongoing pandemic has meant that celebrity visits to the workroom have been few and far between, but a plus is that A-listers can now beam in via the magic of video calls.

After Anne Hathaway gave an acting masterclass earlier in the series, ScarJo spoke to Symone, Gottmik, Rosé, Kandy Muse and Olivia Lux as they prepared to film Henny! I Shrunk The Drag Queens.

From her home, the Marvel star said: ‘I’m such a fan of the show. I’m so sad I have not been in the workroom, but it’s been a dream of mine to participate for a long time.’

As the queens would be acting on green screen, they asked the 36-year-old for advice, with Scarlett saying: ‘Acting is all about making a situation that is unreal feel very real.’

She told them to have ‘conviction, whether you’re fighting Thanos or a giant spiky heel. If you don’t believe in your own self, nobody in the audience is going to believe you.’

Scarlett also assured those with less lines in the film: ‘Remember there are no small parts, there are only small queens.’

But before Scarlett logged off, her husband Colin Jost ducked into the screen with a rather X-rated question.

The SNL comedian said: ‘I have one guest question. The movie, will it be called Size Queens?’

As the queens cracked up, Rosé joked: ‘Hopefully, because you’re looking at a room full of size queens.’

But did Scarlett or Colin make any trumpet jokes like Queen Natalie Cassidy on Drag Race UK? The defence rests. 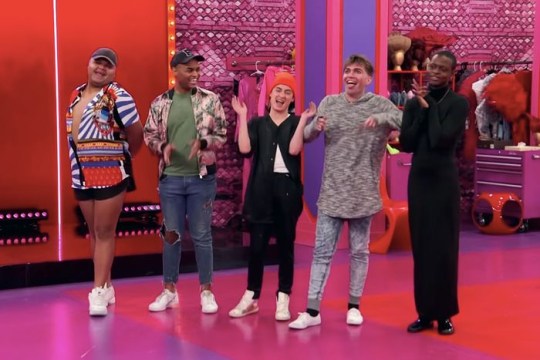 The final five were whittled down to four (Picture: Netflix)

Scarlett wasn’t the only A-lister to make an appearance on episode 13, as Oscar-nominated actress Cynthia Erivo was the guest judge on the panel.

The Harriet star even had a bonding moment with Symone, after learning that the queen played Harriet Tubman in Snatch Game.

After the critiques, as is tradition, the remaining queens were asked who they thought should go home, and four queens chose Olivia Lux, who herself, after much deliberation, chose Kandy.

It ended up being Olivia and Kandy in the bottom – with Rosé landing her third win – and after an inspired lip sync to Cher’s Strong Enough, it was Olivia who sashayed away.

Now we have our final four, with either Symone, Gottmik, Rosé or Kandy Muse set to take over the crown from Jaida Essence Hall.

RuPaul’s Drag Race season 13 is available to stream on Netflix.