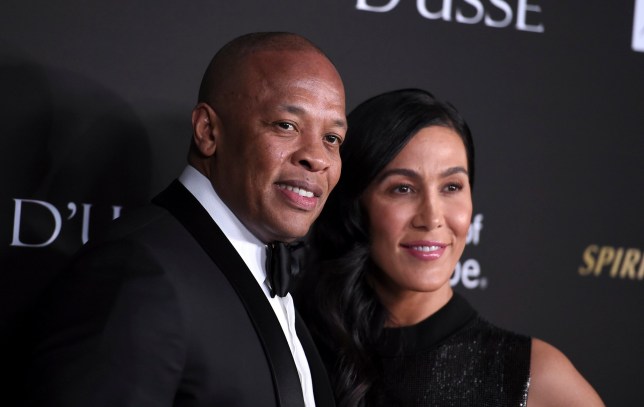 Rap icon Dr Dre appears to slam his estranged wife Nicole Young in a snippet that’s been released from his new song.

The rapper has been caught up in a bitter divorce battle with his former partner of over 20 years, and the NWA star made his feelings about the split clear on the new track.

In a preview shared by DJ Silk which also features KXNG Crooked, Dre is heard taking shots at his wife, saying she ‘f**ked’ with him while he was in surgery for a brain aneurysm in January.

The Beats by Dre mogul spits: ‘Trying to kill me with them lies and that perjury / I see you trying to f**k me while I’m in surgery /

Dre was taken into hospital on January 4 after suffering an aneurysm at home and placed into intensive care. 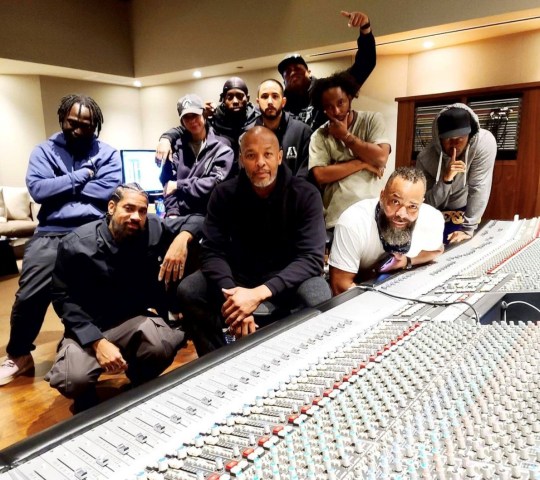 He updated fans two days later to say he was ‘doing great’ and immediately made his way to the studio after he was released from hospital.

Fellow record producer Focus took to Instagram on Saturday with a picture of Dre joining him and a group of others in the studio.

‘My Big Bro is Super Good!!! We Working… I TOOK THE PIC SO IM HERE!!!! #AFTERMATH #aftermathematix,’ he wrote. 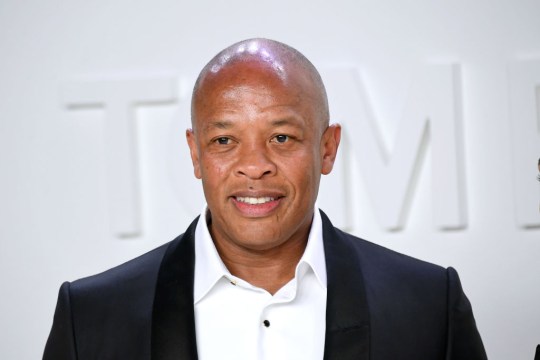 It comes after Dre returned to social media to thank everyone for their support while he was hospitalised.

‘Thanks to my family, friends and fans for their interest and well wishes. I’m doing great and getting excellent care from my medical team,’ he wrote on January 6.

‘I will be out of the hospital and back home soon. Shout out to all the great medical professionals at Cedars. One Love!!’

Dre was moved out of the intensive care unit at Cedars-Sinai Medical Center in Los Angeles on Wednesday and place into a private room until he was discharged.

Dr Dre has reportedly agreed to pay his estranged wife Nicole Young $2million (£1.47million) in temporary support ahead of their next divorce hearing.

The music mogul, 55, who is currently in hospital recovering from a brain aneurysm, is said to have made the one-off payment to Nicole, but she will be liable for her own divorce attorney fees according to TMZ.

The site reported that Nicole had allegedly asked for $2million (£1.47million) a month plus another $5million (£3.7million) in attorney’s fees, something a court recently denied and the pair are due to have another divorce hearing in April.

Sources have claimed Dre is going to continue paying Nicole’s living expenses at her home in Malibu as well as those of her mother’s home in the Pacific Palisades for the next few months, but he will not pay her security costs which she is expected to cover from the $2million.

He reportedly had to sign the deal for the one-off payment from hospital, while he was receiving treatment.