All aboard for a trip through time and space (Picture: Doctor Who: Time Fracture/BBC)

When I entered the doors to begin my Doctor Who: Time Fracture experience, I had no idea what to expect. I was a big Doctor Who fan when the BBC series returned with Christopher Eccleston in 2005, remaining a fan in the years since despite not always watching regularly.

I’ve been meaning to get back into Doctor Who properly for ages, especially so that I can keep up with what could be Jodie Whittaker’s final outing as the Thirteenth Doctor next year. In all honesty, going to Time Fracture might have been the final push I needed to return to the fandom, even in spite of some of the frazzled aspects of the immersive experience.

At the start of the event, guests are informed by uber enthusiastic scientists that at the height of the Blitz during the Second World War, a mysterious weapon was dropped in London, opening up a rift in time and space.

For decades, an organisation called UNIT has strived to protect the people of Earth against the dangers the fracture poses. However, just as it appears the rift may cause the destruction of life as we know it, the Doctor brings in reinforcements – ie you – to save the universe.

The first stage of the event is fairly manic to say the least. You and the group of guests you’re a part of are brought into a room that sort of resembles the inside of the Tardis, given random jobs to do on the computer monitors while trying not to bump into other attendees in a similar state of confusion.

Although it felt a bit like being shepherded around a science museum by your primary school teachers, the actors must be commended for their enthusiasm and commitment to their roles, keeping energy levels high before escorting the visitors through the Time Fracture to another period of time – which is when the fun really kicked off. 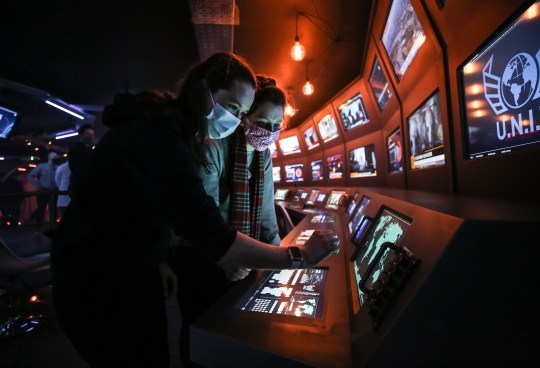 Guests embark on a mission to save the universe. No biggie (Picture: Doctor Who: Time Fracture/BBC) 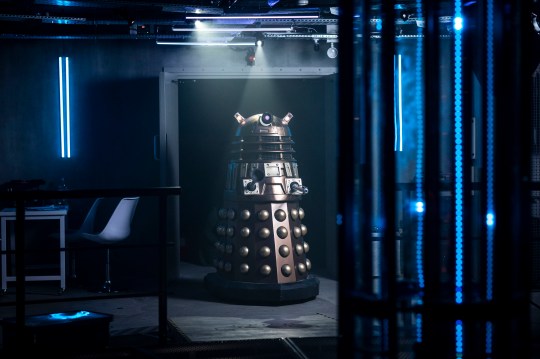 Watch out for the Daleks! (Picture: Doctor Who: Time Fracture/BBC)

Rather than take a trip to the future, you’re sent way into the past, winding up at the court of Queen Elizabeth I. The courtiers are extremely well cast, making you make utter fools of yourself as you try to impress the steely monarch.

This part of the experience became a bit of a whirlwind for me – I ended up being called up on the stage to woo the queen, before becoming engaged and married in a matter of minutes. Who knew I was going to end my day happily wed?

I can imagine if you spend your time at Time Fracture standing on the sidelines, unwilling to play along when Time Lord Guides whisper missions in your ear, you might miss out on the childlike enjoyment of it all. But if you go along with the fun, it’s a rip-roaring time. 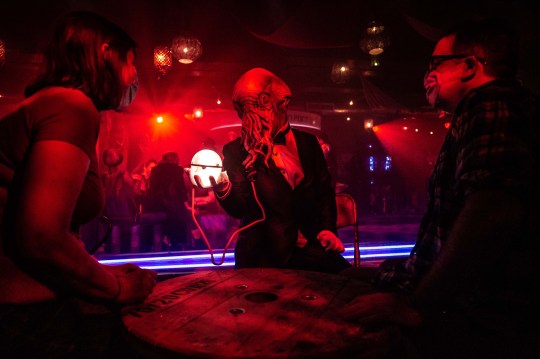 The costumes and make-up look like they’ve come straight from the Doctor Who set (Picture: Doctor Who: Time Fracture/BBC) 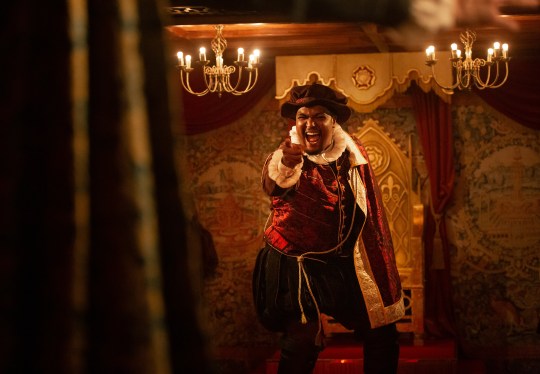 It’s all fun and games in the court of Queen Elizabeth I… until someone’s head is chopped off (Picture: Doctor Who: Time Fracture/BBC)

One of the most magical elements of Time Fracture is the inclusion of iconic aliens from the TV show’s history. The Daleks are – surprisingly – not the main attraction. Brian the Ood looks just as slimy up close as you would imagine when watching the show on TV, while the Cyberman and the Kerblam Man are as creepy as ever.

But the encounter that came the closest to being legitimately frightening was with the Weeping Angels, arguably one of if not the most terrifying foe the Doctor has ever faced.

Despite being well-aware that the creatures are actors dressed up in statuesque costumes, for a second, the child inside of you remembers the fear you had when you watched them appear on TV for the first time.

The costumes and make-up for Time Fracture are exquisite, including those of the aliens aboard the spaceship bar who serenade you while you enjoy a break and a tipple in the middle of the event.

Overall, Doctor Who: Time Fracture takes after the show from which it’s based – it’s fun, silly and doesn’t take itself too seriously. If that sounds like your cup of tea, then hop on board.

The experience ends with an homage that could leave Whovians genuinely emotional, while also reminding them exactly why they fell in love with the iconic TV series in the first place.

Tickets for Doctor Who: Time Fracture start from £49.95 per person.