The super-fan could not believe it! (Picture: BBC)

One Doctor Who fan was left flabbergasted when he learnt on Antiques Roadshow how much his collection of autographs is worth.

The unnamed super-fan brought his extensive signature set to Alexandra Palace, North London, where a special episode of the show was filmed to celebrate 100 years of the BBC.

He started collecting signatures from cast members of the show after falling in love with the series, which first aired in 1963, which he praised for being ‘a science fiction series the whole family could watch.’

Showcasing his seriously impressive collection of, wait for it, 900(!) autographs, the proud Whovian said his favourite is that of Roger Delgado.

‘As well as all the actors who played the Doctor and companions, I’ve collected an awful lot of autographs from actors who’ve played supporting parts in separate stories,’ the collector shared. 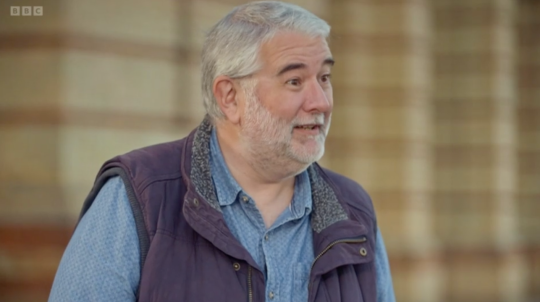 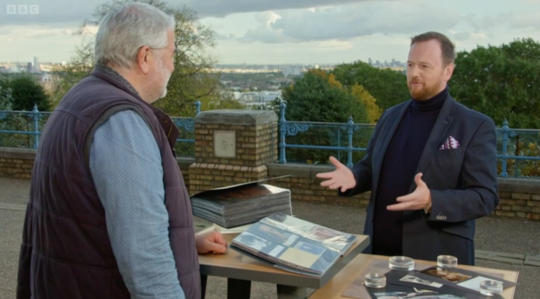 Expert Will Farmer was amazed at the size of the autograph set (Picture: BBC)

With photos and signatures from Tom Baker, Patrick Troughton, William Hartnell, and so many more, the folder was fit to burst, leaving expert Will Farmer amazed.

‘This is the best part of your life’s work and it’s phenomenal,’ he told him, before blowing the Doctor Who fanatic away with an estimate on how much the collection is worth.

‘I’ve done my maths and spent my time with these albums and yes, there are signatures in here that are more affordable, and some that are more valuable, but even taking a mean average of 900 autographs I think you’re looking at somewhere between £25-£30k.’ 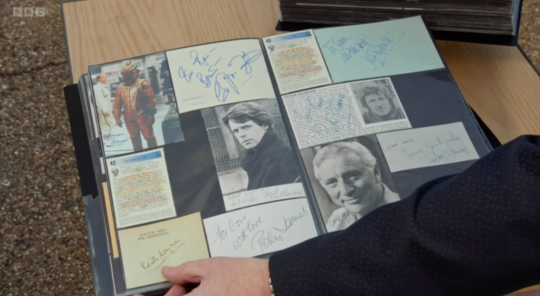 He valued the signatures between £25-30k (Picture: BBC) 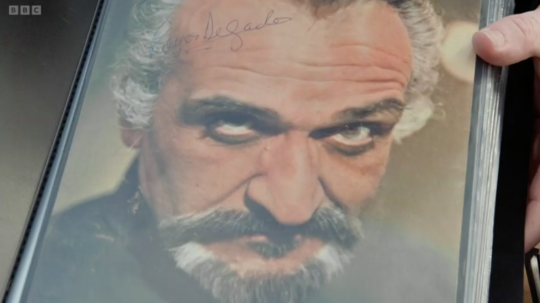 The Whovian said his favourite signature was that of Roger Delgado (Picture: BBC)

Naturally, the avid collector was lost for words, as he responded: ‘God. Right. Wow. I feel a little bit sick hearing that. I absolutely had not expected it to be that much. Blimey. I think that’ll probably cheer up my wife as well, bless her.’

‘The nice thing is that money is secondary, the passion of it is first,’ expert Will praised, to which the fan agreed.

However, despite the whopping value of his collection, he has no intention of selling.

‘It’s never gonna be sold, it’s something that I love to sit and flick through and it brings back lovely memories all the time.’ 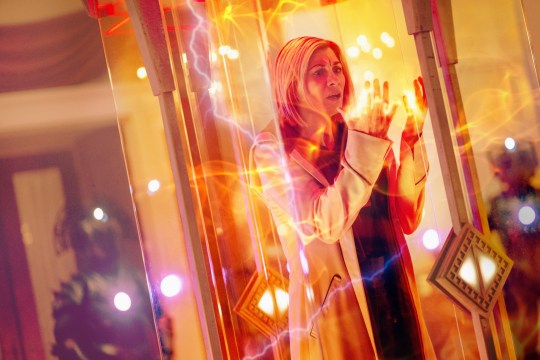 Jodie Whittaker will bow out as Thirteen before Ncuti Gatwa takes her place as the Time Lord (Picture: James Pardon/BBC Studios)

‘I’ve never really thought of how much it’s worth until I counted them all at 900, and I didn’t know at the time whether to feel proud or ashamed, but now I feel very proud,’ he added.

‘It’s remarkable to know that they’re worth that much.’

Unsurprisingly, viewers at home couldn’t believe the value of the autographs, with one tweeting: ‘Wow 30 grand for #DoctorWho autographs!!’, feeling inspired to dig their own collection out just in case.

Well, right now does seem the perfect time to reflect on Doctors of the past, as Jodie Whittaker bows out as the first female Time Lord.

Ncuti Gatwa, famous for appearing in Netflix’s Sex Education, will take her place as the fourteenth Doctor.