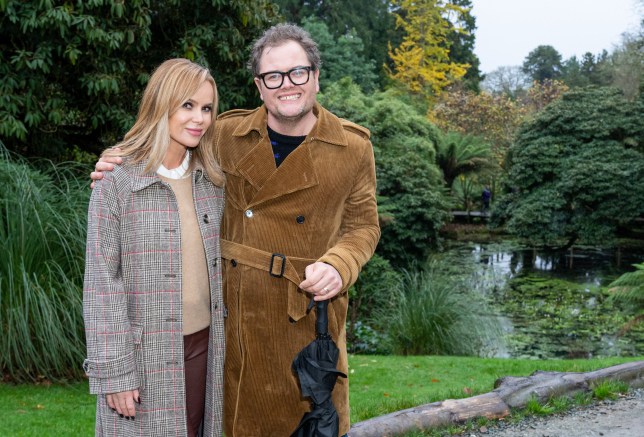 Alan Carr and Amanda Holden have become the latest famous faces to appear on ITV series DNA Journey, tracing their family histories in front of the cameras.

Hilarity obviously ensued as the pair stumbled down memory lane – with a teaser showing them giggling through their appearance.

Sharing a glimpse at the show on Instagram, the Chatty Man star penned: ‘Our DNA Journey starts tomorrow on @itv 9.00pm – me and @noholdenback found out so many interesting things about our ancestry.

‘Oh there was laughter, tears and the twists and turns just kept on coming #ourdnajourney.’

In the teaser, Alan could be heard admitting: ‘I just don’t want to be let down,’ as they made their way to a DNA lead.

The pair have been close friends for years, and the Britain’s Got Talent judge has previously had a whale of a time on the sofa of Alan’s chat show.

However, Amanda was desperate to take things one step further – hoping to uncover a family connection with her pal.

On a previous show, hosts Ant McPartlin and Declan Donnelly found out that they were distantly related, giving us another level to their very close bond.

And, chatting about the presenters, Amanda revealed she was hoping to follow suit – but sadly it didn’t quite work out… 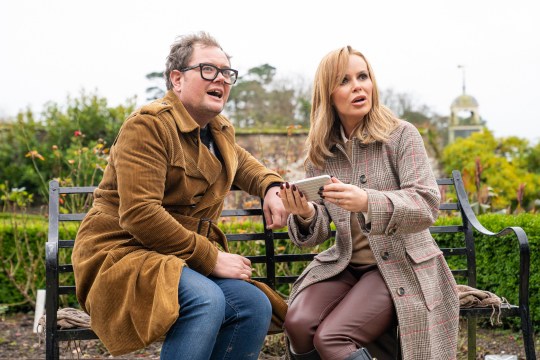 Appearing on Heart Breakfast today, she said: ‘There’s no connection between us except that we love each other but all the way through I was hoping…

‘All the way through I was hoping I was related to Alan Carr…but we’re not.’

Alan joked: ‘I was dreading being related to Amanda, because I’ve seen Ant and Dec were and I was like, “Oh no no no.”

‘But then we would see our relatives of course and I’d be surprised, literally go behind that door and there is your relative.

‘So we’d go there and Amanda, they didn’t know who they were related to out of me and Amanda and I’m not being rude…

Seeing the funny side, Amanda added: ‘All of them, it was so funny, they didn’t know who was coming round the corner and of course they see Alan and they are all praying that they’ve got Alan as a relation!’

Amanda and Alan aren’t the only famous faces to trace their histories with the help of Ant and Dec, Rob Beckett and Romesh Ranganathan, Freddie Flintoff, Jamie Redknapp and Martin and Roman Kemp taking part.

DNA Journey continues on Wednesdays, at 9pm, on ITV.