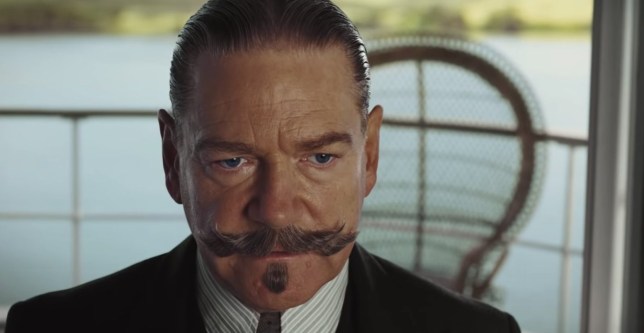 Death On The Nile will no longer be released this year (Picture: 20th Century Studios)

If you were planning on a cinema trip in the run-up to Christmas – if cinemas are open by then, that is – your options just got a lot more limited.

Disney has removed two of its most eagerly anticipated films from its December schedule, as the coronavirus pandemic continues to affect the entertainment industry.

The sequel to Murder On The Orient Express, Death On The Nile, was scheduled for release on December 18.

Meanwhile, Ryan Reynolds’ action comedy Free Guy has also been relieved of a 2020 release date, after originally being scheduled for release on December 11.

The film, following a bank teller who discovers he’s a background character in a video game, also stars Jodie Comer and Taika Waititi, and like Death On The Nile, has not yet ben given a new release date.

Free Guy was supposed to be released in December (Picture: 20th Century Studios)

The two movies are the latest to be ousted from the 2020 schedule, in a year which has seen just a handful of big screen releases since March.

Last month, it was confirmed that No Time To Die, the 25th James Bond movie, has been pushed back yet again to April 2021, after initially being shunted to November from its original April 2020 release date.

F9, the latest installment in the Fast and Furious franchise, has also been pushed back to 2021, as has A Quiet Place 2.

As it stands, the only blockbuster still on course for a December release is Wonder Woman 1984, starring Gal Gadot.

However, director Patty Jenkins previously admitted that nobody ‘can be confident’ about whether a date will change or not, saying she is ‘hopeful’ that the comic book film will meet its December 25 release.

Disney has also removed its Pixar animated film Soul from a cinema release, but will drop it on its streaming service Disney Plus on Christmas Day instead.

Mulan was released on the streaming service in lieu of a cinema release earlier this year.

Cinemas are currently shut across the UK and Ireland due to lockdowns.