This is a case for Benoit Blanc! Selena Gomez was spotted wearing a sweater that looked a lot like the one Chris Evans wore in Knives Out while supporting her bestie Taylor Swift on Saturday Night Live. Now fans are wondering if this is another clue that the romance rumors are true.

Following her Saturday, November 13, SNL performance of the 10-minute version of “All Too Well,” Swift, 31, shared a TikTok clip of her and the Only Murders in the Building actress, 29, hanging out backstage.

In the lip sync video, which the “Red” singer posted on Sunday, November 14, she lets her followers know that “her bestie is a bad b–ch.” When the camera turns to Gomez, she’s wearing a cable knit pullover that should look familiar to anyone who saw Evans, 40, in the 2019 whodunnit directed by Rian Johnson. 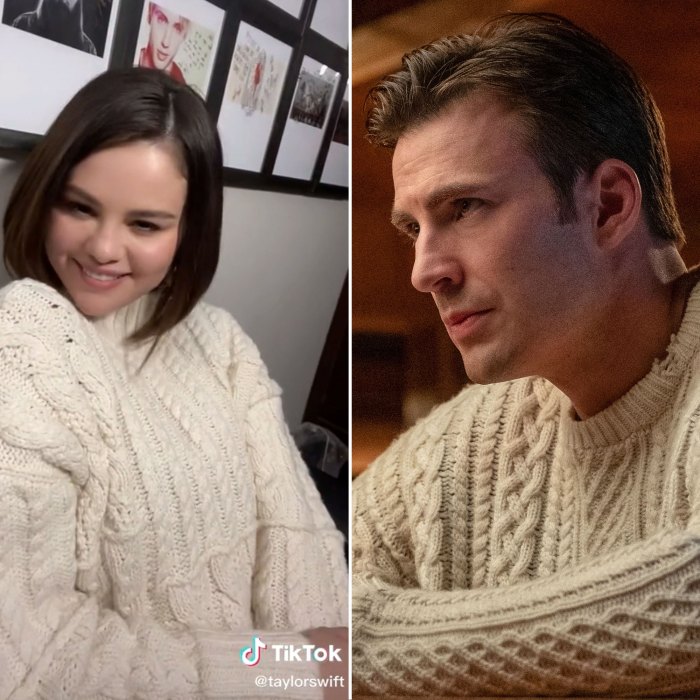 Knowing Swift’s penchant for social media Easter eggs, her followers wondered if Gomez’s fashion choice was less about warmth and more about confirming the recent rumors that she and the Avengers: Endgame star are a couple.

Neither Evans nor Gomez have commented on the fan theories which have swirled around the internet since October after the pair were spotted leaving the same studio in Los Angeles. Days later, the actors were photographed at the same restaurant in the city. The pair didn’t pose for a photo together — but the background locations in each snap matched.

Later that same month, an eagle-eyed TikTok user questioned whether the Rare Beauty founder secretly appeared in an Instagram video Evans posted of him playing Prince’s “Purple Rain” on the piano. “Whose [sic] the brunette filming bottom right corner Chris?” one person asked on October 26 after zooming in on a possible reflection on the piano.

While some TikTok users agreed that there was someone else in the clip, another person reminded everyone that Gomez had “recently cut her hair,” so if it were her, her shorter bob would be reflected. 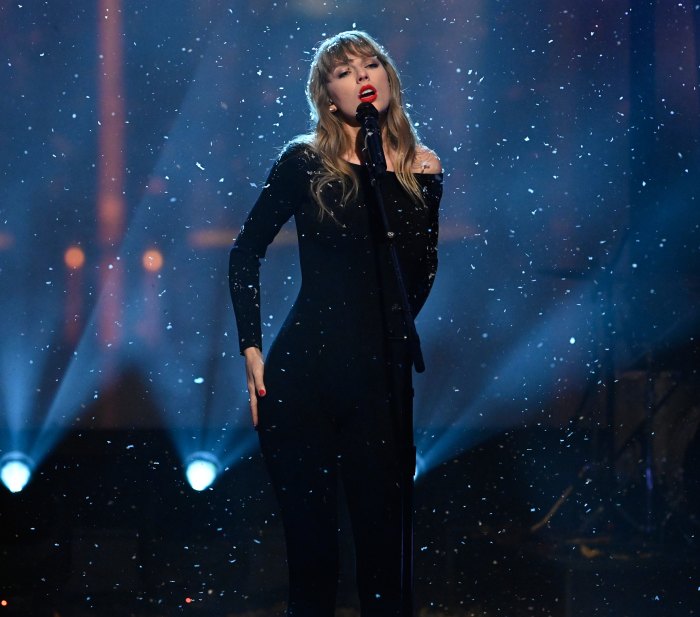 Still, the video added fuel to the fire that the two could be an item — especially, since the “Good For You” singer previously said she had a crush on the MCU hunk.

“I kind of have a crush on Chris Evans. Isn’t he cute? He’s very cute,” she noted during a 2015 appearance on Watch What Happens Live With Andy Cohen when she was asked about her love life. After Andy Cohen noted that his “gay brother” bartended on WWHL one week earlier, she excitedly added, “Really? Last week? Maybe it’s meant to be.”