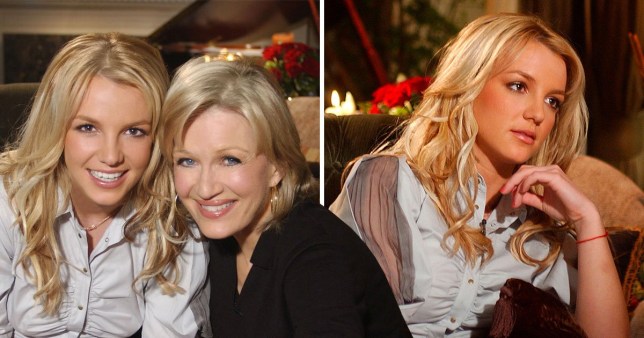 Framing Britney Spears viewers were left horrified by clips from her 2003 interview with Diane Sawyer, which saw the journalist seemingly defend a woman who stated she would shoot the pop star.

Key excerpts from the Primetime Thursday exclusive interview between Sawyer and Spears were shown in the New York Times documentary which delved into the issues behind the conservatorship the star has been under for 12 years and the #FreeBritney movement.

Highlighting the disturbing media coverage and interviews that Spears was subjected to as a child star and later a teenager, many have taken time to analyze the harsh interview style Sawyer used against the then-22-year-old singer.

The interview kicked off with Sawyer asking Spears if she liked her voice, and reading quotes from articles questioning whether the Drive Me Crazy singer would be able to last as long as Madonna in the industry.

Wide-eyed Spears could only smile and answer honestly as she revealed her admiration of Christina Aguilera’s powerhouse vocals, and expressed her hopes to have a long-lasting career.

Sawyer’s pressing style of questioning continued as she criticized some of the sexier photoshoots the popstar did, including an Esquire shot in which the side of her bottom was bared, and a cover of Rolling Stone for which she posed topless, but with her chest covered by a pillow.

The journalist, now 75, asked: ‘What happened to your clothes? What is it about?’.

Spears was unapologetic as she replied: ‘What is it about? It’s about doing a beautiful picture. I feel comfortable in my skin. I think it’s an okay thing to express yourself.”

When Spears tried to point out that other young actresses and singers such as Kate Hudson and Jennifer Lopez were also posing for similar editorials, Sawyer stated: ‘Everyone always thought you had a different relationship to young girls.’ 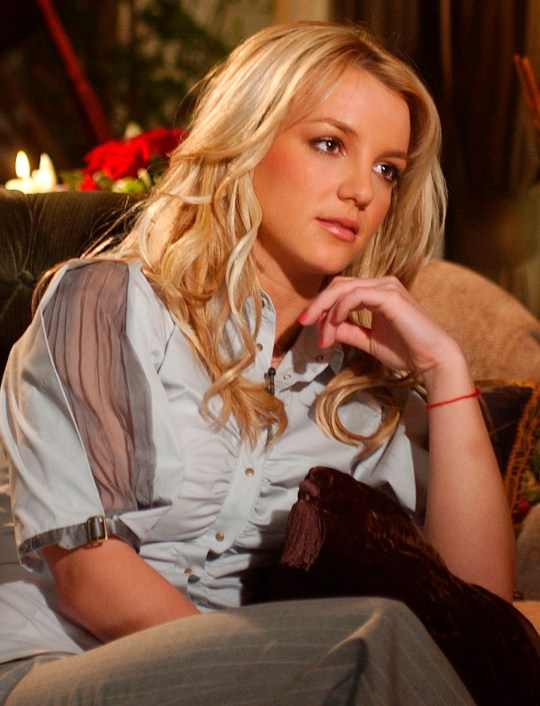 The journalist only moved on from the subject after getting Spears to admit she had regrets about one particular spread which saw her topless with pearl necklaces protecting her modesty.

In a voiceover, Sawyer suggested Spears was ‘getting burned by the fire she lit herself’.

A big part of the chat was when Sawyer grilled the Oops! I Did It Again singer grilled about losing her virginity and whether she cheated on Justin Timberlake, moments after she broke down in tears over her recent break-up.

Sawyer said: ‘He’s gone on television and pretty much said you broke his heart, you did something that cause him so much pain, so much suffering. What did you do?’ 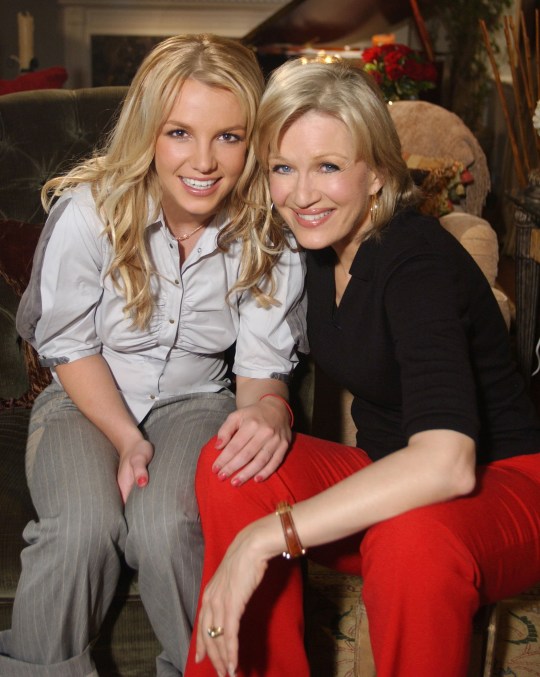 The pair were all smiles in pictures, but the journalist probed on topics which the singer struggled to speak about (Picture: REUTERS)

Spears replied: ‘I was upset, I was upset for a while. I think we’re both really young and it was kind of waiting to happen. I will always love him, he will always have a special place in my heart, he is such a great person.’

Sawyer continued to probe as she read a quote Spears gave: ‘But you said, “I’ve only slept with one person in my whole life, two years into my relationship with Justin.” And yet he’s left the impression that you weren’t faithful, that you betrayed the relationship.’

A clip was then played of Timberlake boasting about ‘f***ing’ the popstar on a radio show, with Spears admitting she felt ‘exploited’.

There was more focus on Spears’ private life as ABC played a clip of Fred Durst from Limp Bizkit talking about his alleged hookup with Spears, with Sawyer reading another quote by Spears quote in which the singer had stated: ‘I’m not doing so good with relationships.’ 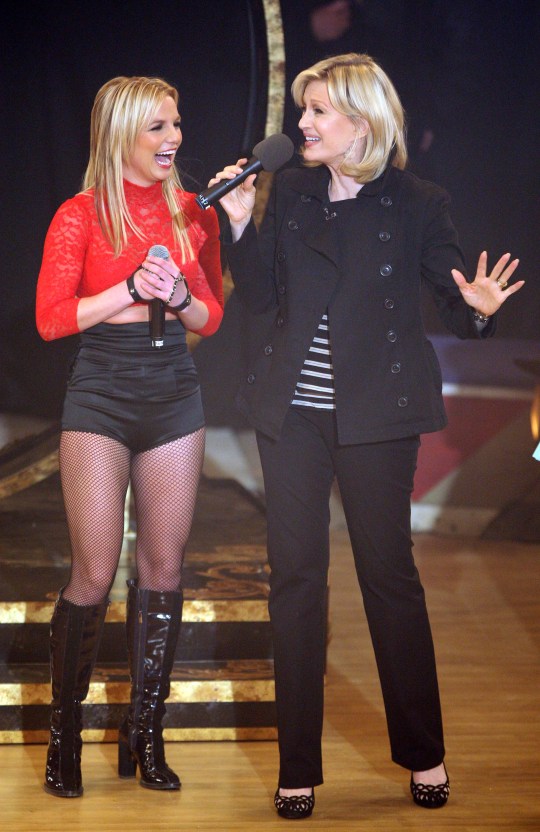 The pair continued to interact throughout Britney’s career – pictured together in 2008 (Picture: Bryan Bedder/Getty Images)

The chat also focused on Spears’ infamous on-stage kiss with Madonna at the 2001 MTV Music Video Awards as Sawyer made claims about the responsibilities of a role model.

‘It’s one thing to not want to be the role model anymore,’ the reporter commented. ‘It’s another thing not to know that a lot of young girls are looking at this…a lot of them.’

Elsewhere, Spears had to prove she wasn’t ‘addicted’ to shopping simply because she was often pictured being new things.

I think itâs time to have a conversation about Diane Sawyer being one of the mediaâs greatest tools of misogyny in the aughts. Her interviews w #BritneySpears #WhitneyHouston are truly some of the most vile from an era particularly vile to women in the limelight. pic.twitter.com/SkDLlfP7H0

Arguably, the most shocking moment came when the show played a clip of former First Lady of Maryland Kendel Ehrlich stating: ‘… really, if I had an opportunity to shoot Britney Spears, I think I would.’

Spears called the comment ‘horrible’, but Sawyer seemed to defend Ehrlich’s outburst, saying she said it ‘because of the example for kids and how hard it is to be a parent and keep all of this away from your kids’.

The popstar clapped back, ‘Well, that’s really sad that she said that, ew. I’m not here to babysit her kids,’ but did end up in tears due to the horrible nature of the clip.

Ironically, the comment was made at a domestic violence function; with Ehrlich going on to be sworn in as the director of the Office of Sex Offender Sentencing, Monitoring, Apprehending, Registering, and Tracking by the then President Donald Trump last year.

Unsurprisingly, fans have been calling for Sawyer to make a public apology for the interview. The journalist is yet to comment about the backlash.

Framing Britney Spears is available to stream on Sky Documentaries and NOW TV in the UK, and on Hulu in the US.