Editor’s Note: While this interview was conducted with all six members of LE SSERAFIM, NME has made the editorial decision to exclude Kim Ga-ram’s answers from this interview due to the controversy surrounding the singer, as well as her ongoing hiatus from the group.

“I want to become stronger / I want to take up the challenge / I will not bend / I am fearless,” declare HYBE’s brand-new girl group LE SSERAFIM on ‘The World Is My Oyster’, the opener of their debut mini-album, ‘Fearless’. Some might be surprised to learn that the South Korean entertainment giant, led to unrivalled international success by K-pop juggernauts BTS, have never debuted an all-female act until, well, now.

Coined by HYBE founder and chairman “Hitman” Bang, the group’s name is an anagram of the phrase “I’m fearless”, and inspired by the Seraphim, a mythical six-winged celestial being, hence LE SSERAFIM’s six members: Miyawaki Sakura, Kim Chae-won, Huh Yun-jin, Nakamura Kazuha, Kim Ga-ram and Hong Eun-chae. Between their promotional activities for their debut mini-album ‘Fearless’, the promising new act sit down with NME to discuss their long-awaited debut, and all that has led up to this moment.

“We feel incredibly honoured and grateful to receive so much love and support,” says Chae-won, who promises to lead the group to their fullest potential. Meanwhile, adds the bright-eyed Eun-chae, the youngest member of LE SSERAFIM, speaks about how “every day feels like a dream”, while reflecting on the time they spent preparing for their debut. “I get emotional when I think about all of the dedication we’ve made along the way. I’m very thankful that the six of us have come together.”

“I’ve never had a period in my life where I’ve dedicated this much effort, energy, and time all at once,” vocalist Yun-jin chimes in, describing the process as “grueling”. Although, it was all worth it for the singer, who says that “[since] we’ve finally made our debut, I feel proud and rewarded for all the hard work we’ve put in”.

It has been a long time coming for the 20-year-old singer, who was first cast into the spotlight on the Mnet reality TV competition Produce 48 back in 2018 as a trainee from Pledis Entertainment. While two of her current bandmates, Chae-won and Sakura, made the final line-up and joined IZ*ONE, Yun-jin had been eliminated in its penultimate episode and went back to life as a trainee.

“It stays with me as a very special time in my life,” she tells NME, fondly looking back on the memory. While Yun-jin had to return to the wings, waiting years for her next opportunity to debut, the optimistic vocalist shares that she had dedicated the time to reflection and growth. “Everything happens for a reason and, in retrospect, I’d like to thank my younger self for enduring everything,” she proclaims. “In the end, every decision I made helped me to find this family, and this team that I can call my home.”

On the other hand, for fellow Produce 48 alumni Chae-won and Sakura, LE SSERAFIM marks their second and third times, respectively, debuting in a group. The latter is the most seasoned of the six, having started her decade-long career at the age of 13 in the Japanese idol group HKT48. At 24, Sakura says she considers LE SSERAFIM the “last” group of her career.

With this in mind, the Japanese singer has resolved to develop her craft to the best of her potential. “I think my fans will be surprised by my dancing and singing [this time around],” shares the star, who did not experience the rigorous South Korean training system when she joined IZ*ONE. “I had my first trainee experience when I came to HYBE, and I had the opportunity to build my skills from the ground up. I think people will be surprised to see this growth.”

Regardless of experience though, is there anything that can truly prepare a person for their debut under one of the most-watched entertainment agencies – not just in South Korea but across the globe? “There was definitely pressure,” Chae-won admits. “But it gave me a greater sense of responsibility and pushed me to do even better. I’m trying to enjoy all of the attention and pressure that come along the way.”

And it seems like the way Chae-won views the pressure of their debut is echoed by the other members of LE SSERAFIM. But it rings especially true for Yun-jin, who shares with us her personal mantra: “Diamonds are made under incredible pressure,” she recites, sharing that she finds particular strength in the quote.

But this sentiment isn’t all that Chae-won and Yun-jin share. Notably, the duo were given the opportunity to pen lyrics for their B-side ‘Blue Flame’, which was chosen by Kazuha and Eun-chae as their personal favourite from the album. “It was amazing to hear the lyrics I wrote while we were recording [the song] and practicing our choreography,” exclaims Yun-jin, who confesses that she “couldn’t believe” her work had been chosen.

“Whenever our members tell me they love the lyrics, it makes me feel proud,” adds Chae-won, delighted by her bandmates’ love for the track, adding that she would “love” to continue contributing to the making of the girl group’s future releases. 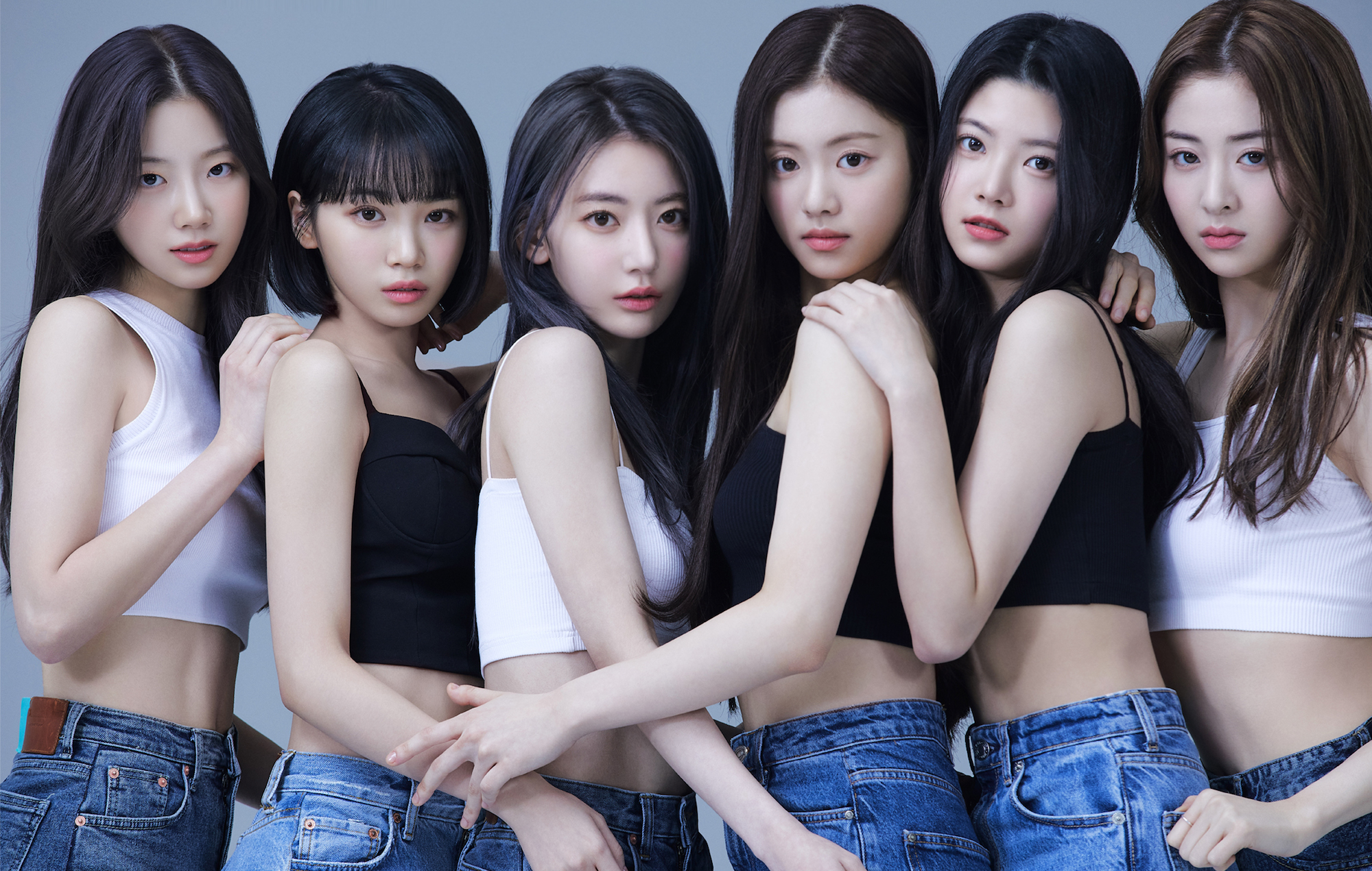 As arduous as LE SSERAFIM’s journey has been, its been harder on some members of the girl group than others. “I had a tough time learning Korean,” confesses Kazuha, who hails from Japan. A former professional ballerina, she’s is no stranger to being away from home – having attended top ballet schools in Osaka, Moscow and London. “I did ballet for a long time, but I also had a desire to try a different genre,” she explains, adding that she has “always loved” K-pop. “I knew immediately that I wanted to take this chance.”

“I look at [our cultural differences] as more of than opportunity to learn, than a barrier,” says Yun-jin, who grew up in New York. “We work on it together,” Chae-won adds. Born and raised in South Korea, the leader shares that being with the group has allowed her a glimpse of experiences she never had. Meanwhile, Sakura reveals that the members have fun switching between Korean and Japanese in their daily conversations, posing no issue to the ever-growing bond between the members of LE SSERAFIM.

As with many of NME’s chats with rookie K-pop groups, the question of who LE SSERAFIM look up to as a team inevitably comes up towards the end of our conversation. However, Chae-won takes the opportunity to declare the group’s desire to take on new challenges and venture into uncharted territory. “There are many artists that we love, and that inspire us,” says the leader. “But rather than having a role model, we want to show who we really are, and tell our stories. We want to be a girl group that takes the road that hasn’t been taken.”