Remember CHIS, the Line Of Duty acronym that had everyone in a spin?

Well, you can forget your Covert Human Intelligence Sources because DI Ray, the latest from Jed Mercurio’s thriller stable, has given us CSH to get our heads around.

That’s CSH as in Culturally Specific Homicide, the latest term plucked from the Mercurio Book Of Jargonyms to be turned into a fully-fledged four-part drama.

Bravely entering the minefield that is investigating the police and institutionalised racism, DI Ray is aiming to be both a character study of a detective who doesn’t fit in anywhere because of her background and a plot-twisting crime thriller at the same time.

The problem is, on the evidence of the opening episode, it’s much better at the former.

Parminder Nagra is subtle and understated as DI Rachita Ray, an ambitious detective overlooked for years but suddenly promoted to the big league after talking down a knifeman. 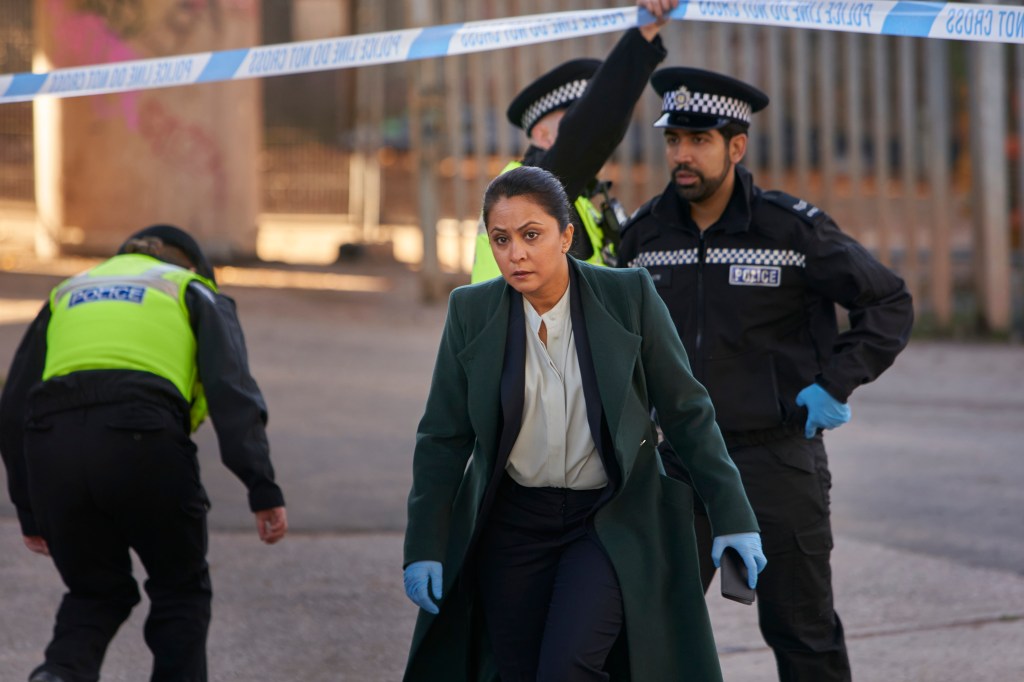 ‘You’re exactly what we need right now,’ the smarmy top cop tells her.

It’s here that DI Ray scores because we – and she – know exactly what he means.

Barbed bites of passive-aggressive racism pepper the script as DI Ray tries not to get too ticked off that she’s just been put in charge of what appears to be a race-related crime in order to tick the right boxes.

When it’s weaving a path through the subtle slights and unthinking racial assumptions that confront Rachita at every turn, DI Ray makes for intriguing drama.

If only the story wasn’t saddled with baggage that’s way too familiar from a hundred other cop shows.

Ray’s immediate boss (a wasted Gemma Whelan) is yet another high up who exists only to make things difficult, there’s a love interest (Jamie Bamber) who only exists in a towel, there’s a back-up team who only exist to look baffled or bearded, often at the same time.

So forget the crime and enjoy Nagra’s turn as a woman trying to root herself in a world built on shaky ground.

It’s there that DI Ray has room to grow.