Devin Booker has tested positive for COVID-19, the NBA player revealed via Twitch on Sunday, September 26.

“Honestly, y’all, I’m feeling straight. The only thing I’m dealing with is no taste, no smell, which is the worst part of it,” the athlete, 24, said in a video. “I’m about a week in. I’mma be back in no time, no time. … Having no smell, no taste, it makes your day dry. It makes your day gray. It makes it gray, for real.”

The Pheonix Suns player then noted that he’s going to keep his vaccination status private.

“I’m not gonna tell you guys if I have the vaccine or not, but you could still get COVID with the vaccine, for anybody that’s saying that,” Booker told his followers at the time. “Educate yourself.”

The two-time All-Star is currently taking part in the NBA’s health and safety protocols, the team announced on Sunday, and will miss media day on Monday, September 27, and the start of training camp on Tuesday, September 28. It has not yet been revealed whether he’ll be able to play in the first preseason game on Wednesday, October 20, against the Denver Nuggets.

Booker has been linked to Kendall Jenner since April 2020. The pair went public with their romance in February, as she posted photos of the Michigan native on Valentine’s Day. The model, 25, has been spotted cheering him on at multiple games, and earlier this month, the duo took their love to Italy and didn’t hide their PDA. 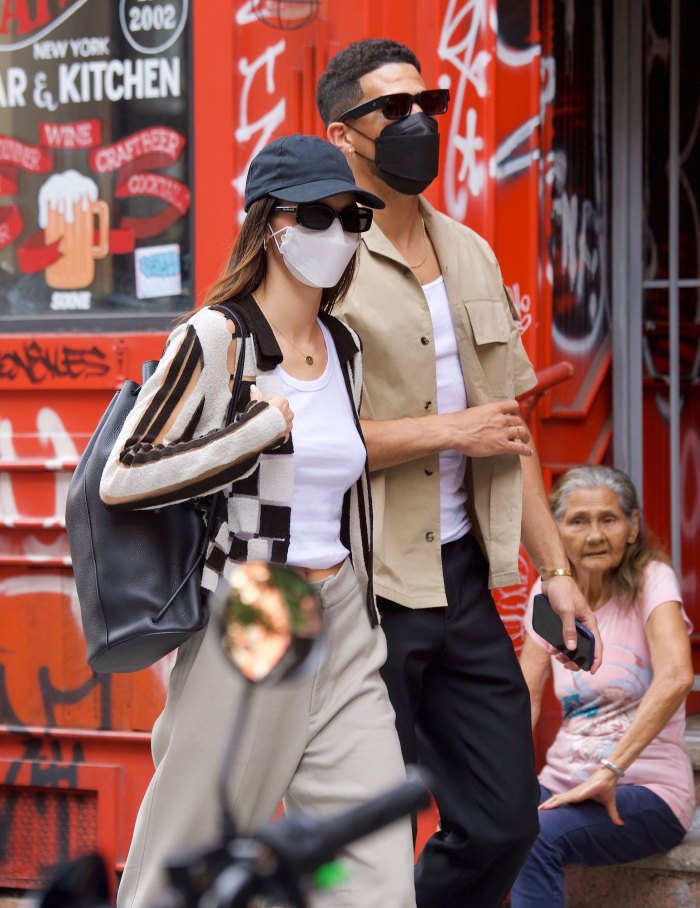 He’s also quite a hit in the Kardashian-Jenner family. “It’s easy because they get along well and he also gets along great with her family,” a source exclusively told Us Weekly in August 2020.

Earlier this month, the Keeping Up With the Kardashians alum opened up about his bond with her sisters and their children.

“Him and [Kylie’s 3-year-old daughter], Stormi, have an amazing relationship,” Jenner said on The Tonight Show Starring Jimmy Fallon on September 14. “She has the biggest crush on him, and I’m jealous sometimes. I’m like, ‘Stop. Can you guys not?’”