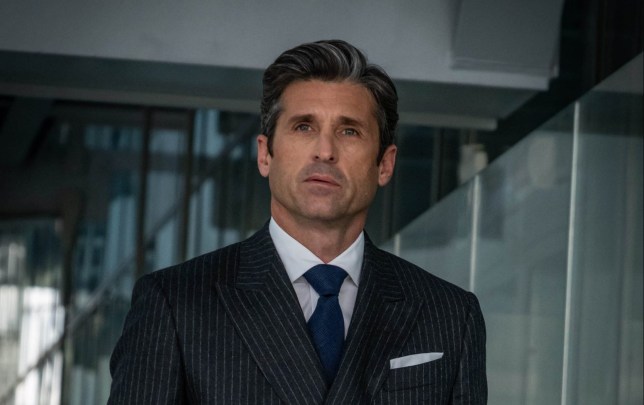 Patrick Dempsey was so invested in the outcome of his new financial thriller Devils that he actually convinced show bosses to change the show’s ending.

When the former Grey’s Anatomy star signed up for the gripping drama series, the ending had not yet been completed.

Based on Guido Maria Brera’s bestseller I Diavoli, the show follows Massimo Ruggeri (Alessandro Borghi), a ruthless and ambitious Head of Trading of one of the most important investment banks in the world, the New York – London Investment Bank (NYL).

His mentor Dominic Morgan (Dempsey) is one of the most powerful men in global finance, Massimo’s mentor and CEO of the bank. Their bond begins to crack when Massimo gets involved in an inter-continental financial war, due to Dominic’s hidden agenda.

Eventually, the Italian Head of Trading will be forced to choose between standing behind his mentor or stopping him.

Patrick revealed filming had begun before he saw the finale script, telling Metro.co.uk: ‘We were finding things out as we were going along. I didn’t know the ending until later on. 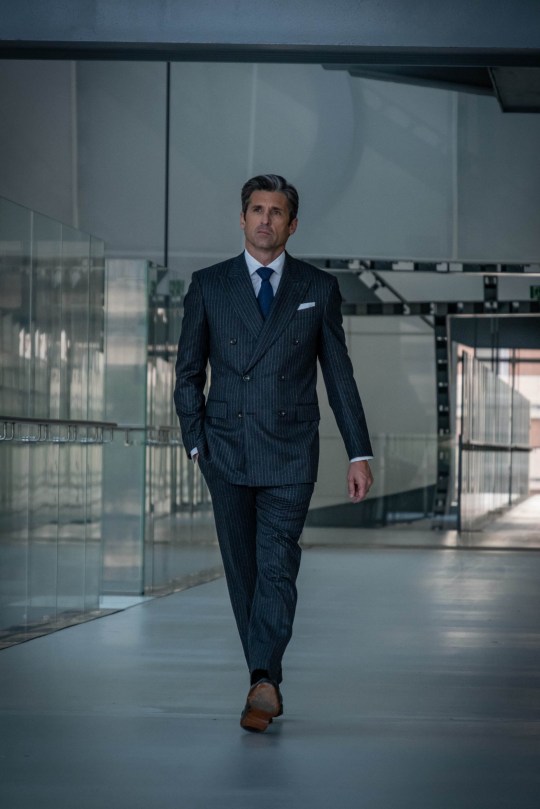 The former Grey’s Anatomy star convinced creators to change the ending after the original idea was presented to him (Picture: Antonello&Montesi)

‘He was not satisfied with the ending and he said “listen” – it was before Christmas, and he said to us, “I’ll do my vacation with my family and then after my vacation, I will come back and we will shoot the finale, we will think about it”.’ 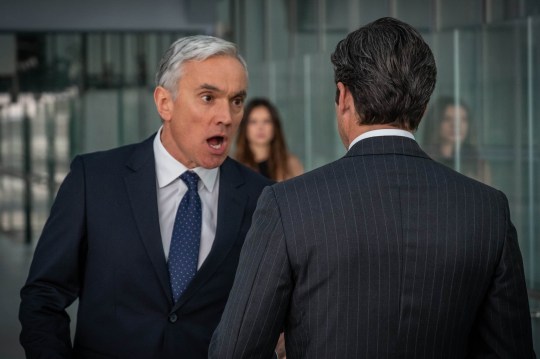 The series is set in the wake of the financial crash of 2008 and the collapse of Lehman Brothers (Picture: Antonello&Montesi)

He continued: ‘And he was right. Now the ending is better than it was before.’

The series is set in the wake of the financial crash of 2008 and the collapse of Lehman Brothers, boasts an international team as filming took place in both Rome and London.

It led to a collaborative approach that proved a useful asset when Patrick suggested changes.

‘We have been really working carefully on the scripts; there have been fifteen writers working on the show, fifteen different writers,’ Bernabei explained. ‘From the beginning they were Italian, then came UK writers, then came Nick [Hurran] the director. Then there was an Italian director, Jan Michelini, bringing a kind of slightly different attitude. So, finally, this is Europe.’

The producer then teased what to expect in season two as he continued: ‘We are not happy that [the UK] left us, it’s a pity, because Europe was better with you. It’s a big loss for all of us. And in the next season we are going to talk about it.

‘I’m excited to continue this idea and keep developing it in season 2. There’s so much opportunity here.’

All episodes of Devils will be available on Sky Atlantic and NOW TV in the UK, and can be streamed on The CW in the US.