Park Chan-wook, the filmmaker behind such acclaimed films as The Handmaiden and Oldboy, delivers yet another impressively constructed thriller that may surprise both old and new fans of the Korean filmmaker alike.

After delivering some of the defining and most successful films to come out of South Korea in the last 20 years, any new effort from Chan-wook is something to get excited about. While this Hitchcock-esque thriller might not quite hit the heights of his past glories, the acclaimed filmmaker is still working on a level others can only be envious of.

Decision To Leave – playing as part of the BFI London Film Festival 2022 – follows homicide detective Hae-jun (Park Hae-il) in Busan who begins a new instigation after a body is found at the bottom of a cliff. While it looks like an open-and-shut suicide case, Hae-jun must follow all threads to make sure, which leads to him investigating the wife of the deceased, Seo-rae (Tang Wei).

As Hae-joon further looks into the facts of the case and the details of Seo-rae’s life, he soon begins to suspect that she may well be behind the death of her obsessive and abusive husband. But the deeper he goes, the more fascinated with Seo-rae he becomes, and starts to fall in love with his prime suspect, despite his better judgement.

Decision To Leave deals with themes of obsession, longing and a desire to connect through many of its characters, but chiefly in the central relationship between Hae-jun and Seo-rae.

Hae-jun, a married man whose wife lives out of the city, struggles with insomnia, and the looming spectre of unsolved cases, which forces him to put a shield up to those around him. Seo-rae has a dark past and is struggling to find someone in her life who genuinely cares for her. When their worlds collide, they find in each other exactly what they have been missing. And as that twisted romance blossoms, it is hard not to root for them, despite secretly knowing it can never work.

That is thanks in large part to the performances of Park Hae-il and Tang Wei, who strike up intoxicating and enigmatic chemistry. Tang Wei in particular is a stand-out, constantly keeping you on edge as you try to figure out Seo-rae’s motivations. 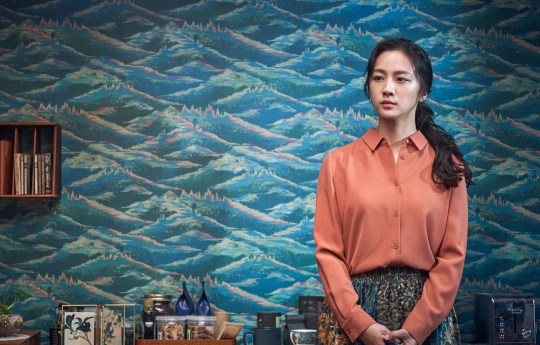 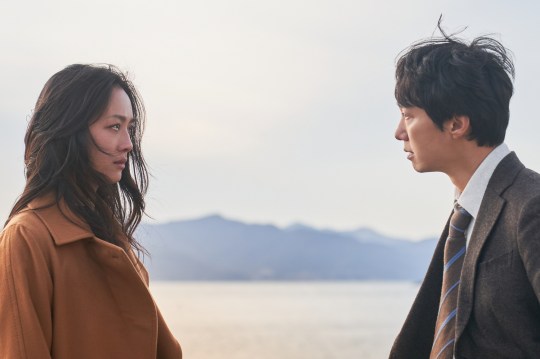 The film is playing as part of the BFI London Film Festival (Picture: Mubi)

Coming from the director of The Vengeance Trilogy, you might expect this tale of murder and lust to be dominated by the same kind of explicit imagery that runs through his filmography. But this is a much more restrained affair, working largely through suggestion, only occasionally punctuating scenes with bloody detail. It is also visually vibrant and exciting, with the camera often delivering unique perspectives and dynamic framings.

Being a story of obsession and doomed romance, Alfred Hitchock’s Vertigo is a clear touchstone for Decision To Leave. The plot therefore can feel a little stale at times, particularly as the final act switches tracks and drags the pacing. But it is also a thoroughly modern affair, using technology in an organic and visually interesting manner, while also delivering intriguing twists and exciting set pieces.

It is not quite up there with his best, but Decision To Leave is still the work of a filmmaker at the top of their game. It is an alluring, exciting, and often very funny thriller – one that should linger on the mind even as the mist sets in.

Decision to Leave is in UK cinemas from October 21, with previews taking place this weekend