Davina McCall was unable to remember celebrities’ names and thought she would have to quit presenting (Picture: Finestripe/ Ryan Mcnamara)

Davina McCall almost quit presenting when she developed symptoms of menopause and perimenopause and feared she had early-onset dementia.

The former Big Brother presenter and Masked Singer judge, 54, has been a staple on British TV for 30 years, considered giving it up when she began struggling at work.

A new documentary set to air on Channel 4, Davina McCall: Sex, Mind and the Menopause, sees the star speak openly about her experience going through menopause and its ‘evil little sister’, perimenopause.

In it, she reveals she got such bad ‘brain fog’ she struggled to remember people’s names, even those she knew really well.

‘The brain fog was horrific,’ Davina says in the new programme.

‘I couldn’t read the autocue, I couldn’t remember celebrities’ names. I almost gave up presenting.’ 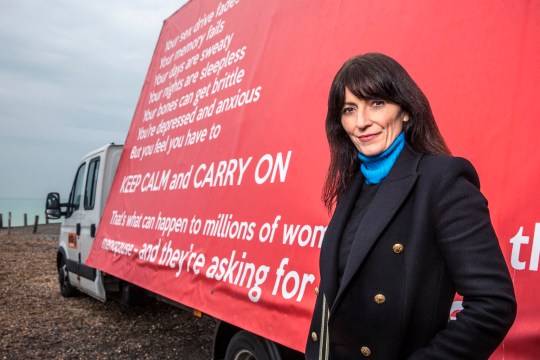 The new documentary is a follow up to last year’s Sexy, Myths and the Menopause (Picture: Finestripe/ Ryan Mcnamara)

She goes on to admit, in conversation with another woman who experienced the same thing, that she feared at first that she had early-onset dementia.

Davina would eventually learn she was experiencing perimenopause, when oestrogen levels decrease, and began using Hormone Replacement Therapy (HRT) which she says gave her a new lease of life.

Despite how she was struggling at the time, Davina found the ‘shame’ and stigma around menopause was too great to be truthful at the time – and when someone at work asked her if she was alright, she pretended she was.

The upcoming documentary features some concerning statistics about women and how they deal with menopause symptoms, developed from a wide-ranging survey by Channel 4. 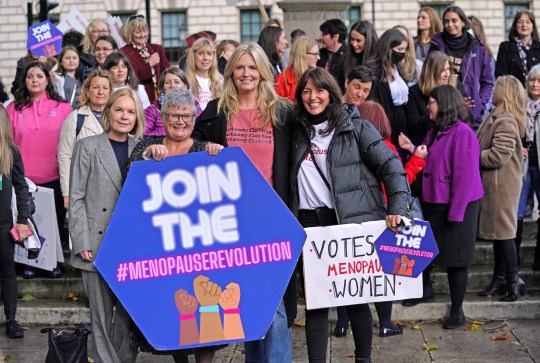 Davina has joined other activists in demanding better care for women going through menopause (Picture: PA)

It revealed that 14% of women reduced their hours at work due to menopause symptoms, 52% said they lost confidence in the workplace and, like Davina, 84% did not have anyone in their workplace they felt they could turn to for help or guidance.

Davina was 44 years old when she first experienced symptoms of perimenopause, symptoms of which can include brain fog and depression for years before menopause stops a person’s periods. 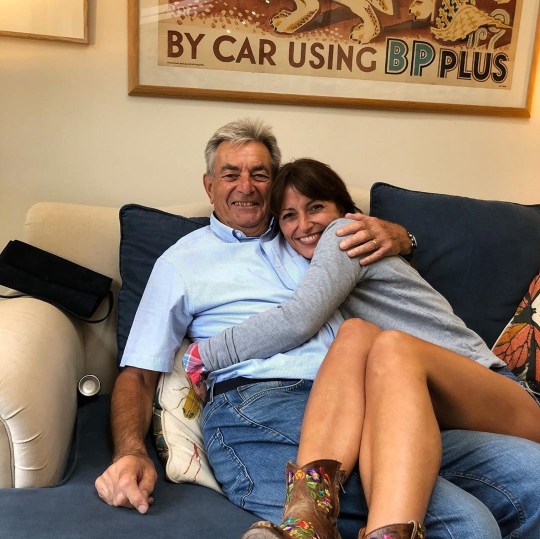 Her fears about dementia were particularly terrifying for the presenter as it runs in her family; her father, Andrew McCall, tragically died this year after battling Alzheimer’s.

She spoke about the disease elsewhere in the upcoming documentary, recalling how ‘everybody suffers’ from its cruelty; both the person with Alzheimer’s and their loved ones.

There is hope, however, with Sex, Mind and the Menopause delving into promising new research which presents evidence that oestrogen and hormone therapy can drastically reduce the risk of developing Alzheimer’s.

Davina McCall: Sex, Mind and the Menopause airs at 9pm, Monday 2 May on Channel 4.