That’s one reason to tie the knot! Like many couples, David Harbour and Lily Allen envisioned their dream wedding differently ahead of the coronavirus pandemic, but the couple did not let the unexpected shift keep them from walking down the aisle, in part because of her daughters.

The Stranger Things star, 46, reflected on how the 36-year-old singer’s kids — Ethel, 9, and Marnie, 8, whom she shares with ex-husband Sam Cooper — influenced his decision to move forward with the nuptials.

“We got engaged right before the pandemic,” he recounted during his Tuesday, June 1, appearance on Jimmy Kimmel Live! “Then the pandemic hit and nothing was happening.” 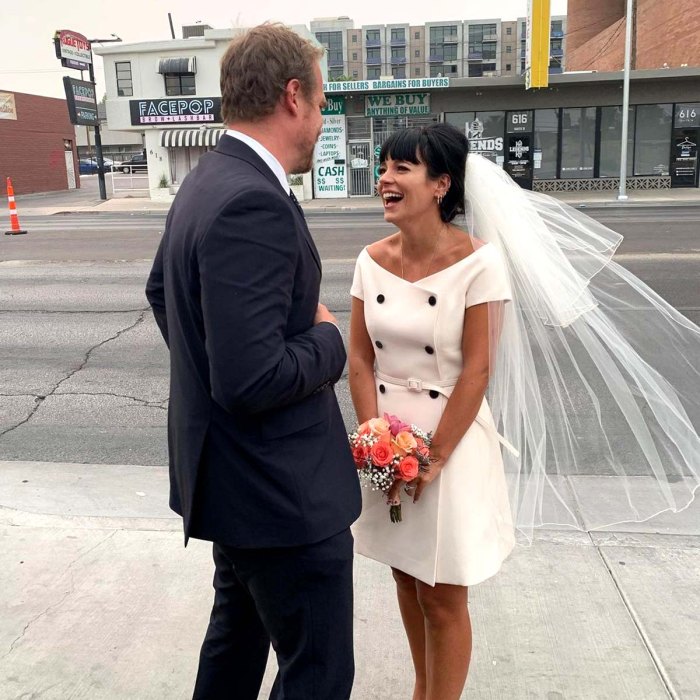 Allen’s daughters struggled with Harbour’s place in their family prior to the wedding. “We were riding around beginning of pandemic — she has two kids, these beautiful daughters, 8 and 9 — and we were riding bikes out in the country trying to figure out what we were gonna do for the next year or however long it was going to take. And the little one was riding along and she was going like, ‘David, Dad, David, Dad.’ Because the ‘d’ got her confused,” he noted. “And the older one got very upset with that, which I understand, and was like, ‘He’s not our dad! He’s not our dad!’”

The moment was a wake-up call for Harbour. “I was like, ‘I need to marry this woman,’” he quipped. “Because the emotional fallout …”

The Black Widow star revealed that the girls still sometimes jokingly refer to him as “some guy in our lives,” but he gushed that it is his “favorite thing I’ve ever been called.”

Harbour and Allen tied the knot in Las Vegas in September 2020. Although the pair tried to keep their union hush-hush, the news leaked after they obtained their marriage license. 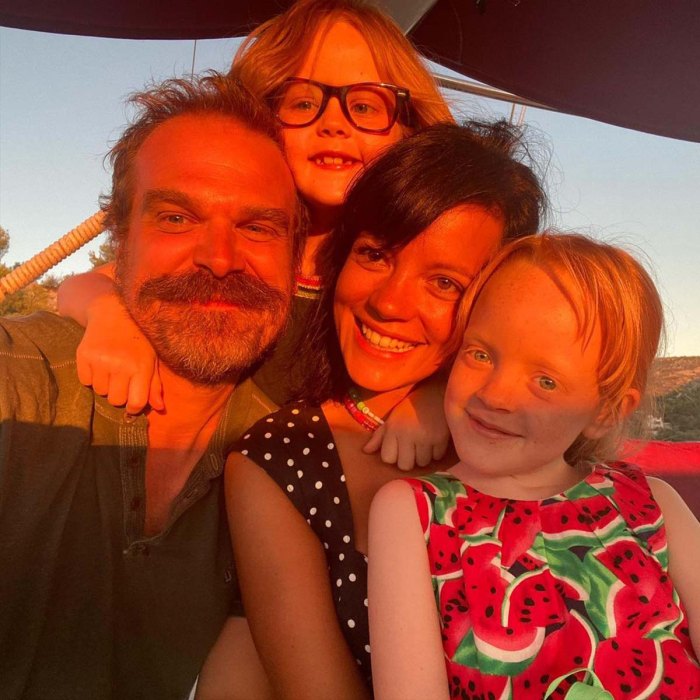 David Harbour and Lily Allen with her children. Courtesy of Lily Allen/Instagram

“Clearly what happens in Vegas does not stay in Vegas,” the actor said. “It’s outrageous, right? We went and registered the night before and then it broke. We were just trying to get in and out real quick.”

Harbour and Allen went public with their relationship in September 2019 and sparked engagement rumors in December of that year. The Grammy nominee hinted in October 2020 that the duo want to expand their family.

“I think so,” she told The Sunday Times when asked if she planned to have more kids. “Especially now [my daughter] Marnie is getting so big. It’s like, ‘No, my babies!’”