Titan Comics has announced a graphic novel adaptation of the 1976 film The Man Who Fell To Earth.

Directed by Nicolas Roeg, The Man Who Fell To Earth stars David Bowie as extraterrestrial Thomas Jerome Newton who crashes on Earth looking for a way to ship water to his dying home planet. It was originally based on the 1963 novel of the same name by Walter Tevis.

The graphic novel is written by Dan Watters (Cowboy Bebop, Lucifer) and illustrated by Dev Pramanik (Dune: House Atreides). You can check out art from the novel below.

Art from ‘The Man Who Fell To Earth’ graphic novel CREDIT: Titan Comics

“The Man Who Fell To Earth is a masterpiece of a film with an awful lot to say; about men, about the Earth, and lots of things in between,” Watters said.

“There are ideas in the film, about climate crises and corporate greed, that are more relevant now than they were when Nicolas Roeg set out to make it. And now here we are. I think it’s high time to look at the world through Thomas Newton’s mismatched eyes all over again. Perhaps he’ll see something we’ve been missing.” 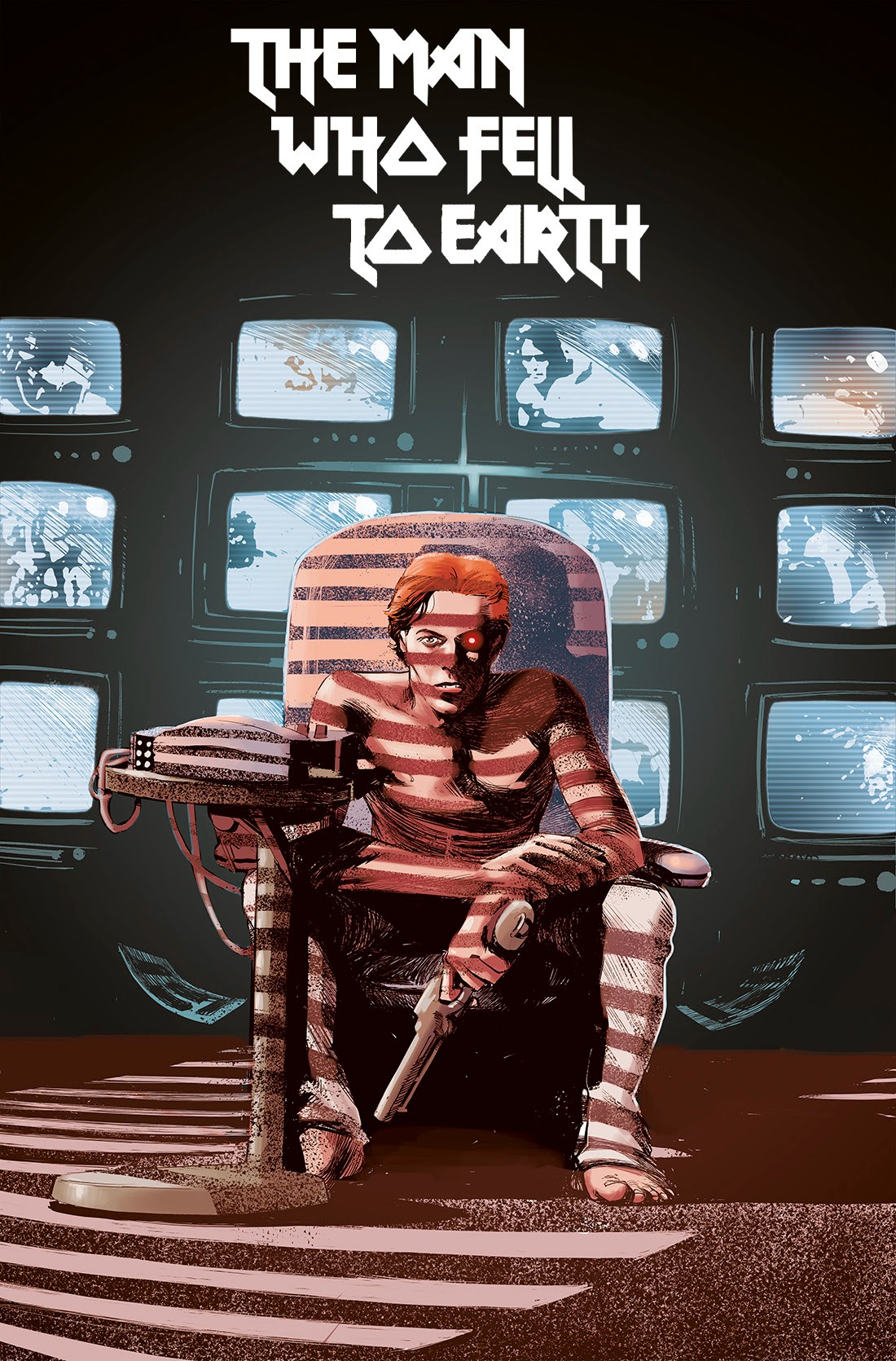 The Man Who Fell To Earth graphic novel is scheduled to be released in fall 2022. It’s available for pre-order on Amazon and Forbidden Planet (UK and Europe).

Bowie starred in numerous films over his career, including 1986 fantasy film Labyrinth, The Hunger, and Twin Peaks: Fire Walk With Me in 1992, a prequel to the TV series.

Fans paid tribute to Bowie earlier this month to commemorate what would have been his 75th birthday on January 10, following his death from cancer in 2016.

A 50th anniversary picture disc vinyl reissue of his fourth album, Hunky Dory, was also released to mark the occasion, featuring a poster with annotated back cover art.