Get well soon. Dave Chappelle is isolating and recovering after testing positive for COVID-19, Us Weekly can confirm. His rep tells Us that he is currently quarantined and has not experienced any symptoms thus far.

The stand-up comedian, 47, canceled his upcoming shows at Stubbs Waller Creek Amphitheater in Austin, Texas, after learning he had contracted the virus. His rep confirmed the news in a statement to TMZ, which first reported on his condition, on Thursday, January 21. Chappelle performed the first of his five shows on Wednesday night and was due to perform more shows through Sunday. 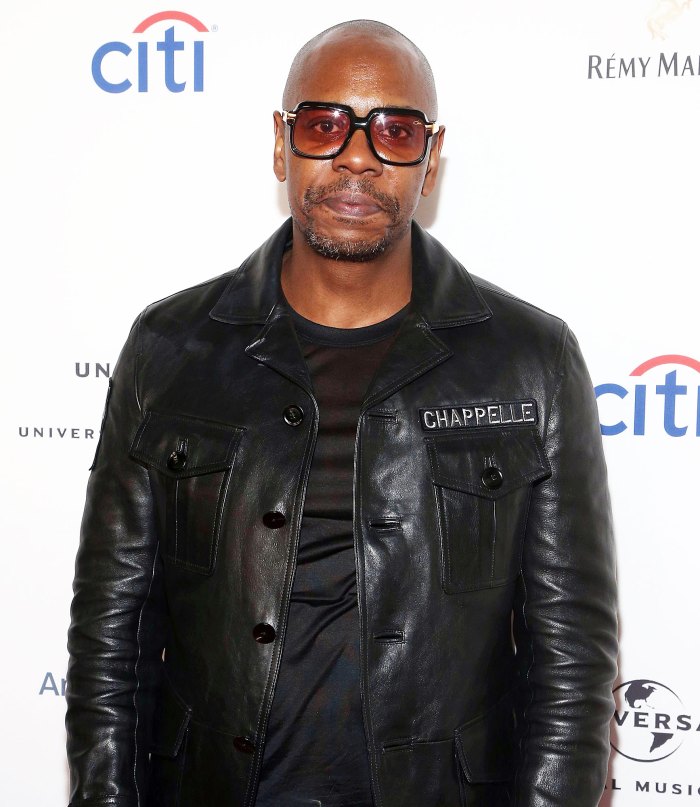 Dave Chappelle attends the Universal Music Group’s After Party for the Grammy Awards in New York on January 28, 2018. John Salangsang/Invision/AP/Shutterstock

“Dave Chappelle is quarantined after testing positive for COVID-19. His remaining shows at Stubbs Waller Creek Amphitheater in Austin, Texas, have been cancelled and ticket holders should contact their point of purchase for refund,” the Sticks and Stones star’s rep confirmed via Deadline. “Chappelle has safely conducted socially-distanced shows in Ohio since June 2020 and he moved those shows to Austin during the winter. Chappelle implemented COVID-19 protocols which included rapid testing for the audience and daily testing for himself and his team. His diligent testing enabled him to immediately respond by quarantining, thus mitigating the spread of the virus. Chappelle is asymptomatic.”

Of the comic’s remaining shows, two were set to feature Joe Rogan. TMZ noted that Chappelle was photographed spending time with the “Joe Rogan Experience” podcast host, 53, Elon Musk and Grimes ahead of his COVID-19 diagnosis. Other comedians were scheduled to perform as well, though it wasn’t revealed who. The remaining shows were billed as “Dave Chappelle and Friends.”

Musk, 49, tested positive for COVID in November 2020. The Tesla founder also received a negative test result at the time. He said in a tweet it “feels just like a regular cold, but more body achy & cloudy head than coughing/sneezing.” Grimes, 32, whom he shares a child with, revealed that she had “finally” tested positive earlier this month. The musician said at the time she was “weirdly enjoying the DayQuil fever dream.”

In May 2020, Chappelle returned to the stage amid the pandemic, with a series of socially distanced shows in his hometown of Yellow Springs, Ohio. In October, he reached out to local authorities to get the OK to do more shows according to YSNews. The extension was granted in November. The events grew, with other comics including The Daily Show host Trevor Noah, Sarah Silverman, Tiffany Haddish and more eventually joining him at Wirrig Pavillion through the fall. Those events included COVID safety measures like masks and rapid testing for performers and attendees.

The Chappelle Show alum brought David Letterman to his hometown for an episode of My Next Guest Needs No Introduction.