Danny Boyle has said that he wants John Lydon to “attack” his Sex Pistols biopic series Pistol, saying that he wouldn’t expect the singer to “change the habit of a lifetime”.

The director made allusions in a new interview to the former Sex Pistols frontman’s outspoken nature. Lydon, who was known as Johnny Rotten in the legendary punk band, has criticised the forthcoming biopic on several occasions since its inception.

Among those is the time that Lydon called the series a “middle class fantasy” that is “rewriting history” and “would be funny if it wasn’t tragic”.

On another occasion he claimed that the production was green-lit without his consent, saying that it’s the “most disrespectful shit I’ve ever had to endure”. A spokesperson for the Pistol production responded by alleging that Boyle had contacted Lydon’s management company about the planned series but “ultimately direct contact was declined”.

Now, Boyle has told The Guardian that he welcomes Lydon’s attacks on the show, addressing Lydon’s importance in the band, “Oh, he’s the genius. I mean, obviously, you can’t make a series about him because he’s unmanageable. Everyone knows that,” he said.

Pistol is based on guitarist Steve Jones’ memoir Lonely Boy: Tales From A Sex Pistol.

“To get this book from Steve,” Boyle continued, “is like a side door in. It allows you to look at the whole group. But you have to acknowledge there’s a genius in there and it’s Rotten. He’s the person that changed everything, a key cultural figure in our landscape.”

Boyle continued: “I love Lydon for what he does and I don’t want him to like it – I want him to attack it. I think that’s his absolute right. Why would you change the habit of a lifetime?” 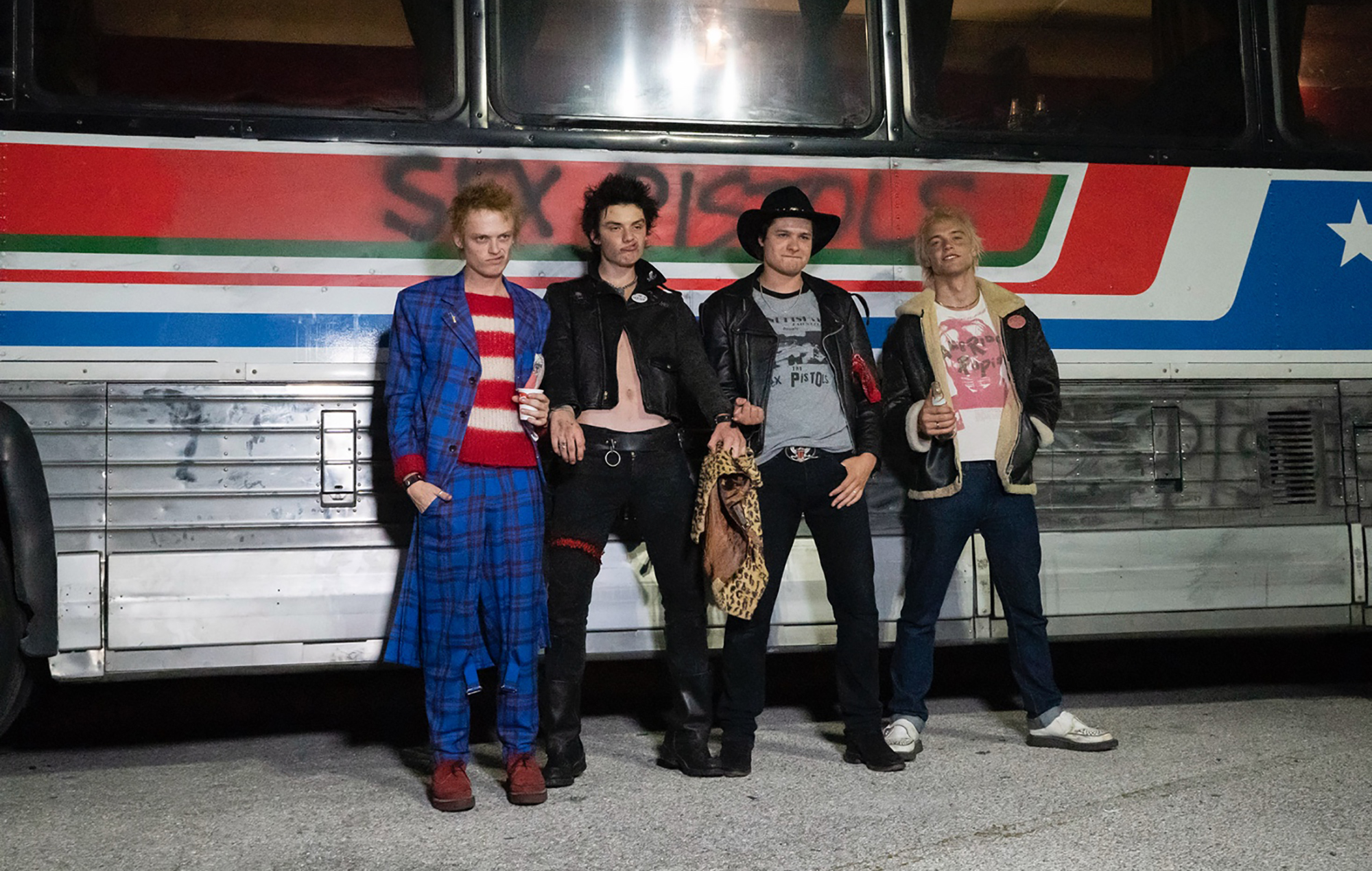 ‘Pistol’ arrives on Disney+ in May. CREDIT: FX

Last year Lydon lost a legal battle against his former bandmates who were fighting him in court after he refused to license the group’s music for inclusion Pistol. Jones and drummer Paul Cook legally challenged Lydon’s veto, with their lawyer appearing in the High Court.

Their lawyer Edmund Cullen said that a band agreement made in 1998 stated that decisions about licensing requests could be determined on a “majority rules basis”. Sir Anthony Mann later found that Cook and Jones were entitled to involve “majority voting rules” against their bandmate.

Pistol premieres on Hulu (and Disney+ where Hulu isn’t available) on May 31. It stars Anson Boon as Johnny Rotten, Louis Partridge as Sid Vicious, Jacob Slater as Paul Cook and Christian Lees as Glen Matlock among a cast line-up that also includes Maisie Williams.

The official trailer for the series arrived last month.