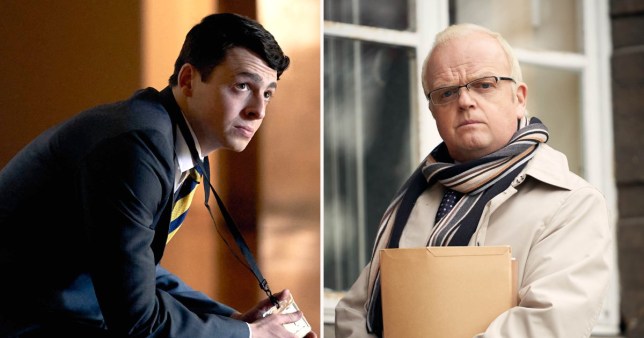 Anthony Boyle and Toby Jones star as the leads in the film (Picture: BBC)

New BBC drama Danny Boy, starring Anthony Boyle as soldier Brian Wood and Toby Jones as human rights lawyer Phil Shiner, delves into the ethics of fighting for one’s country, shining a spotlight on the shame that can accompany a return from warfare.

Beginning in 2004, the 90-minute film tells the story of Brian, a veteran who went from being celebrated as a decorated war hero to being one of several British soldiers accused of war crimes during the Battle of Danny Boy in Iraq.

Phil embarks on a mission to prove the soldiers’ guilt, with the dramatisation flitting between the lawyer’s investigation, which results in the highly-publicised Al-Sweady Inquiry, and Brian’s struggle to reconcile with his traumatic memories.

While some questions remain unanswered at the end of the film, including the exact details of what happened at the Battle of Danny Boy, it will leave viewers asking themselves how they would act if they ever found themselves in high-intensity situations such as Brian on the battlefield or Phil in the courtroom.

Having gained prominence as Scorpius Malfoy in the stage production of Harry Potter and The Cursed Child, Anthony, 26, delivers a grounded performance as a soldier battling inner turmoil, who struggles to confide and connect with his family as painful memories are brought back to the surface.

Fortunately for Anthony, the real Brian was on hand to help him dig deeper with his performance, spending hours in the rehearsal room with the Irish actor and giving him advice on how he could faithfully step into the shoes of his younger self. 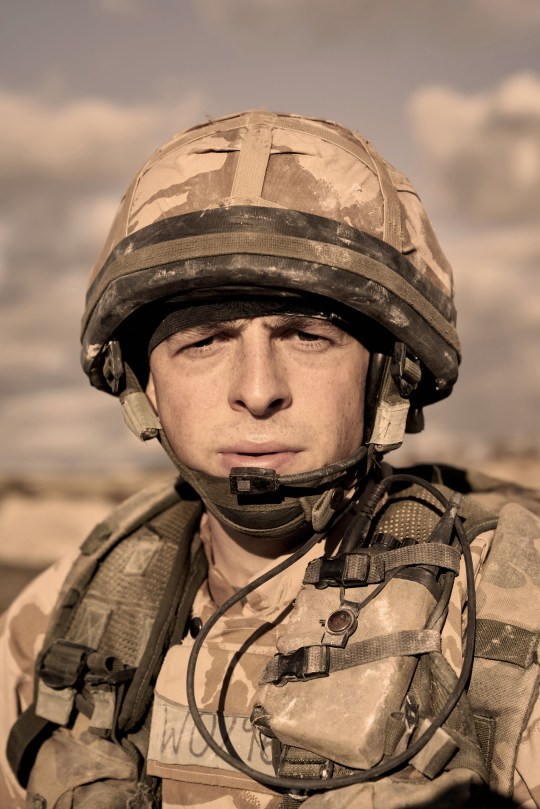 Brian struggles with his memories of his time in Iraq (Picture: Robert Viglasky Photography/BBC)

Danny Boy provides a refreshing insight into the way in which the stereotypical understanding of masculinity affects soldiers, with Anthony’s Brian explaining that he didn’t receive any counselling when he returned home from Iraq.

One of the most poignant moments of the film comes when Brian’s father, who also served in the military, breaks down in front of his son, lambasting the ‘tough guy bollocks’ that is so deeply ingrained in the predominantly male institution.

Although Brian’s struggle with his mental health following his time in the army is explored in Danny Boy – including how his hesitancy to open up to his wife causes a strain on their marriage – one does get the sense that the subject matter could have been examined much further.

Maybe this would have been the case had the creators of the film stuck with their initial idea to depict the story as a two-part series, with each instalment being 60 minutes long.

On top of that, despite the build-up to Brian taking the stand in the trial, we never get to see him speak up for himself in the courtroom, which would have undoubtedly made for a gripping sequence. 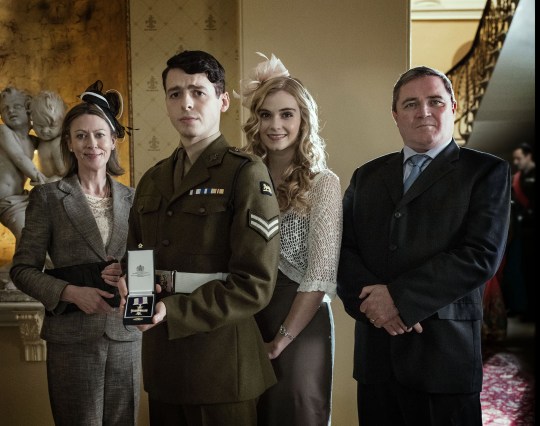 Brian goes from being a decorated war hero to an alleged war criminal (Picture: BBC)

While the drama could have benefitted from an additional 30 minutes, the frequent transitions between past and present – although jarring at first – do help to convey the chaos swirling in Brian’s mind as he ponders whether his actions on the battlefield are right to be questioned.

Toby, 54, delivers a convincing portrayal of self-assured lawyer Phil, so much so that even those who remember the coverage of the Al-Sweady Inquiry may still be left wondering how Danny Boy is going to wrap up.

Despite the harrowing depictions of Brian and his comrades in battle in Iraq, which the real Brian helped to map out during the production, it does feel as though those parts of the film could have been longer.

However, perhaps this was intentional to emphasise how perceptions of events can change over time, and therefore feed into the uncertainty that Brian feels about his own recollections.

Danny Boy is a fascinating watch, which highlights how ambiguous the distinction between war crimes and acts of war can be.

While the film boasts absorbing performances from its leads, further instalments of the drama could have helped develop the hard-hitting questions of moral ambiguity that are put forward and prevent an anti-climactic finish.