He went there! Daniel Kaluuya took a jab at the royals during his Saturday Night Live monologue after Meghan Markle’s bombshell claims about Prince Harry’s family.

“I know you’re hearing my accent and thinking, ‘Oh no. He’s not Black. He’s British.’ I’m here to reassure you that I’m Black and I’m British,” the 32-year-old actor said during the Saturday, April 3, episode of the NBC show. “I’m what the royal family was worried the baby would look like.” 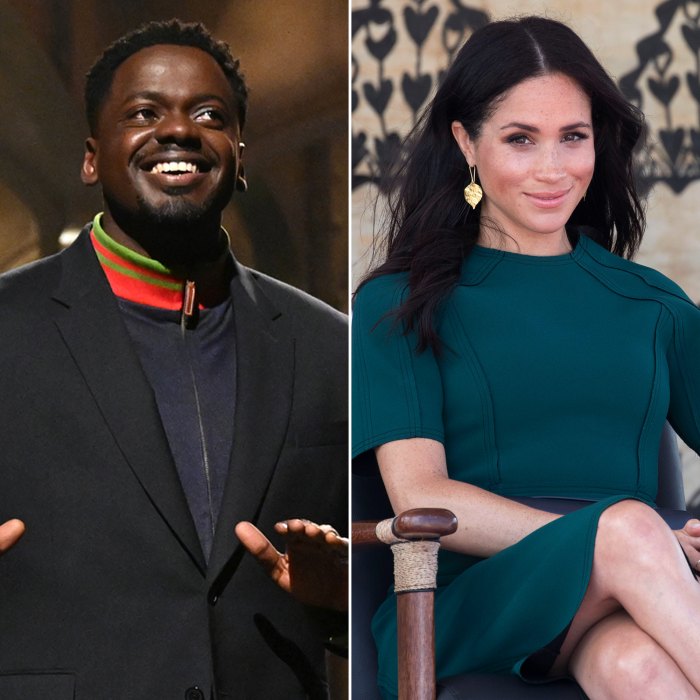 The Judas and the Black Messiah star’s remark comes one month after the Duke and Duchess of Sussex opened up about their decision to step back from their royal duties during a CBS interview on March 7. During the sit-down, Meghan, 39, claimed that someone in the family had concerns about son Archie’s skin color before he was born in 2019. Harry, 36, reportedly made it clear behind-the-scenes that Queen Elizabeth II and Prince Philip didn’t make the remark.

While the couple also noted that the racism directed toward Meghan in the U.K. played a “large part” in their decision to relocate to the United States, Prince William told reporters that the royals “are very much not a racist family” during an engagement on March 11. 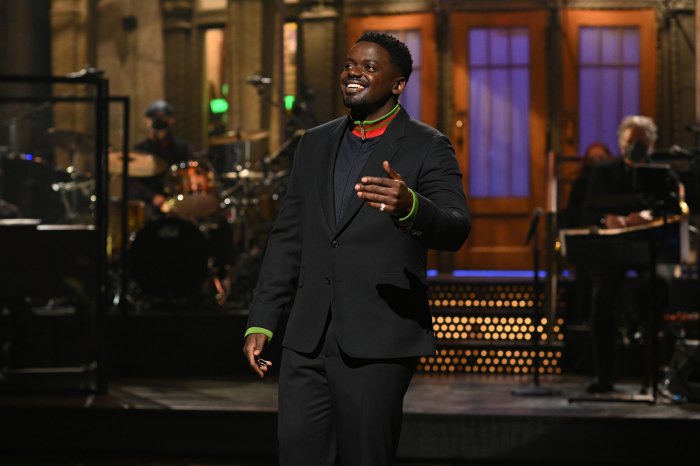 Daniel Kaluuya during the ‘Saturday Night Live’ monologue on April 3, 2021. Will Heath/NBC

Two days after Harry and Meghan’s interview, Buckingham Palace released a statement, which read in part, “While some recollections may vary, they are taken very seriously and will be addressed by the family privately.”

”Let me put it this way. British racism is so bad, white people left. They wanted to be free — free to create their own kinds of racisms. That’s why they invented Australia, South Africa and Boston,” he quipped.

Kaluuya also made a reference to the technical difficulties he experienced at the Golden Globes in February when he tried to virtually accept the award for Best Supporting Actor – Motion Picture.

“I was muted. Can you believe that? I told the best joke of my life and I was muted,” he said before making a reference to his 2017 movie Get Out. “I felt like I was in a sunken place.”