The actor, who is up for an Oscar for his role in Judas and the Black Messiah, appeared on the long-running satirical sketch series and took aim at British racism in his opening monologue.

Referencing Meghan Markle’s claims that a ‘member of the Royal family expressed concern about Baby Archie’s skin colour while she was pregnant’, Daniel declared: ‘First of all, I know you’re hearing my accent and thinking “oh no, he’s not Black, he’s British”.

‘Let me reassure you that I am Black. I’m Black and I’m British.

‘Basically I am what the Royal family was worried the baby would look like.’ 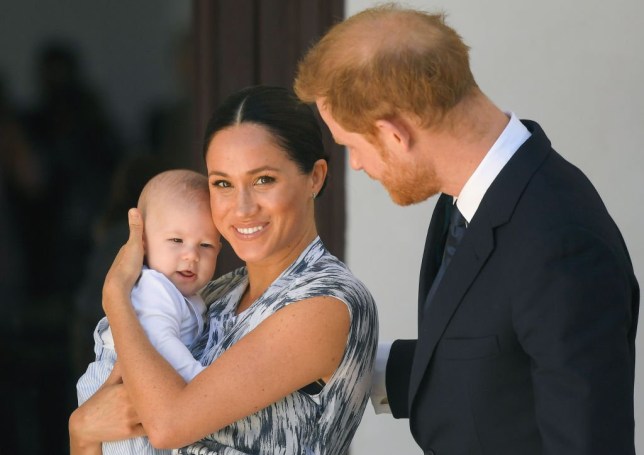 ‘Let me put it this way, British racism is so bad white people left.

‘They wanted to be free, free to create their own kind of racisms.

‘That’s why they invented Australia, South Africa and Boston.’ 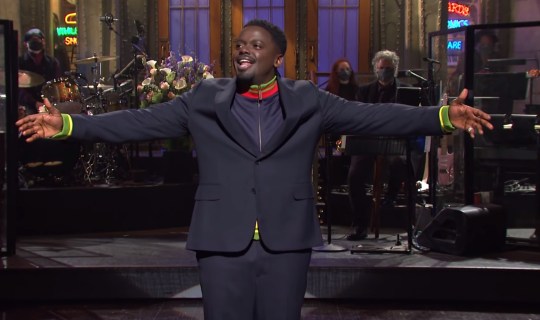 Daniel joked that ‘he was what the Royal family feared Archie would look like’ (Picture: NBC)

He later joked about his Golden Globes fail when he was muted during his acceptance speech.

As part of his stint on the series, Daniel took part in sketches that included a gameshow where his character tried to convince his family to take the coronavirus vaccine.

In a statement following Meghan’s allegations, Buckingham Palace said the whole family was ‘saddened’ by the ‘serious allegations’ which will ‘be addressed by the family privately’ – although added that ‘recollections may vary’.

Prince William is the only Royal to comment on the allegations, telling the press: ‘We are very much not a racist family’.

Saturday Night Live airs weekly on NBC in the US.