The former race car driver, 39, shared a photo via Instagram on Friday, April 16, that showed her new man kissing her on the cheek next to the water. “Beach workouts are fun for one, but better with you,” she captioned the adorable selfie, in which she’s smiling and wearing a minimalist black bathing suit. 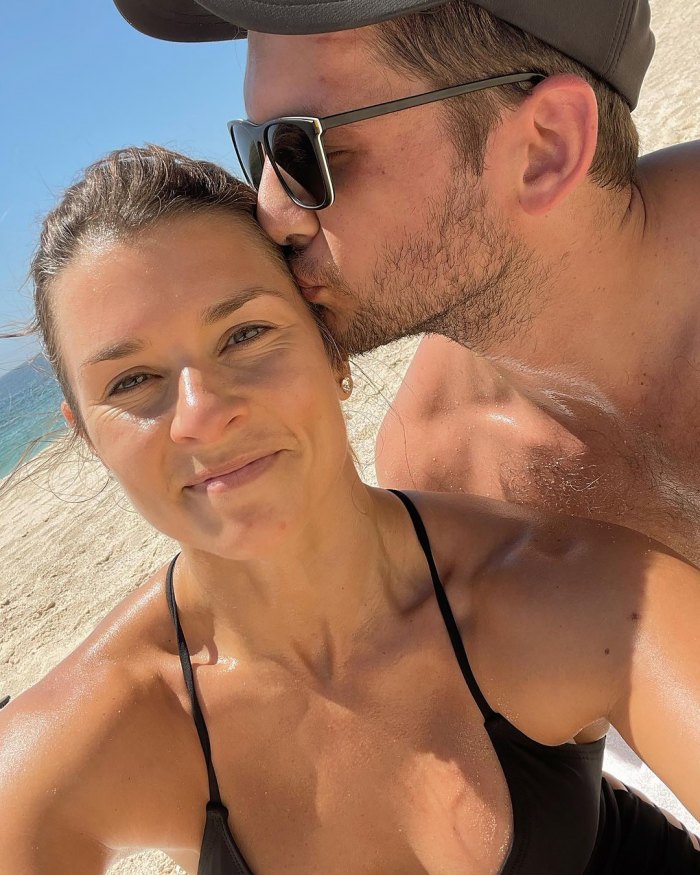 Comstock is the cofounder of Freshly, a meal-prep company that promises fresh meals that are ready to eat in three minutes. “I’m not your traditional health expert,” he wrote in a May 2019 Medium post explaining why he started the company. “But I’m a curious health nut who’s tried it all — just like you.”

Though it’s not clear when the pair met, both are investors in Beam, a direct-to-consumer wellness brand that sells CBD-based products and “hydration solution” beverages, according to an Associated Press report from February. “I’m just always looking for new things to help function and feel better,” Patrick told USA Today in March 2020. “And I’m also not afraid to invest the time into it.”

The former NASCAR driver previously dated Aaron Rodgers for more than two years before the pair called it quits in July 2020. The NFL player, 37, is now engaged to Shailene Woodley.

A source told Us Weekly earlier this month that Patrick had “completely moved on” from the Green Bay Packers quarterback, but on Monday, April 12, she told Bear Grylls that it took her a while to get to that point.

“I think we learn the most about ourselves through relationships, but there’s nothing like heartbreak to really throw you in the deep end of that,” she said during her guest appearance on Running Wild With Bear Grylls. “But I’ve learned a lot and as broken open as I was on the sad end, I have felt so much joy in so many more instances and so many more unlikely places than I ever have, so it’s like my heart got broken open to both ends of the spectrum.”

During a March episode of Tamron Hall, the “Pretty Intense” podcast host said that she knew what she was looking for in a potential partner.