It was Villians Night on a horror-filled Dancing With The Stars US – but unfortunately Cheer’s Monica Aldama was not to be the final girl.

In the Halloween special of the series, Monica and pro partner Val Chmerkovskiy tried to win the audience over with a jazz routine, but landed at the bottom of the scoreboard with just 22/30.

In a routine inspired by Nurse Ratched – the villain of One Flew Over the Cuckoo’s Nest and now star of her own Netflix series – the pair found themselves once again in the bottom.

But hey, at least they weren’t declared safe and then called back like they awkwardly were last time.

Monica and Val found themselves in the bottom two against TV host Jeannie Mai and Brandon Armstrong, who had created a paso doble in an homage to Silence Of The Lambs antagonist, Hannibal Lecter.

Left for the judges to decide who stays and who goes, the trio were split over who to boot. 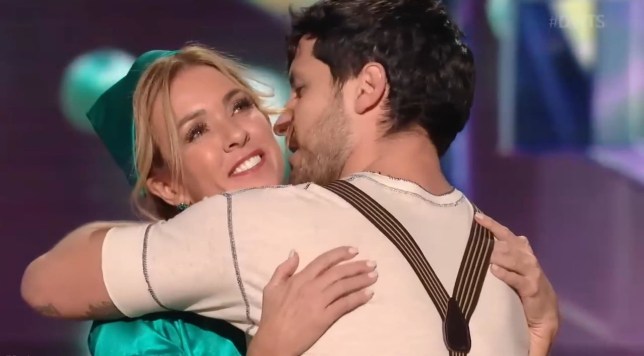 Monica had to say goodbye to the show (Picture: Backgrid) 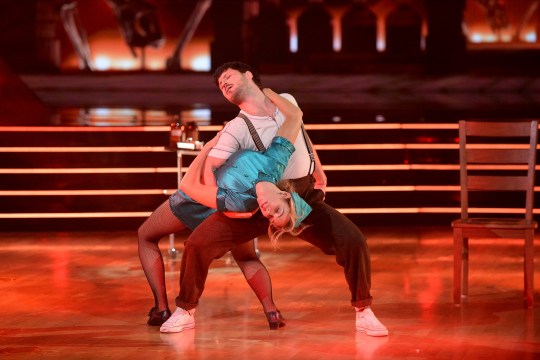 Bruno Tonioli was first up, and said: ‘This really is a nightmare on the dancefloor, and it’s not going to get any easier, we have to make a decision, and my decision is to save Jeannie and Brandon.’

‘It’s difficult because Monica has improved each and every week, and she’s starting to hit her stride,’ Derek Hough added. ‘Jeannie, you’ve been really consistent in this competition.’

Ultimately, he decided to save Monica and Val, leaving the decision down to Carrie Ann Inaba.

‘You have both done incredible jobs coming this far, you both have grown, you’ve embraced the competition, I have so much respect for both of you,’ she said.

‘But there’s one person who I want to see next week, because she’s very exciting to me. Jeannie and Brandon, I’m going to save you.’

Dancing With The Stars airs Mondays on ABC in the US.