Olympian Kye Whyte was forced to sit out of tonight’s Dancing On Ice after sustaining an injury.

The BMX racer was advised by medics not to skate this week after spraining his knee, meaning he and partner Tippy Packard had to watch from the sidelines.

He was due to perform a Matrix-inspired routine for the show’s movie week after the 22-year-old delivered an energetic performance to Bonkers by Dizzee Rascal in week one.

His absence was announced by ITV this weekend, and Kye gave an update during tonight’s broadcast.

Chatting to host Holly Willoughby, he joked that he is ‘used to an injury’ due to his cycling as he described what happened.

‘So, we were just having fun like we do and I was doing a spin, and my skate got stuck in Tippy’s skate, we kind of gelled the wrong way. My knee hit the floor and it twisted.’ 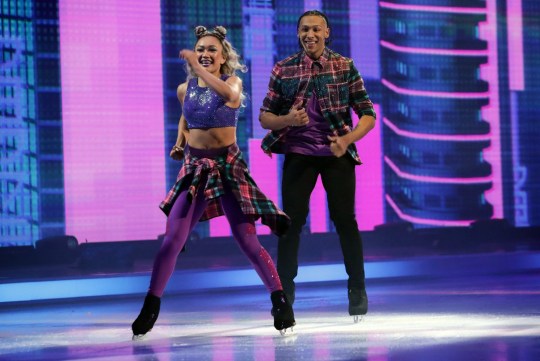 Kye was due to skate for the second time this weekend (Picture: Matt Frost/ITV/REX/Shutterstock)

He added that it was a ‘simple’ move, showing how dangerous the show can be.

‘Hopefully next week we’ll be back dancing again,’ he added, after confirming that he is ok.

‘Hurry up, we miss you. It’s horrible watching it happen and you can’t join in,’ said Holly.

Kye replied that it was ‘the worst’ having to miss out this week.

When a spokesperson for Dancing On Ice broke the news, they said: ‘During rehearsals for this Sunday’s show, Kye fell on the ice and sustained an injury and will therefore not perform in this weekend’s show.’ 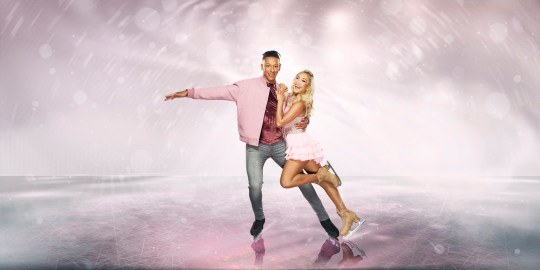 We wish him well! (Picture: PA)

Kye added: ‘It’s an unfortunate accident. I’ve trained and worked hard with Tippy to perform this weekend. For me, as an athlete, I’m used to stuff like this happening where you get injured and can’t compete.

‘I’m more sad for Tippy, she’s worked hard so not being able to skate is obviously upsetting. We both really wanted to do this number, it’s a cool performance and we put a lot of effort into it.’

He added that he ‘was so happy and excited for everyone when they skated last weekend’ and he ‘couldn’t wait to skate this Sunday.’

‘I’ll be there cheering everyone on!’

This isn’t the first time an injury has forced a celeb out of the competition for a week this series, as S Club 7 star Rachel Stevens was unable to take to the ice after fracturing her wrist.

She returned this Sunday for a debut skate to Moulin Rouge, scoring 26.5 out of a possible 40.