Dancing on Ice viewers were left less than impressed after they accused the judges of throwing shade towards Faye Brookes with their feedback.

In scenes that aired last night, the former Corrie star made her debut with Matt Evers after her original dance partner Hamish Gaman was forced to quit.

Professional skater Hamish, who watched the performance from the side lines, pulled out of the competition after he injured his finger while pulling up a sock.

The actress and Matt took to the rink where they performed a routine to Pretty Woman by Roy Orbison.

Faye, who received her highest score of the series, impressed the judges despite a tiny slip-up during the routine.

However, viewers seemed to think that the judges’ comments were a dig at Faye and her new partnership with Matt. 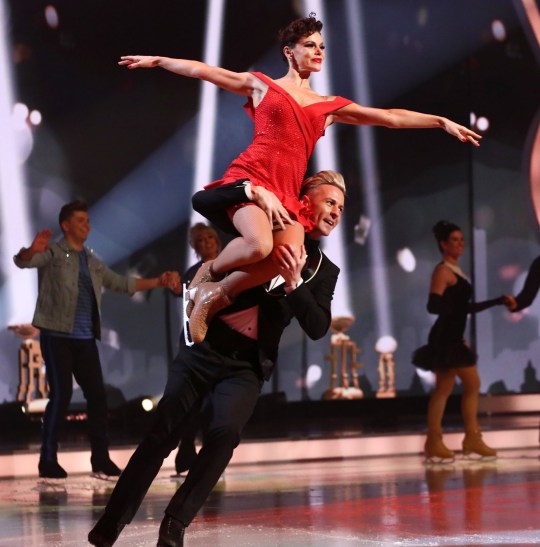 Faye had a tiny slip-up during her routine (Picture: Matt Frost/ITV/Rex)

Speaking after her performance, John Barrowman began: ‘I thought that was Pretty Woman realness.

‘We’re seeing a very different personality to you coming out here. I think this partnership is going to work.

‘You just need to keep going, I would have been higher but that wobble out of the spins, I had to mark you for that.’ 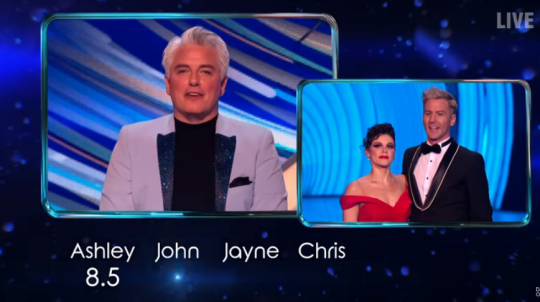 Viewers felt the judges were ‘snide’ with their comments (Picture: ITV)

‘Keep working, keep doing it because the scores will get higher,’ he added.

Christopher Dean went on to add that he couldn’t wait to see Faye ‘moving forward.’

‘I thought there was a freshness about you a confidence about it,’ he explained. 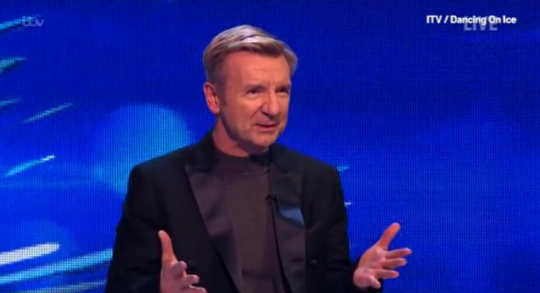 ‘Although it’s a new partnership, Matt’s really good at partnering. He can blend into your style and make it fit really quickly and that’s what’s happened.’

Taking to Twitter to comment on the judges’ critique, one viewer penned: ‘What was with that ‘this partnership will work’ comment. Her last partnership worked so well! I hope her and Matt win!’

Another said: ‘The snide comments about Faye and Matt’s partnership working like her and Hamish weren’t amazing already??? this show treats Hamish awfully and i can’t stand it.’

While one wrote: ‘Am I the only one who’s getting vibes that the judges prefer Faye skating with Matt than Hamish? This makes me sad, but at the same time it doesn’t surprise me, as they absolutely have favouritism towards certain pros.’

‘The judges always have something to comment on about Faye,’ another tweeted.

Some viewers also felt that Faye is being underscored compared to the rest of the celeb contestants despite scoring an impressive 34 out of 40.

Why are the judges always hating on Faye, she deserves higher scores than what sheâs been getting #DancingOnIce

The judgesâ favouritism is really showing this series. I literally cannot deal with Faye doing the best spin and skate so far despite her stumble and still not getting the scores she has deserved since the first show. Please vote for Faye when it opens! #DancingOnIce

I love how faye is still the favourite to win the show despite the judges under scoring her every week, sheâs so powerful. #DancingOnIce

Iâm sorry but Iâm so sick and tired of the judges obviously scoring certain people down each year. This years victim is Faye. What a joke that Colin and Rebecca got higher than her itâs so obvious that they plan their scores before the show, itâs so forged #dancingonice

Dancing on Ice returns on Sunday at 6pm on ITV.