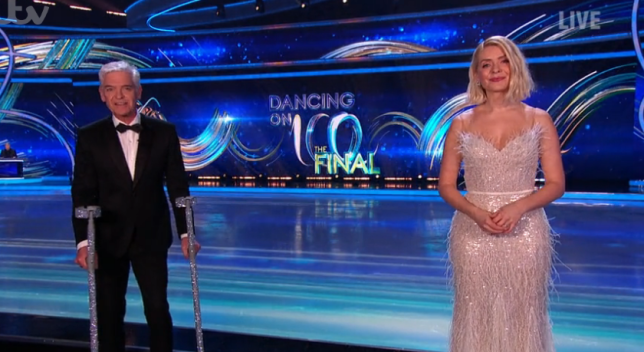 Phillip Schofield posed with some sparkly crutches during the Dancing On Ice final (Picture: ITV)

Dancing On Ice host Phillip Schofield took a moment in the live final on Sunday to poke fun at the string of injuries that has brought this year’s series to an early finish.

The competition held its final a week early after a number of celebrity contestants, such as Denise Van Outen and Jason Donovan, were forced to pull out due to injuries.

During the live show, which saw Sonny Jay crowned the winner, Phillip joked about what had been a difficult series by whipping out a pair of crutches.

Speaking before former contestants took to the ice for one last group routine, the This Morning presenter quipped: ‘They are ready, we are ready and after the luck we’ve had this season – these are ready as well…’ at which point he picked up the crutches.

There was almost another mishap on the rink as presenter Matt Richardson and his skating partner Vicky Ogden took a tumble mid-performance. 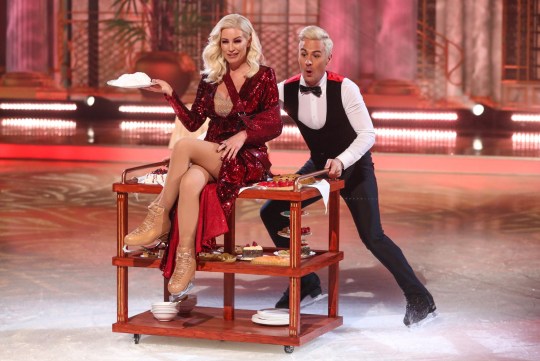 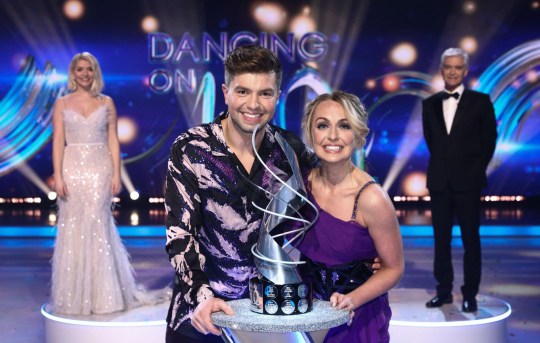 The finalists were tasked with performing their own Bolero routine inspired by Jayne Torvill and Christopher Dean’s iconic Olympics performance, with fans being blown away by their efforts.

He was clearly shocked to hear his name being announced, telling Phil and co-host Holly Willoughby: ‘That’s mental.’

Dancing On Ice is available on ITV Hub.