DANCING On Ice celebrity Lady Leshurr is at risk of becoming the first contestant to be eliminated.

Emmerdale’s Joe Warren-Plant and rapper Lady Leshurr landed in the bottom two after the tallying the public vote. 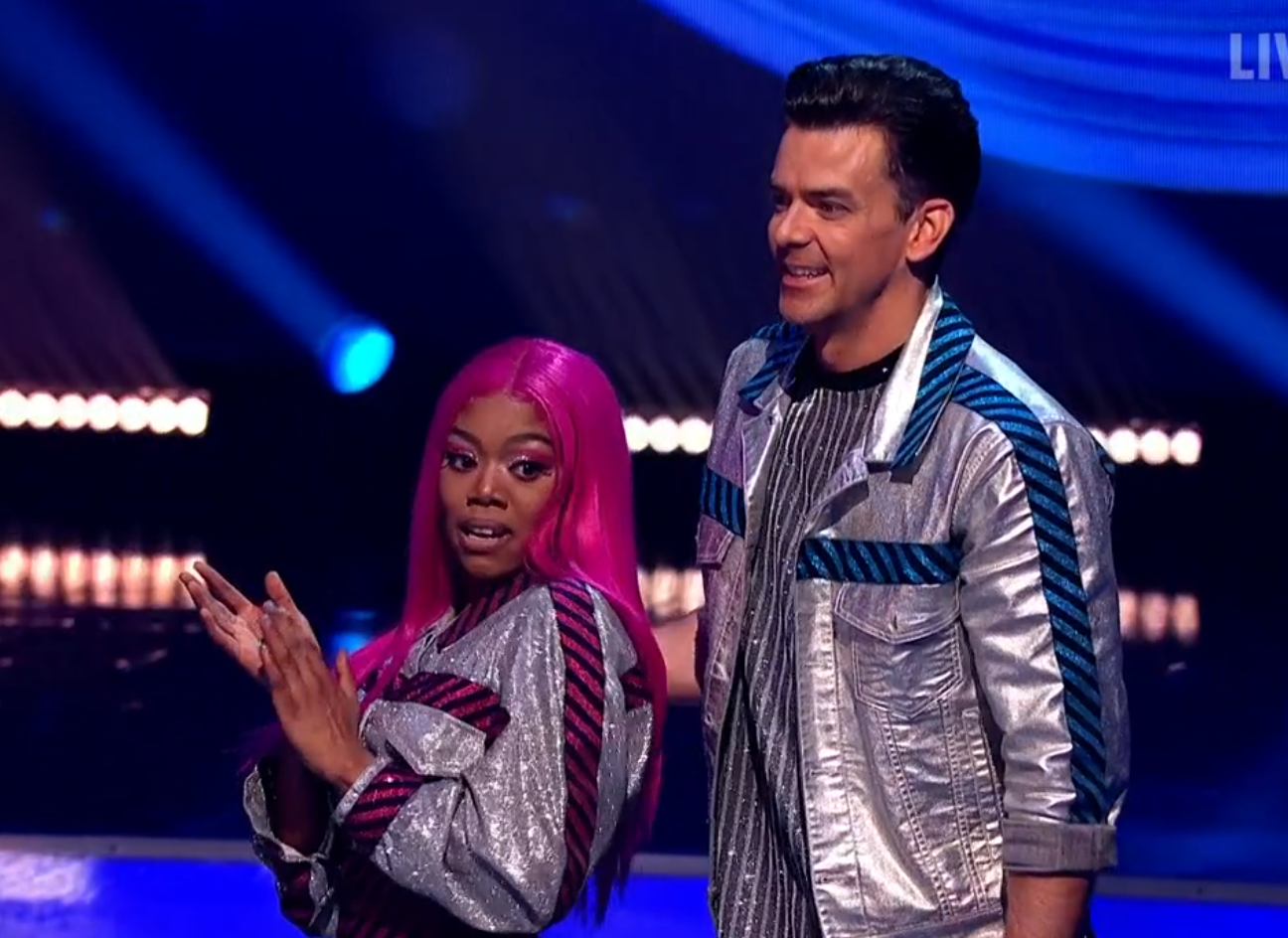 She will now compete alongside pro partner Brendyn Hadfield to save her place in the ITV figure skating show in next week’s skate-off.

Denise Van Outen and her partner Matt were the first to be named safe, followed by Jason Donavon and Alexandra.

Viewers were shocked that Joe landed in the bottom two, who despite falling in his performance, pulled off an impressive dance. 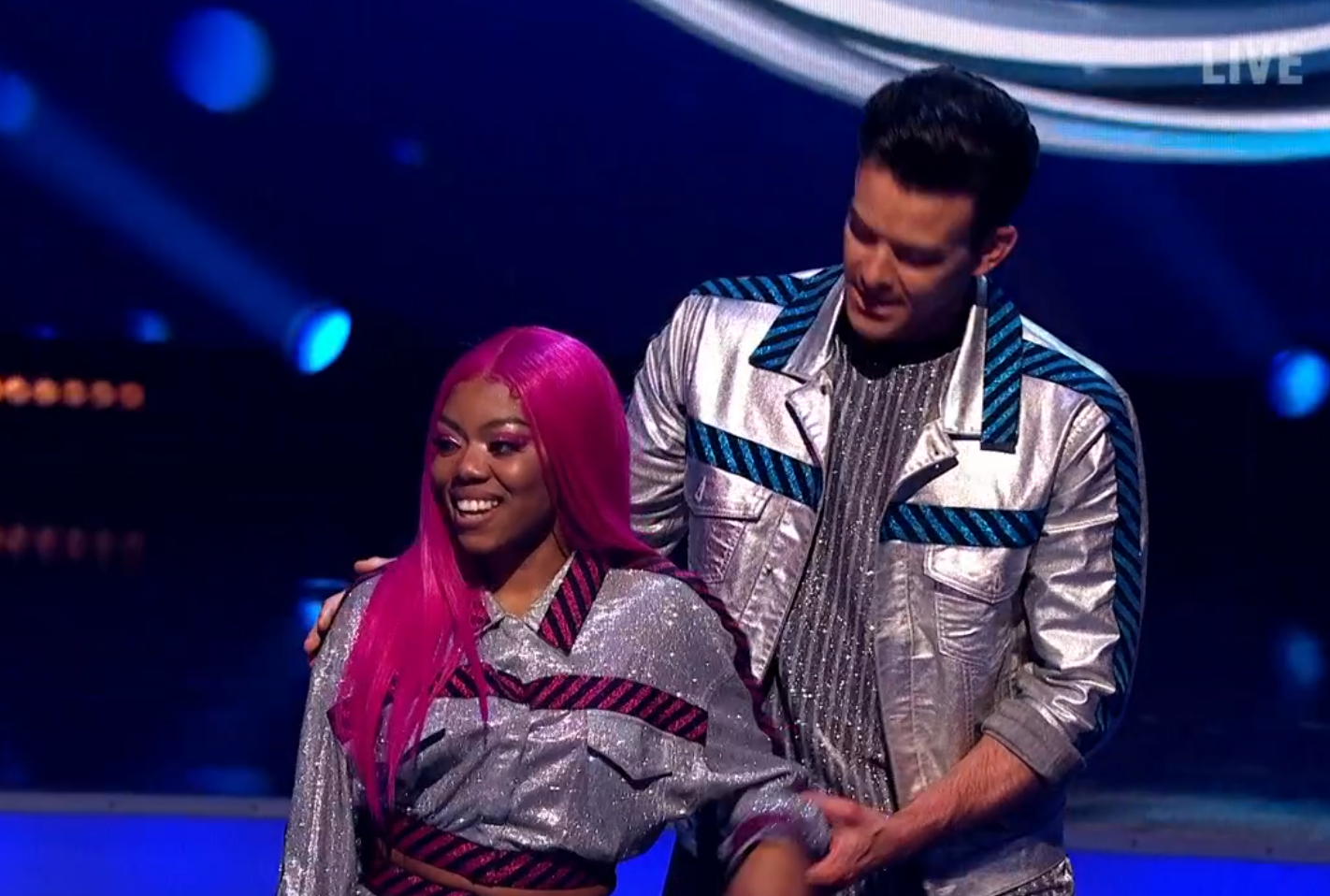 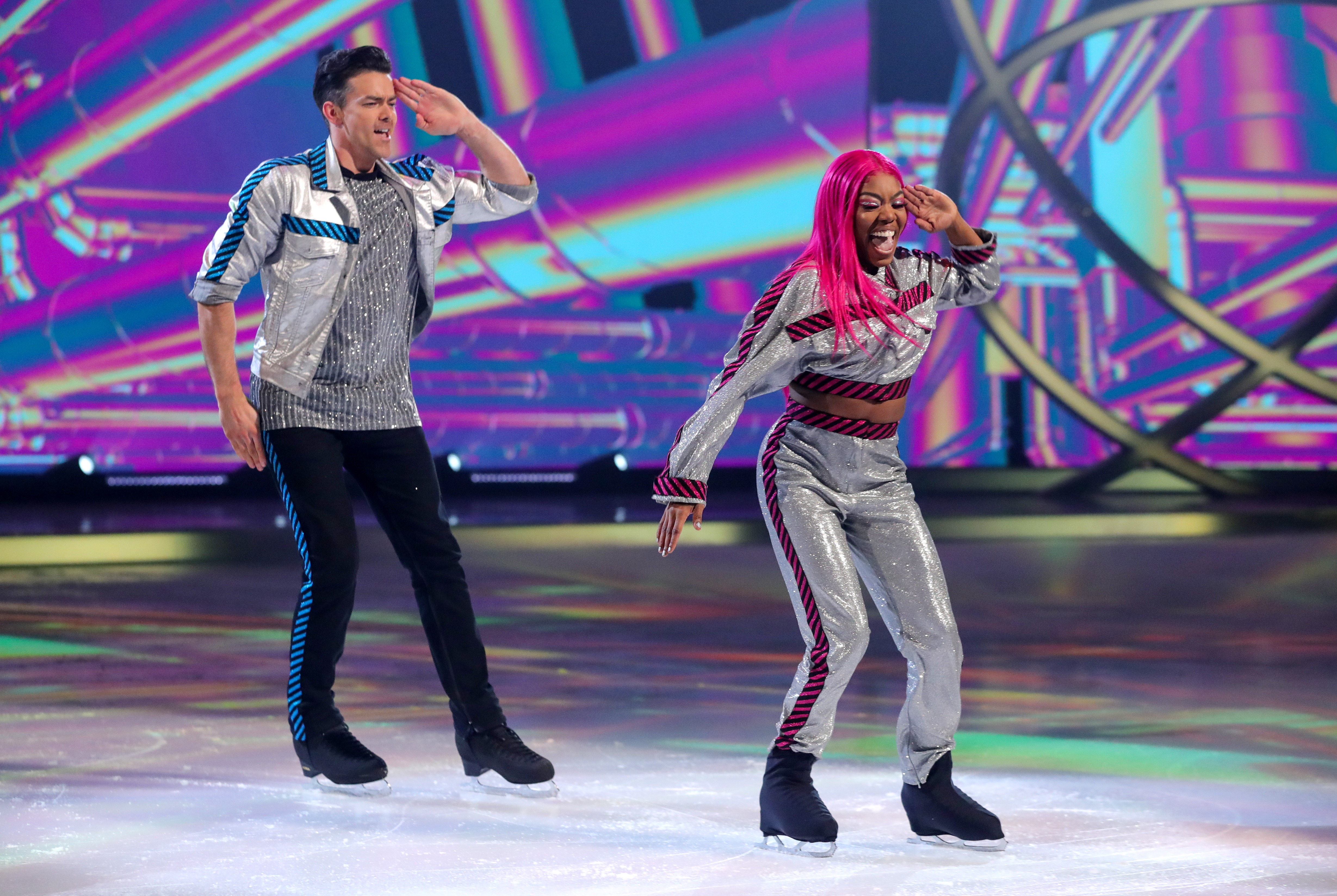 “No one deserves to be there,” Phillip said as a clearly disappointed Lady Leshurr nodded.

It turned out Twitter fans were in complete agreement, arguing the Birmingham born star gave an impressive performance.

One Twitter user wrote: “I’m not having it!!! @LadyLeshurr you have been robbed! You best not go next week. you were actually amazing!”

Another added: “Fuming!!! Lady Leshurr was by far the best skater tonight.” 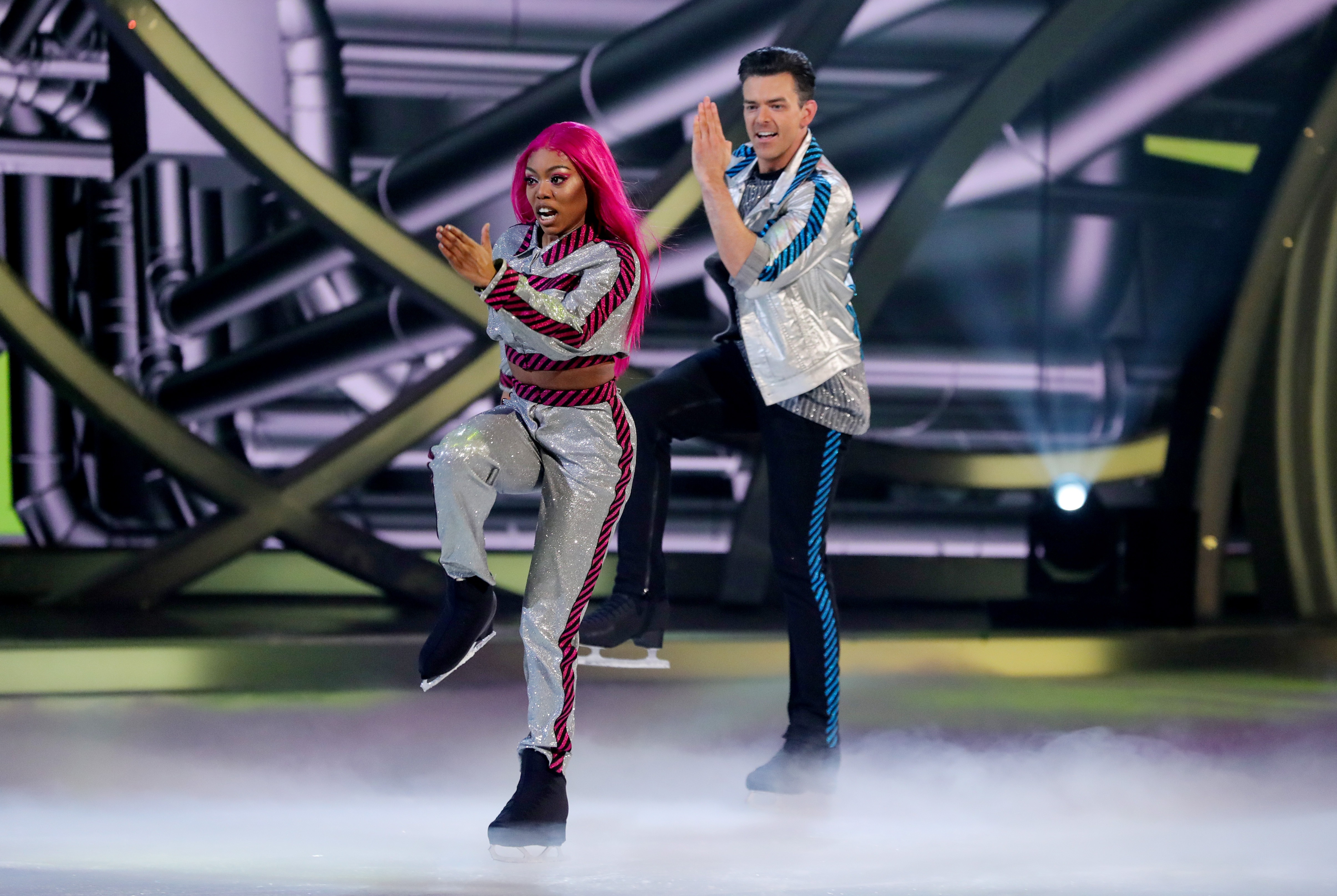 The rapper gave an enthusiastic performance to Little Mix’s Salute, with the girl group loving her skating debut. 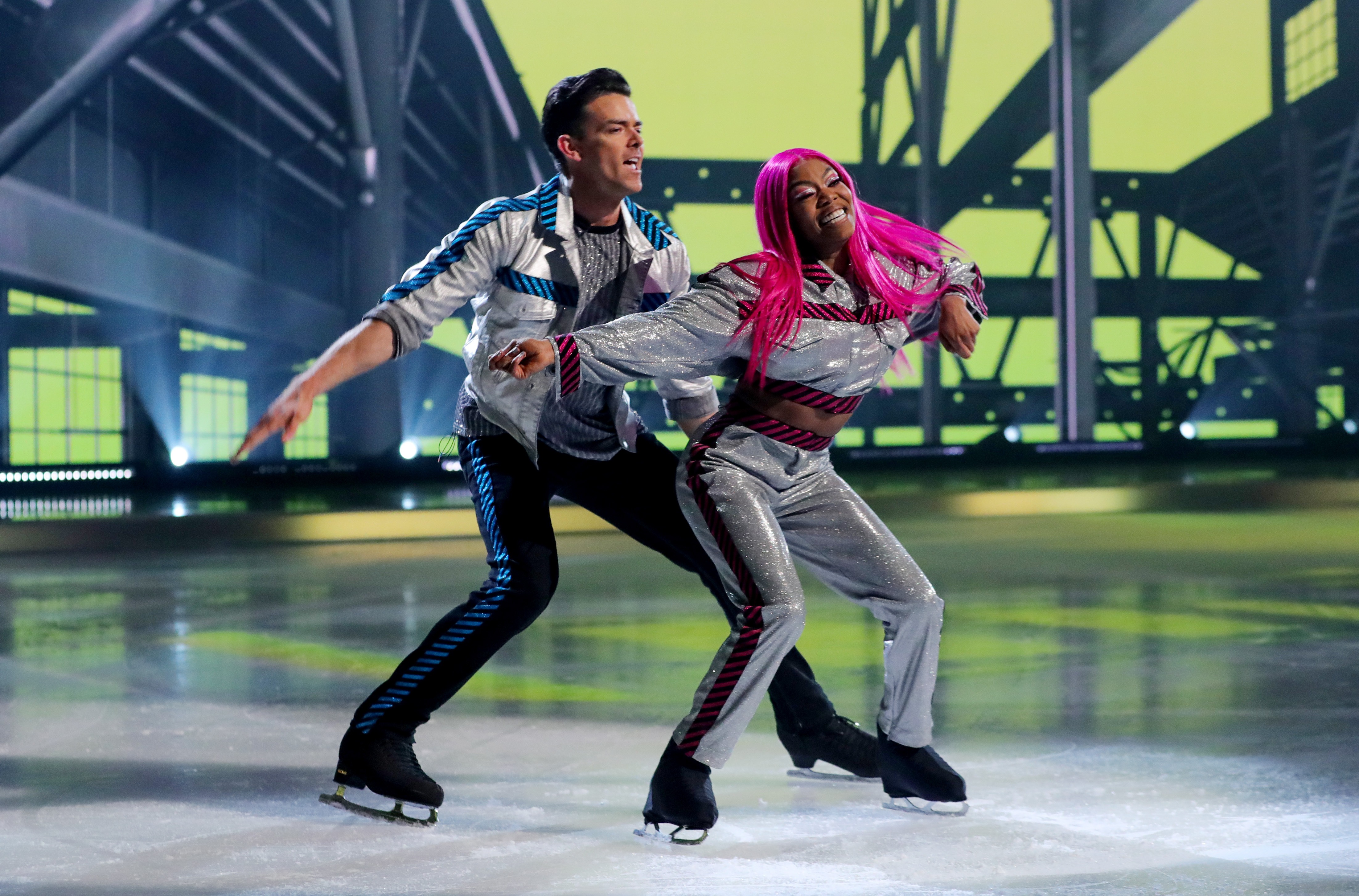 But in a new addition to the show, the judges are able to award one couple a ‘golden ticket’ which gives them passage straight through to the next round. 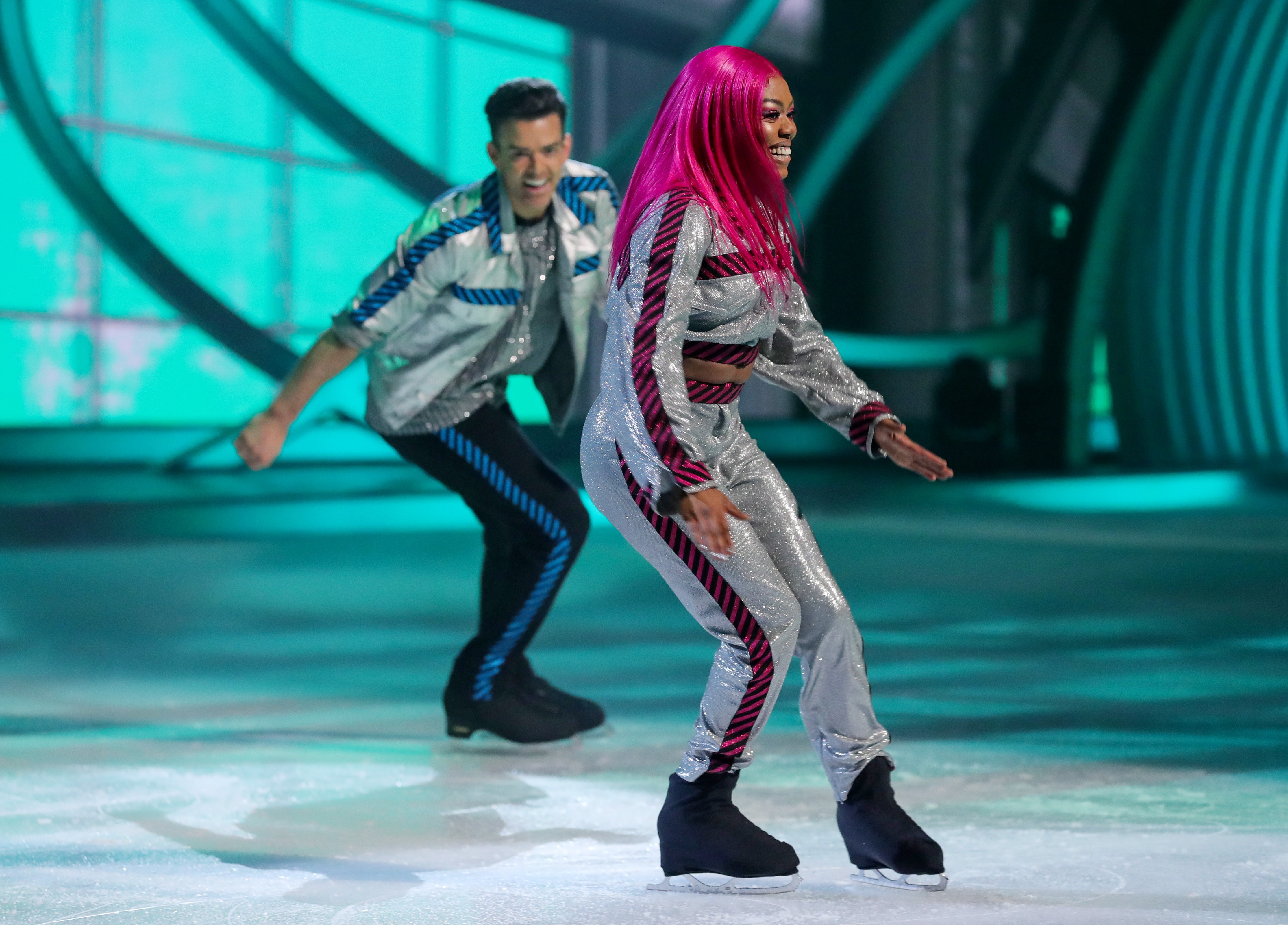 The 33-year-old started her performance off with a rapCredit: Rex Features

They decided to give this week’s golden ticket to comedian Rufus Hound and his professional partner Robin, which will see them go straight into musicals week.

Lady Leshurr will compete against in a ‘Save Me Skate’ against whichever other couple lands in the bottom next week.

The judges will then decide which couple to save and in the event of a tie, legendary skaters Jayne Torvill and Christopher Dean will make the decision.