DANCING On Ice fans might have been excited for the show to be back but were very “distracted” by host Holly Willoughby.

The This Morning presenter has promised to wear breathtaking dresses every week, and has certainly started off with a bang. 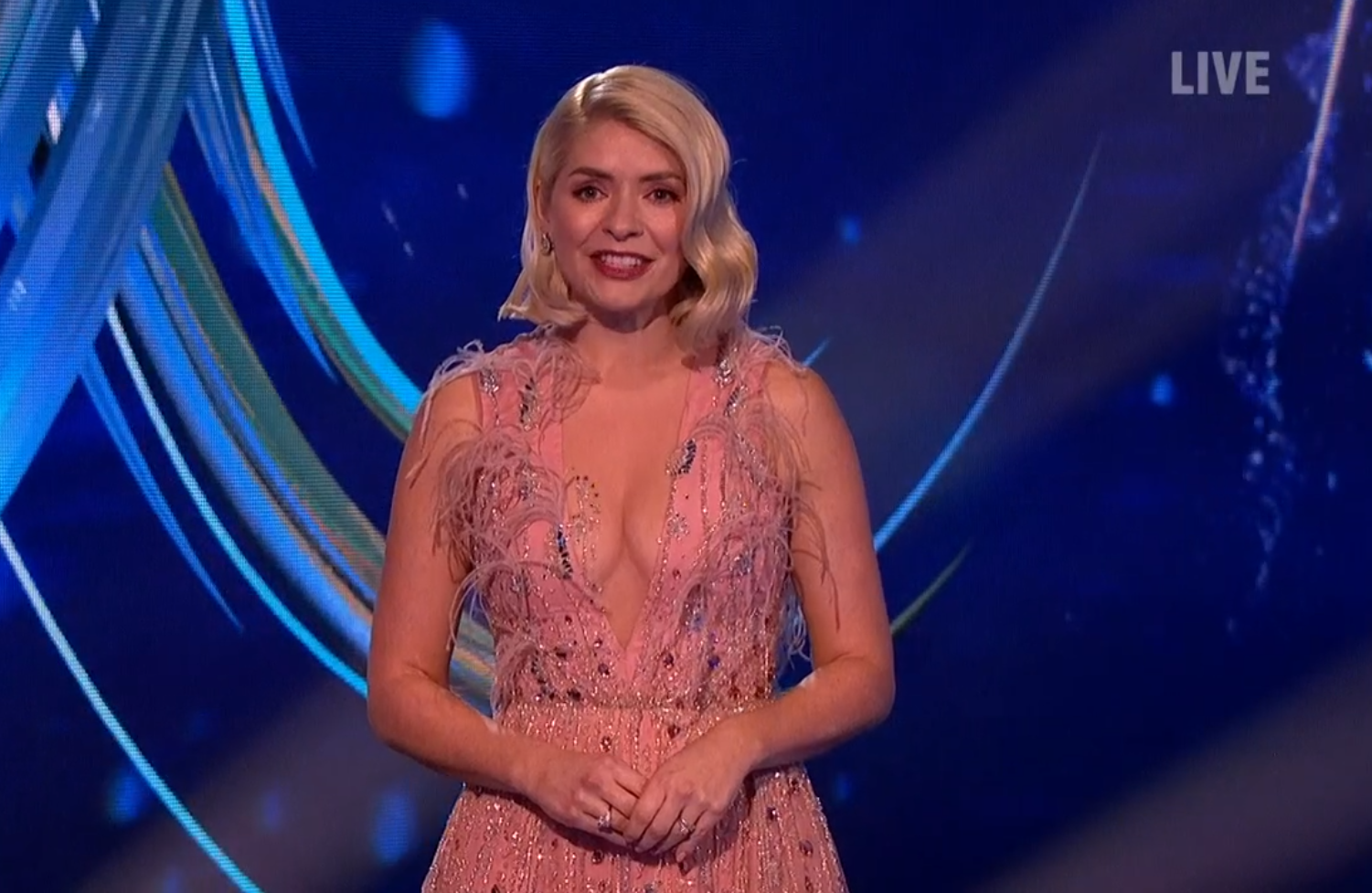 Holly Willoughby in the first week of Dancing On Ice

Fans couldn’t help but comment on the plunging neckline.

“I keep looking at holly’s chest,” wrote one Twitter user. 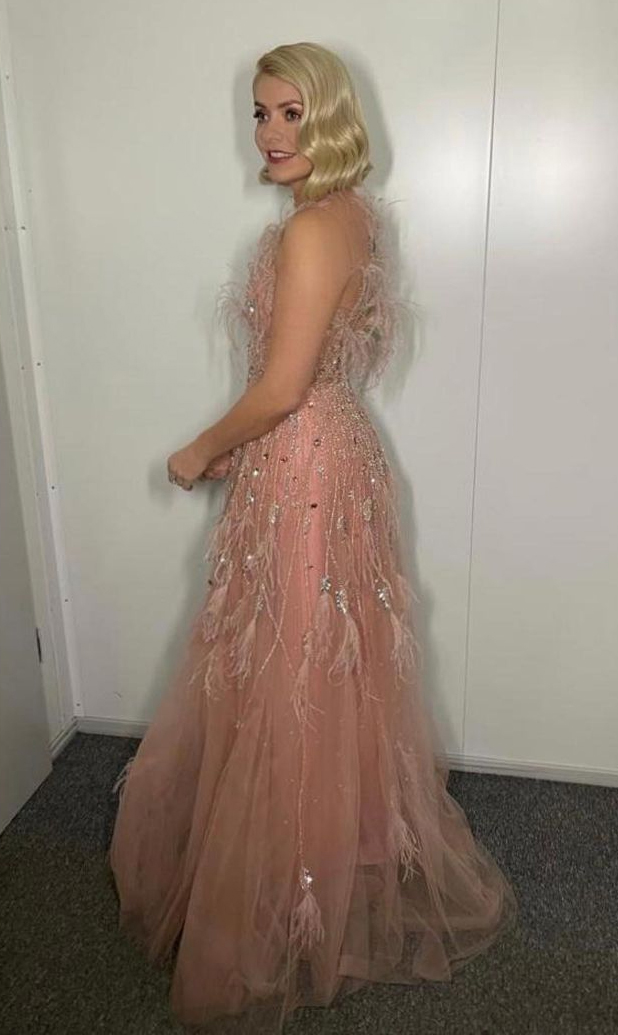 Some stood up for Holly’s stunning look: “Holly looks absolutely STUNNING! And anyone who complains to Ofcom about a bit of cleavage needs to put their head firmly in the oven.”

Holly, 39, showed off the dress on Instagram, saying it felt good to be getting dressed up again.

Posing in the custom Danny Trache dress, Holly captioned the pic: “Well its back… @dancingonice on @itv at 6pm… it’s incredible that the brilliant team, crew and celebs have made this happened… it’s not been easy and I feel so proud. Gosh it feels good to put a sequin on! … thanks to the girls.”

It’s not surprise Holly has smashed the fashion game straight out of the gates after promising each show will be “like her wedding day” because of “special” outfits.

The blush pink gown was made for her by Danny TracheCredit: Instagram

The TV star, 38, has already teased a stunning white bridal gown ahead of the the show’s return on Sunday, and it looks like the rest of the series will be a fashion feast where her wardrobe is concerned.

Relishing the live return, she said: “The best thing is just getting dressed in a proper frock! 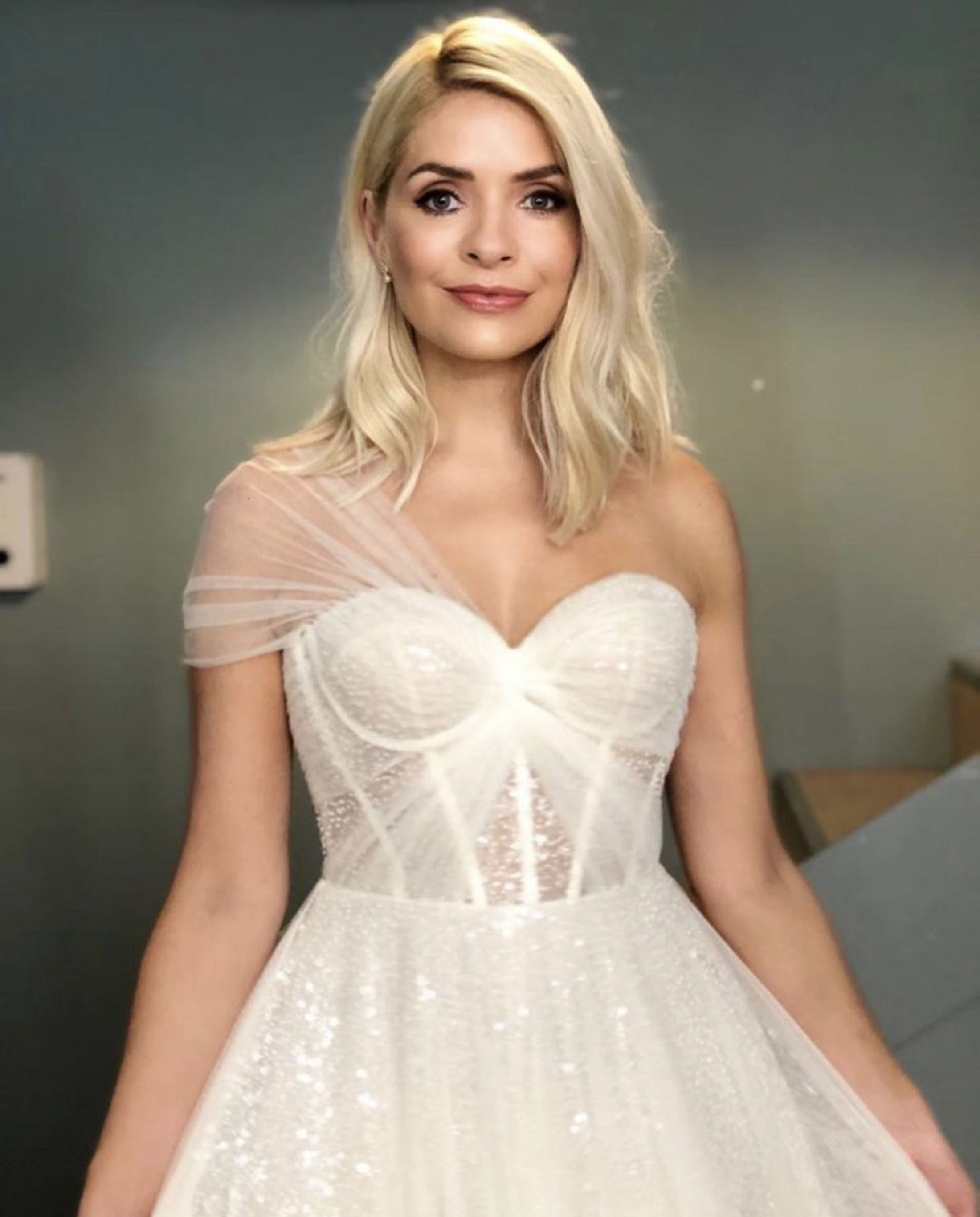 Holly has promised every week will be like her wedding day on Dancing On IceCredit: BackGrid

“Naturally I get dressed for This Morning and I’m not in my pyjamas all day but this is something special.

“I always look forward to when Dancing on Ice comes around because it’s like getting ready for your wedding day every Sunday. I just love it.

“It’s fun and with the girls I work with we’re already plotting outfits and looks and it’s just lovely. It’s a nice feeling.”