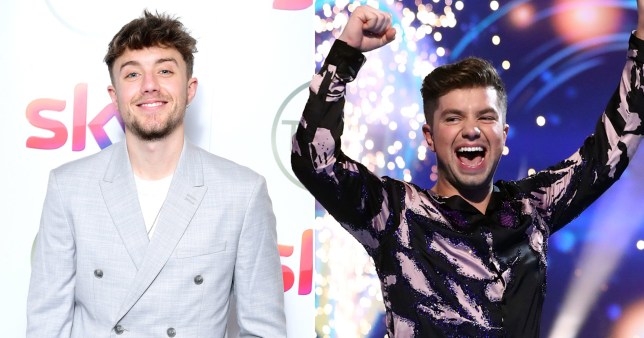 Sonny is going to feel rough in the morning after his win (Picture: PA/Rex)

Radio presenter Roman Kemp has revealed that his Capital Breakfast co-host Sonny Jay is celebrating his Dancing On Ice 2021 win in style, divulging on Twitter that his colleague is ‘sloshed’.

In the series finale of Dancing On Ice, Sonny was crowned the winner alongside his professional skating partner Angela Egan, beating Corrie’s Faye Brookes and athlete Colin Jackson.

Sonny was ecstatic as he processed his victory, stating: ‘I’ve loved this experience it’s been great.’

After wowing the judges and viewers with his and Angela’s stunning Bolero routine, which was inspired by Jayne Torvill and Christopher Dean’s iconic Olympics performance, Sonny was in for a night of well-earned celebrations.

And according to Roman, he went full out.

‘I can confirm, @SonnyJay is SLOSHED,’ Roman wrote on Twitter, adding: ‘Tomorrow will be a fun show. 6am bright and early.’

I can confirm, @SonnyJay is SLOSHED. Tomorrow will be a fun show ð 6am bright and early

Several Twitter users commented that Sonny was well in his right to savour his win, given his impressive performances on the night.

‘Oh my hahahahahaha he deserves to celebrate tho! Tomorrow is gonna be madness,’ one person replied to Roman’s tweet. 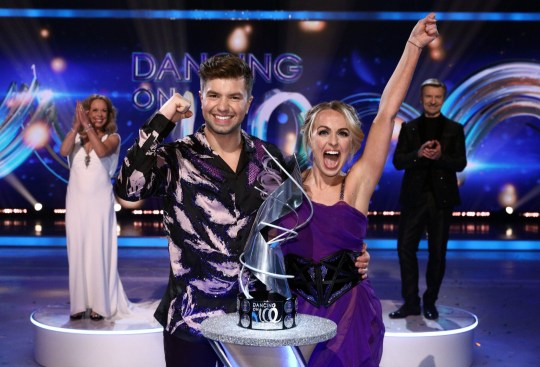 Sonny and Angela are elated over their victory (Picture: Matt Frost/ITV/Rex)

‘Get a fish finger butty ready for him and a hair of the dog – it will sort him right out!’ someone else said.

A few people remarked that in their opinion, Sonny should have been given the day off.

‘Can’t they give him the day off, now he’s a champion!’ one person wrote incredulously. 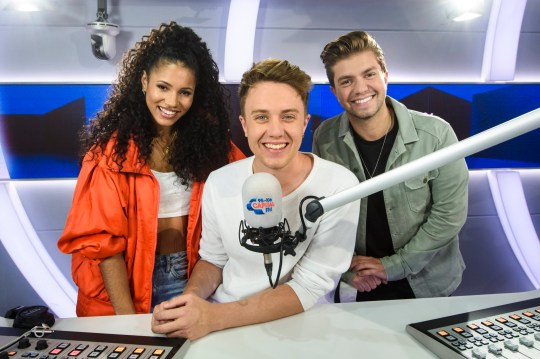 The Dancing On Ice final was eventful to say the least, with former celebrity contestants returning for a group dance after several dropped out of the competition due to injuries.

Comedian Matt Richardson, who replaced Rufus Hound after he tested positive for coronavirus, suffered an unfortunate gaffe in the group routine, stumbling over his partner Vicky Ogden in a moment that some described as the ‘best thing about this final’.

Faye, who came in second, was reduced to tears when she was presented with a special good luck message from her former partner Hamish Gaman, who was forced to quit after sustaining a hand injury.

‘I’m so proud of you, good luck and have fun on the night,’ Hamish said, as Faye watched with her replacement partner Matt Evers.

Dancing On Ice is available to watch on ITV Player.