The Dora Milaje are a force to be reckoned with (Picture: Marvel/Disney/Kobal/Rex/Shutterstock)

Black Panther star Danai Gurira is said to be returning as Marvel character Okoye in the sequel to the film and also an origin spin-off series to be released on Disney Plus.

Gurira was first introduced as Okoye, the leader of the Dora Milaje, the bodyguards of T’Challa (Chadwick Boseman), in the 2018 MCU film Black Panther, a role she reprised in Avengers: Infinity War and Avengers: Endgame.

While it should come as no surprise that the indomitable Okoye will be back in Black Panther: Wakanda Forever, which is slated for a 2022 release, it has now been reported that an origin spin-off series starring The Walking Dead star is also on the cards.

According to a new report, sources confirmed the deal, although Disney did not provide a comment.

Deadline cited another report in The Hollywood Reporter, a profile with Danai’s attorney Jamie Mandelbaum, which stated that he had ‘brokered a deal for actress Danai Gurira to not only reprise her role as Okoye in the upcoming Black Panther sequel but also in an origin spinoff series for Disney+’.

In December last year, Marvel president Kevin Feige confirmed that Chadwick, who died in August 2020 at the age of 43 after suffering from colon cancer, would not be replaced in the Black Panther sequel. 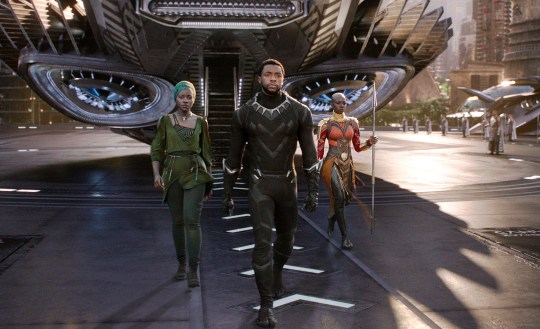 The late Chadwick Boseman will not be replaced in Black Panther sequel (Picture: Matt Kennedy/Marvel Studios-Disney via AP)

Speaking at Disney’s Investor Day summit, the Marvel boss said: ‘I wanted to acknowledge the devastating loss of a dear friend and member of the Marvel Studios family.

‘Chadwick Boseman was an immensely talented actor and an inspirational individual who affected all of our lives professionally and personally.

‘His portrayal of T’Challa the Black Panther is iconic and transcends iteration of the character in any other medium from Marvel’s past. And it’s for that reason that we will not recast the character.’

In February this year, it was announced that Black Panther director Ryan Coogler was working on a Wakanda spin-off series for Disney Plus.

Earlier this year, Black Panther fans were ecstatic to see members of the Dora Milaje featured in The Falcon and The Winter Soldier, when Bucky Barnes (Sebastian Stan) came face to face with Ayo (Florence Kasumba) after she helped him rehabilitate in Wakanda.

Black Panther: Wakanda Forever is due to be released on July 8 2022.