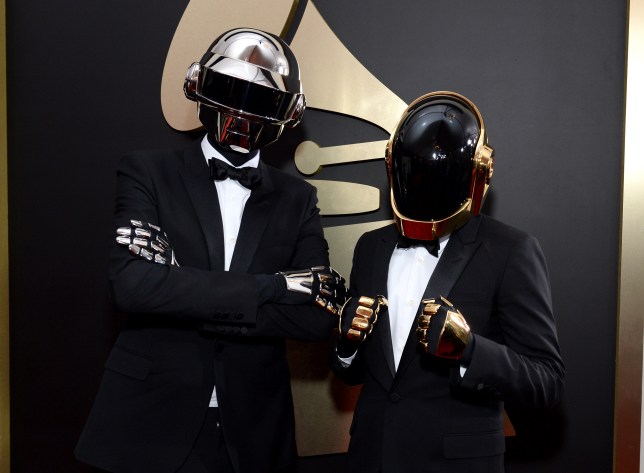 Daft Punk have broken all out hearts (Picture: WireImage)

Noel Fielding and his girlfriend Lliana Bird are just as devastated by news of Daft Punk’s split as the rest of us.

The Get Lucky hitmakers, real names Thomas Bangalter and Guy-Manuel de Homem-Christo, shocked the music world yesterday after announcing they were retiring after 28 years of creating magic together.

Reeling from the news, Noel shared a photo of a card with Daft Punk drawn on the front in chalk.

‘Talk about being thrown into the deep end,’ she quipped.

‘I was so nervous as i headed to the K West to meet them. I was a total newbie at Xfm, working on the website, and I have no idea why my lovely boss @everittmatt entrusted me with such an important interview with a seminal band but he did.’

Lliana admits she was apprehensive about meeting the French musicians as she’d heard on the grapevine that they could be ‘tricky’ and ‘not big fans of “the chat”.’

She was also unsure if they would keep their famous robotic helmets on the whole time, considering they typically wore them while representing the group.

The presenter continued: ‘This interview would be shared across the entire Capital radio network, tens of major stations….no pressure right? But i knew that i knew this band well, i adored their music, i’d done my research. It was now or never.

‘I knocked on the hotel room door and two guys opened it – it was Thomas and Guy-Manuel. They were smiling. Helmets no where to be seen. They could probably see i was stupidly young and just a bit nervous. I got out my mic and began.’

To Lliana’s surprise, Thomas and Guy-Manuel were ‘incredible’ and nothing like she’d heard.

‘Generous, warm, funny, and just so interesting. Ive gone on to interviews hundreds of bands since, but this one remains my favourite for so many reasons,’ she admitted.

‘And i’ll forever remain grateful that they were so kind. Clips of the interview got played across the whole of the GCap network, I got to trundle off to hyde park to watch them then perform an awe inspiring set and dance my tits off, and my lovely boss was happy.’ 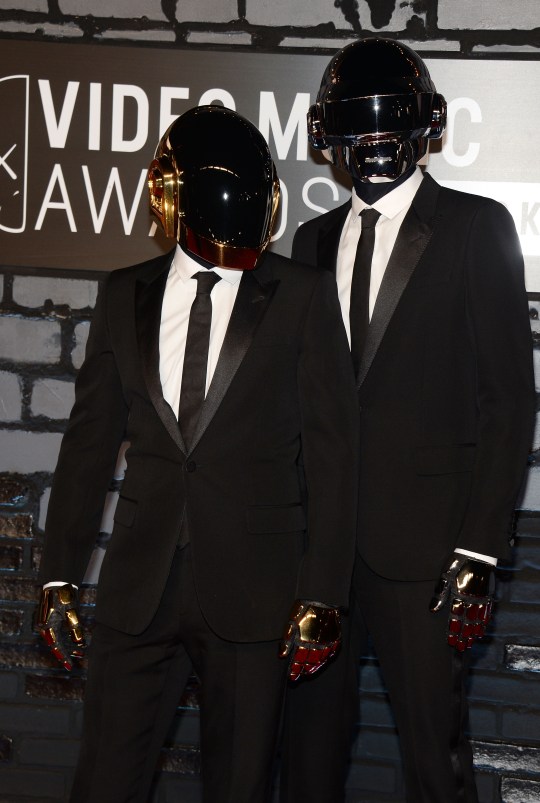 Daft Punk announced the news with a seven-minute video of them self-destructing in the desert.

The pair have been a defining force in dance music for almost 30 years and teamed up with Pharrell Williams in 2013 for their track Get Lucky, which became one of their biggest mainstream successes.

In 2016, they joined forces with The Weeknd for Star Boy and I Feel It Coming.

They have had six top 10 singles in the UK charts, including classics Around The World and One More Time. Random Access Memories, their final official release together, earned the pair a Grammy for best album of 2013.