Courteney Cox has celebrated the Friends reunion being nominated for an Emmy with a sweet upload to Instagram, less than two months after the cast reunited for the special.

This isn’t the first time Friends has been nominated, as the series received its first nine nominations in 1995.

Lisa Kudrow, Jennifer Aniston, Christina Applegate, and Bruce Willis all won Emmy’s for their roles on the hit show and the programme won for outstanding comedy series in 2002.

The 2021 Emmys is the first time Courteney has received a nomination for the Friends. The actress was nominated as one of the reunion’s executive producers over 20 years after the series’ end. 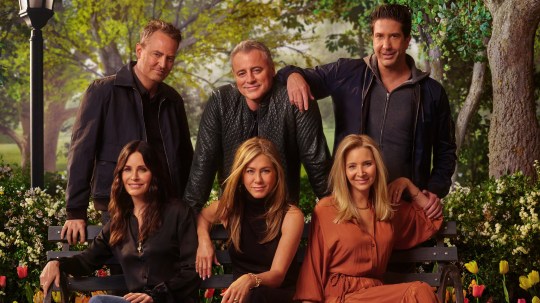 The special was a hit with fans (Picture: HBO Max)

The actress uploaded a group selfie of herself with the cast and producer Ben Winston to celebrate.

Courteney captioned the upload: ‘The one where we are incredibly grateful to the Academy for this honour and especially thankful for @mrbenwinston and his entire team for their outstanding achievement.’

She previously spoke about her time on the cast of Friends, admitting that she was ‘hurt’ to be the only regular not to receive an Emmy nomination previously. 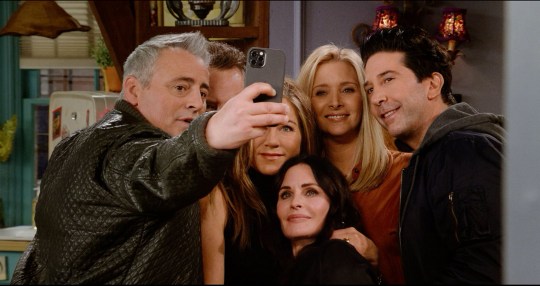 Her costars all earned nominations during their Friends careers, and Courteney revealed that it was tough not to have received the same recognition.

The actress spoke on Howard Stern’s Sirius XM show with co-stars Jennifer and Lisa, saying: ‘It always hurt my feelings.’

‘When every single cast member was nominated but me, it definitely hurt my feelings. I was happy for everybody, and then when it was finally like, “Oh, I’m the only one?” It hurt,’ she added.

While all the main stars of Friends were nominated, only Jennifer and Lisa went on to win Emmy awards during the hugely popular comedy’s run.

However, Courteney said the ‘sting’ over a lack of recognition faded once she was nominated for a Golden Globe for her performance in Cougar Town.