Anne Robinson addressed the feud claims surrounding her and Rachel Riley, dismissing the claims but recalling it was ‘important’ to her that Rachel’s mic was ‘off’ at times during Countdown.

Anne, 77, recently exited from her hosting role on the Channel 4 quiz show, after recording just 265 episodes, admitting she’d stayed ‘longer than I signed up for.’

Piers interrupted to chime in: ‘You just didn’t get on with her,’ to which Anne quickly responded: ‘No, I didn’t not get on with her, but some performers like a lot of noise around them before they go on air and others like me, who are trying to get their contestants to remember what their hobbies are, would like some quiet while she’s doing that.

‘So it was important to me that we took her mic off.’

It came amid claims of a feud between the former Weakest Link presenter and co-star Rachel, 36, who seemed excited about the future of the programme after Anne’s departure was announced. 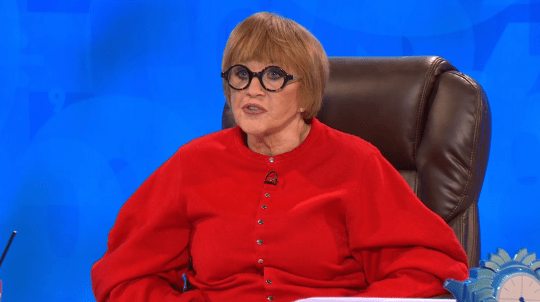 On Rachel’s Instagram account, she shared a selfie beaming to the camera, while holding a glass of wine in her hand, and penning: ‘Drinking a toast to the next chapter in Countdown history.

‘I think you’re going to like it,’ she teased.

Anne had denied rumours of a rift between herself and her co-star, but previously has admitted to claims she asked for mics to be turned off – which emerged last year.

Chatting to Emma Barnett on BBC Radio 4’s Woman’s Hour, she said of Rachel and Susie at the time: ‘They’re both brilliant at what they do. I mean they really, really are. Channel 4 are incredibly lucky to have them. And there isn’t a rift.

‘It was me wanting everyone to be quiet in the studio. I like everyone turning up on time and quiet, quiet, quiet. So we did have to iron that out. But that’s it. 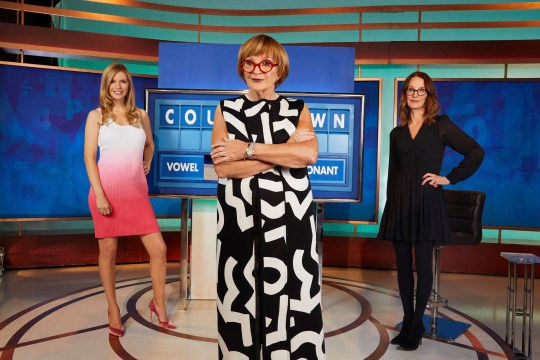 ‘I think we all came to an agreement that we would have mics off before we went into a record, which gave me time to have a chat with the contestants – that’s all – and remind them what their hobbies are.’

Describing the numbers whizz, she added: ‘She is brilliant at those numbers, what else can I say.’

Rachel was also forced to dismiss reports of a ‘feud’ between her and co-star Anne, telling ITV’s Lorraine back in November that people should ‘not believe tabloids.’

Announcing her departure from the Channel 4 show, Anne had said: ‘I’ve had a blast hosting this wonderful show. And I stayed longer than I signed up for

‘Now it is time for an older woman to take the reins,’ she shared, announcing her exit from the game show.

‘I hope too I’ve encouraged TV bosses to realise that not all women at the wrong end of their seventies are in care homes playing bingo and watching conjuring tricks,’ she said.