CORONATION Street fans were mystified last night after Zeedan Nazir hurled a box of fruit and veg onto the floor – only for some of it to bounce away.

He chucked it to the ground after discovering that his van – which was stuffed with ill-gotten money – had been taken. 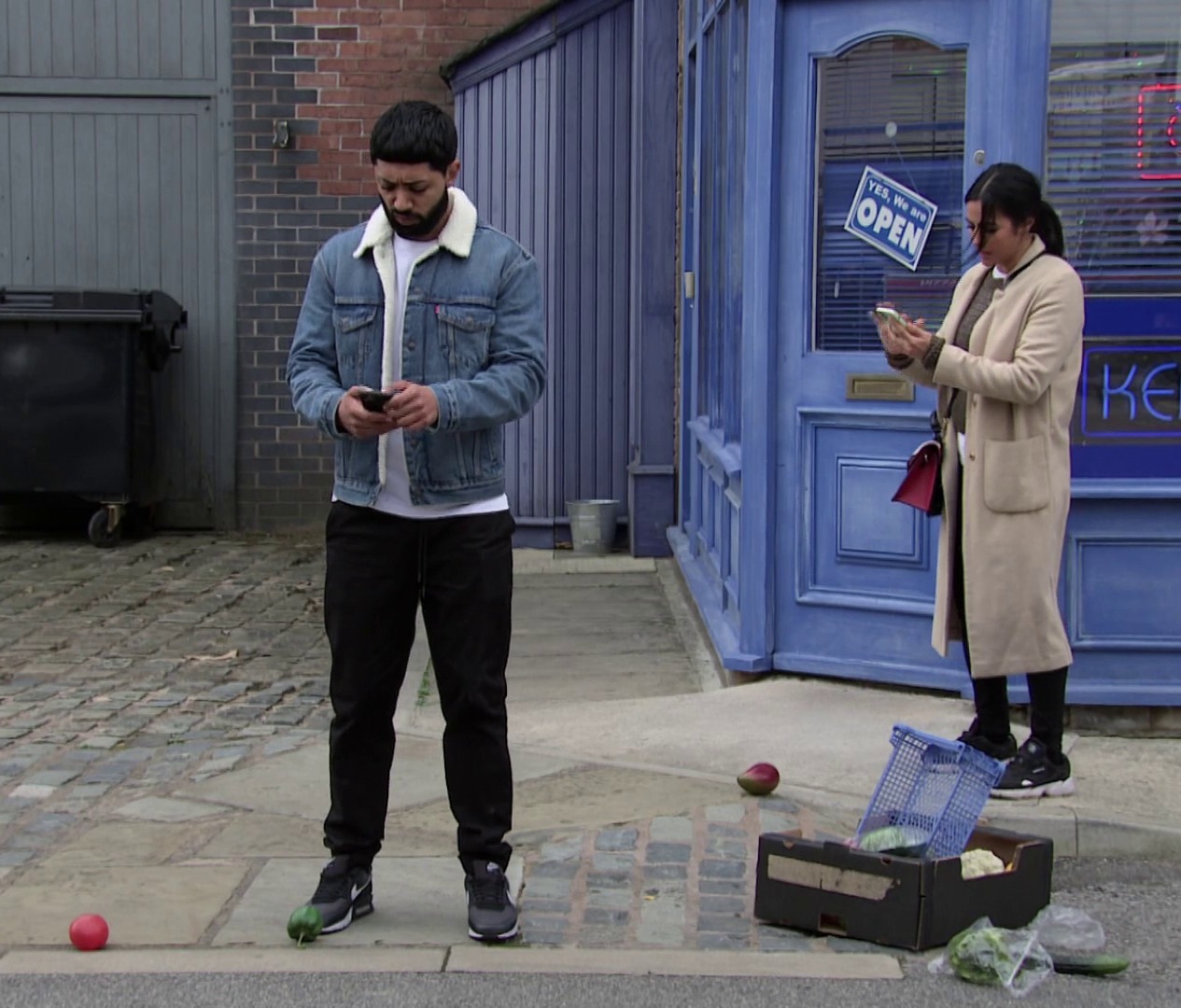 But many were more interested in the vegetables as they hit the cobbles – pinging away in a manner that suggested they were made of plastic.

There was even a ‘tomato’ that boinged along the floor – leaving some viewers in fits of laughter.

One laughed: “The plastic fruit bouncing off the street and rolling about though 🤣.”

Another tweeted: “Ha ha the rattle of the plastic fruit and veg hitting the ground.”

A third wrote, after the Friday night scenes: “Look at all those plastic fruit hit the ground 🤣.”

The scene showed Zeedan carrying a tray of what looked like fruit and veg to the vehicle where he had stashed his money.

He said calmly: “Can you open the van for us?” but then threw the box down in fury when he realised it wasn’t there.

The character wailed: “No, no, this can’t be happening. Hashim’s money, I put it in the van.”

Zeedan had been ordered by his evil father-in-law to burn down the Speed Daal restaurant in an insurance scam to get his money.

And when he refused, the lad was told it was either that or the thug would burn down Yasmeen’s house.

Left with little choice, Zeedan did as he was told, but didn’t realise Yasmeen had given Stu keys to Speed Daal to cook her grandson a dish and prove his skills.

Weatherfield residents soon realised there was a problem as smoke billowed out of the restaurant, and Billy rushed to tell Yasmeen.

She then told a shocked Alya and Zeedan that Stu was inside, and they raced round to the restaurant.