CORONATION Street has aired a bombshell arrest as Nina Lucas is attacked AGAIN in an ITV Hub streaming episode.

**SPOILER WARNING: THIS STORY CONTAINS SPOILERS FROM EPISODES AVAILABLE ON ITVHUB THAT HAVE NOT YET AIRED ON TELEVISION**

Nina is attacked by Corey again this weekCredit: ITV

Viewers know Nina was attacked and left for dead by thug Corey Brent and his gang earlier this year.

The attack claimed her boyfriend Seb’s life and left the community devastated.

This week viewers have watched Nina’s wheels come off as she struggles to cope with her survivor’s guilt.

In Thursday’s episode – that is available on ITV Hub she will find Corey at a hotel in Manchester and realise he is being celebrated for his footballing achievements. 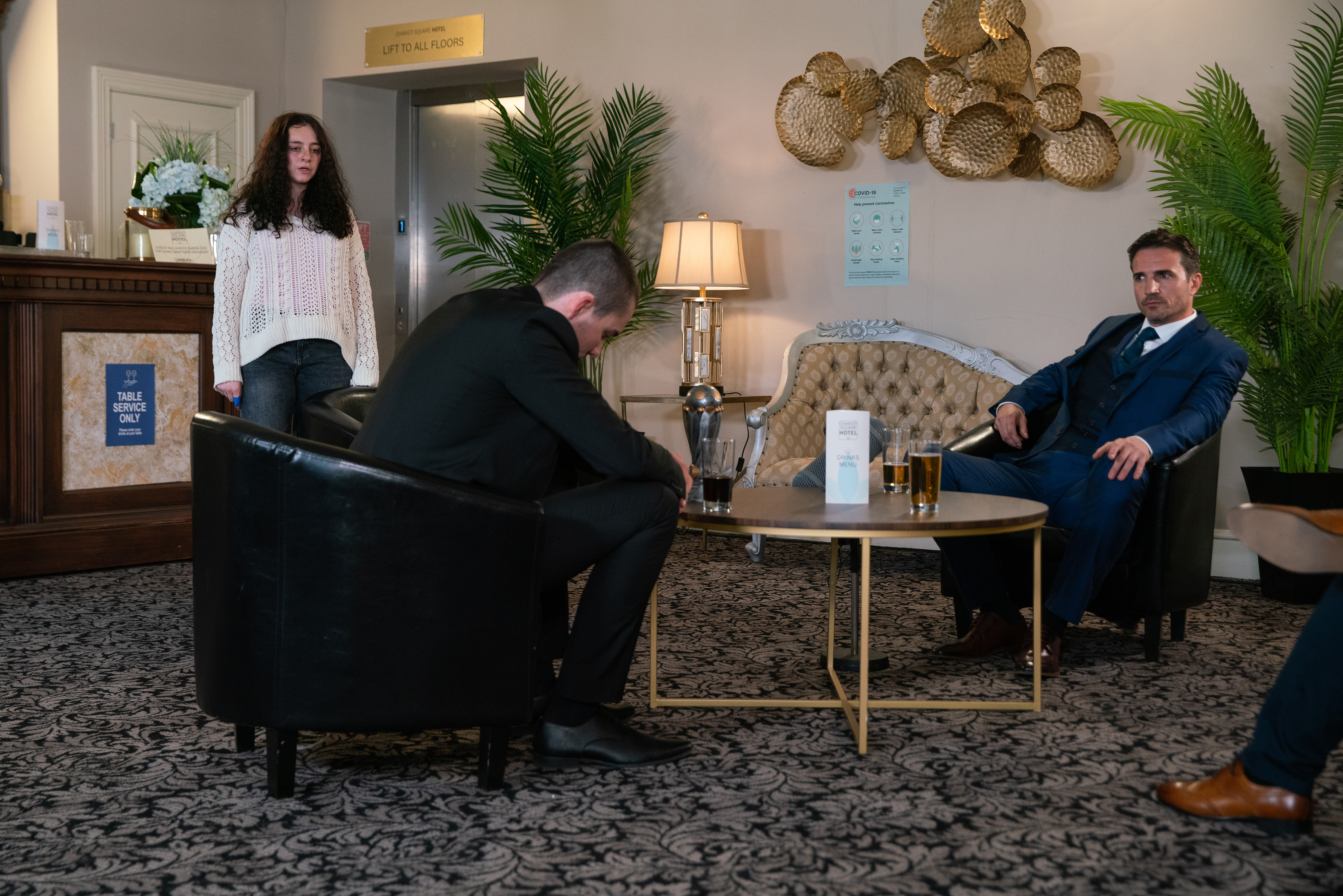 She humiliates him by exposing his evil deeds to everyone there – including Tommy OrpingtonCredit: ITV

She humiliates him by exposing his evil deeds to everyone there – including Tommy Orpington and his agent.

But Corey’s veneer of innocence slips – and having already been charged with Seb’s murder and bailed he makes a fatal mistake.

He follows Nina home and attacks her.

“Hiya freak,” he says as he tries to force his way into the cafe leaving her terrified. 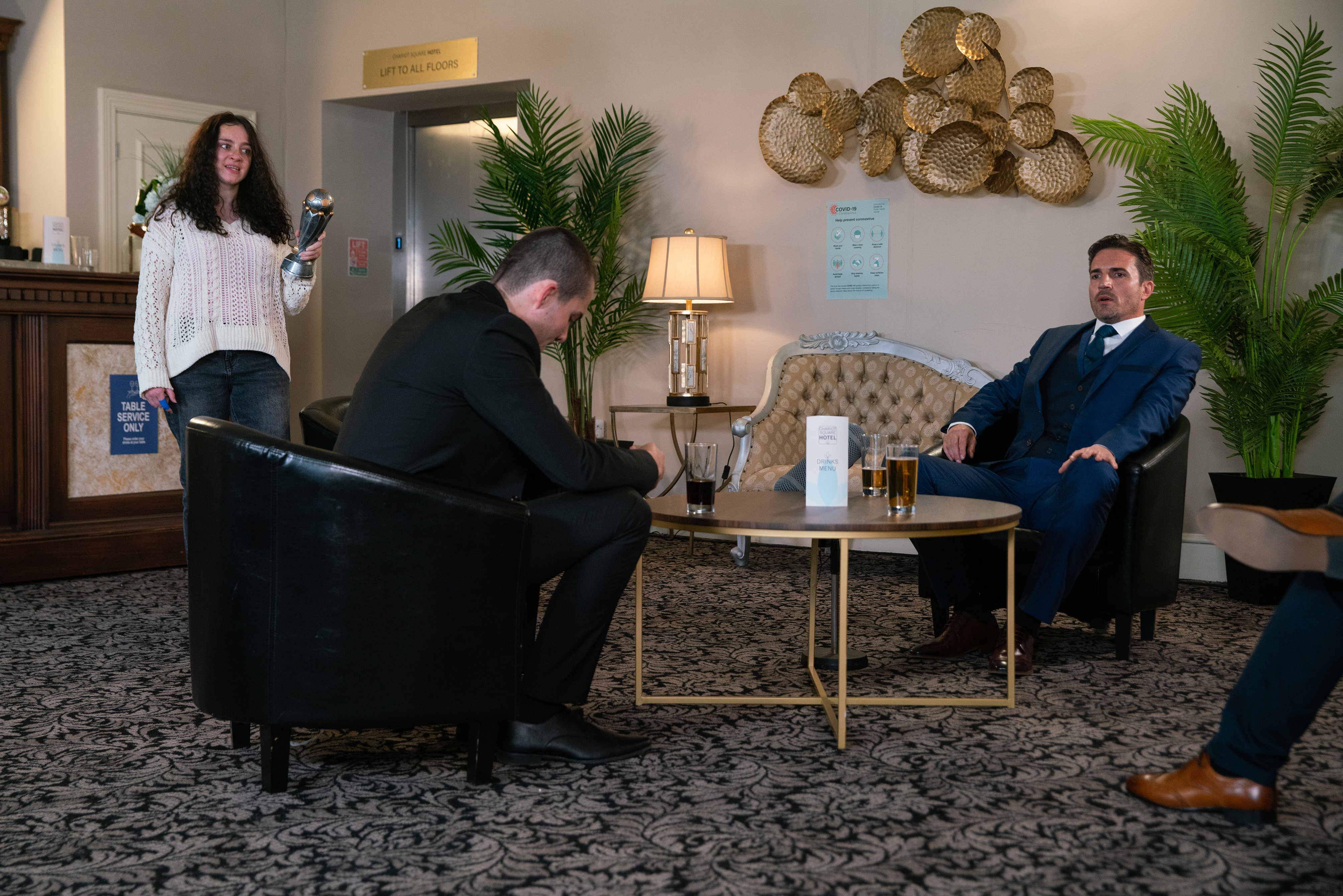 He began shouting about her being a coward and a “gobby little freak” before asking where Seb was to help her – and she snapped.

Thundering outside to confront him, brave Nina shouted: “A coward? You attacked me and Seb, kicked us on the floor and you call me a coward?”

So she smashed his trophy and he went to attack her – but Roy’s arrival made him stop temporarily.

And as Corey said he was going to hurt Nina, Roy revealed he knew Corey had breached his bail conditions.

Cocky Corey bragged there was no witnesses or CCTV to prove he was there – until the police arrived and arrested him for breaching his bail conditions.

And now he should be locked up for good.