CONOR McGREGOR boasted of his TEN MILE cycle ride to the gym before sparring ahead of his trilogy fight against Dustin Poirier.

The Irishman is deep in training for his return on July 10 in Las Vegas, headlining UFC 264.

Conor McGregor boasted of his TEN MILE cycle ride to the gym before sparringCredit: Instagram @thenotoriousmma 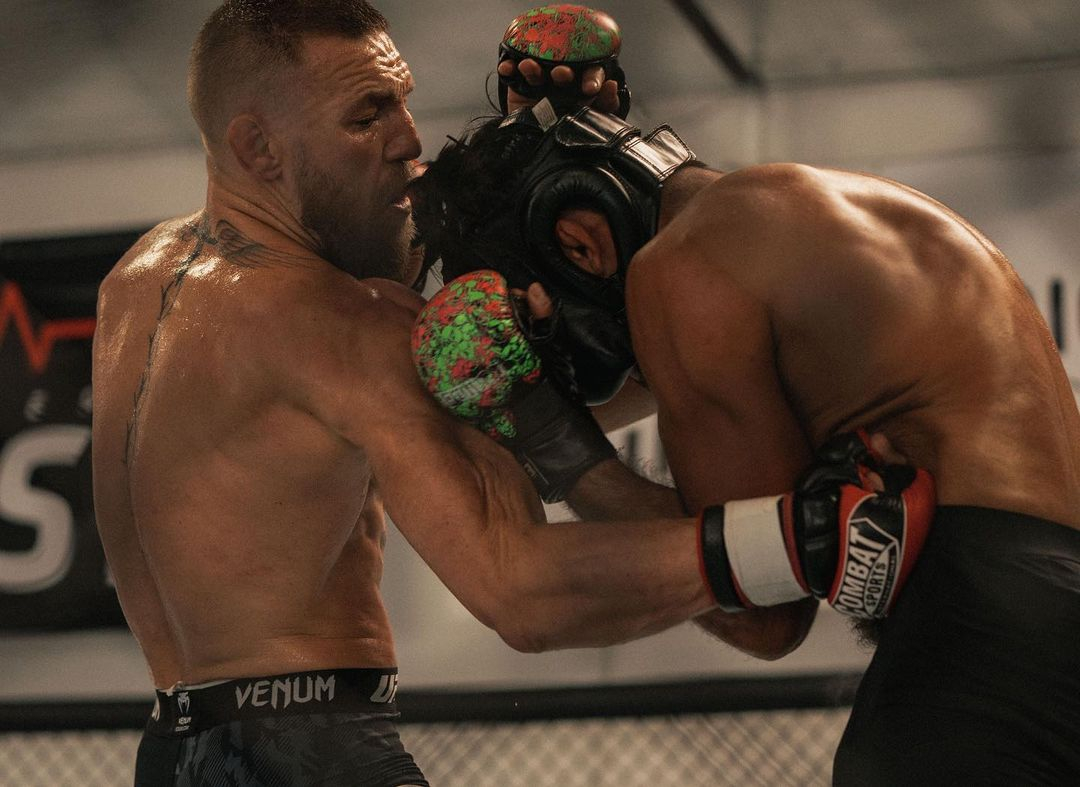 McGregor has relocated to America having spent time in Dubai on vacation with his fiancee and children.

And it appears there is no rest for the wicked as he uploaded training photos on Instagram, revealing his cycle ride and sparring sessions.

McGregor captioned the post: “10 mile to the gym for sparring. @mcgregorfast athlete.”

The southpaw star initially knocked out Poirier in round one down at featherweight in 2014.

But when the 32-year-old pair rematched in January at lightweight, the favour was returned setting up a blockbuster trilogy decider.

With the score tied at one apiece, it leaves it all to play for, and a man with a special insight on both men is Eddie Alvarez.

He lost to McGregor in 2016, and had two fights with Porier, a no-contest in 2017 before he lost the second a year later.

Alvarez maintains Poirier’s best chance of beating McGregor has always been to put on a frantic pace from the start.

He told James Lynch “I was surprised. I thought if the fight stood standing, Conor would have the advantage.

“But if you go back and look at my interviews, I said it clearly, if there’s any way that Dustin can get this done, he absolutely has to put sprints on McGregor, and that’s how he ended up finishing him.

“I feel like he put that sprint on him. Dustin does these sprints so well.

“He put that sprint on Conor, forced him to panic, make mistakes, make his heart rate go up, and he was able to get the finish. It was phenomenal.

“I was happy for him. If anybody in that division deserves that kind of success, or money, or accolades, it’s Dustin.

“He’s put his time in, he’s fought the best guys, and he’s starting to see the fruits of his labour.”