Ed will be taking to the stage (Picture: Kevin Mazur/MTV VMAs 2021/Getty Images for MTV/ ViacomCBS)

Ed Sheeran, Camila Cabello and Emeli Sande are set to perform at ITV’s Concert for Ukraine.

The televised two-hour fundraiser – which is set to air on March 29 – will see a host of massive acts come together to perform in a bid to raise money for the Disasters Emergency Committee’s (DEC) humanitarian appeal for Ukrainians amid Russia’s invasion.

As well as the Bad Habits hitmaker, the Bam Bam singer and the Read All About it star, Snow Patrol and jazz-fusion star Gregory Porter are also confirmed to take to the stage at Birmingham’s Resorts World Arena.

Camila said: ‘My heart is breaking for the people of Ukraine. As refugees from Ukraine join millions of other displaced people around the globe, we all have a responsibility.

‘One of the biggest needs is to get funds to organisations who can serve these communities directly, so we’re focusing our efforts on doing that as quickly as we can.’

Emeli added: ‘I will be singing to try to help every human being forced to flee their home and in solidarity with those being racially discriminated against even within this humanitarian crisis. 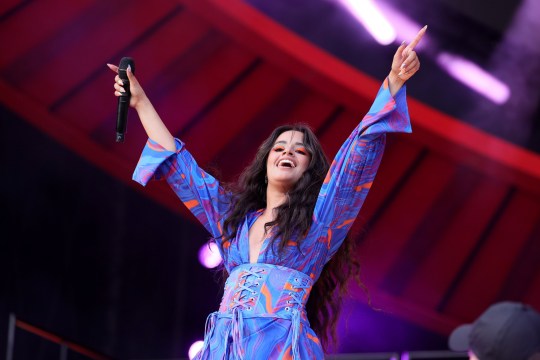 Camila is also on the bill (Picture: Theo Wargo/Getty Images for Global Citizen)

‘Nobody should be refused access to relief, aid and the right to cross the border to safety, and I’m pleased for the chance to support the DEC’s appeal to help all people whose lives have been affected by the conflict.’

The DEC has teamed up with ITV, STV, Livewire pictures and Global to broadcast the concert.

In a press release, they confirmed: ‘All sponsorship and advertising revenue generated from the broadcast of the event (primetime across both linear and simulcast), which is expected to raise over £3million, will also be donated by ITV to the DEC appeal.’

The event promises to feature ’emotive music performances with short films recognising the ongoing relief efforts and the plight faced by people affected by the conflict in Ukraine’. 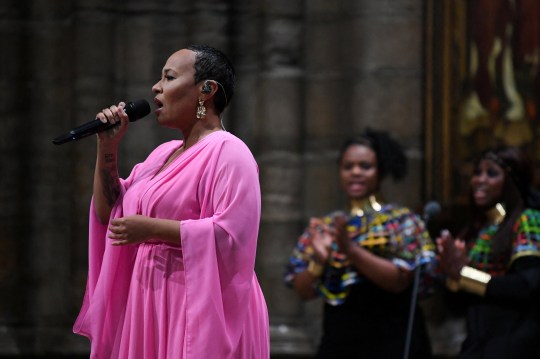 Viewers will be encouraged to make donations throughout the evening.

Katie Rawcliffe, Head of Entertainment Commissioning at ITV, commented: ‘Music is a very powerful tool when it comes to showing support and solidarity, and at ITV we are proud and privileged to be working with Livewire Pictures, Global, Marks and Spencer and the DEC on such an important and necessary fundraising event.’

Saleh Saeed, chief executive of the DEC, said: ‘It is heart-breaking to see the deepening crisis unfolding in Ukraine as more refugees cross the borders each day with nothing more than what they can carry. The situation for those inside the country is becoming increasingly precarious.

‘But there is something we can all do to bring hope. Funds raised by this concert will make a real difference to those affected by the conflict, sending a strong message of love and enabling DEC charities to help now with urgent aid as well as helping to rebuild lives in the months and years ahead.’

More artists will be added to the bill in the coming days.

Tickets go on sale on Tuesday via http://www.theticketfactory.com.