Community star Gillian Jacobs has revealed that the beloved comedy show has set her up to play pretty much any role as she stars in Netflix’s horror Fear Street.

The actress has taken on a terrifying new role in the film trilogy, which is based on RL Stine’s bestselling books.

Opening up to Metro.co.uk, Gillian explained that there were definitely similarities in how she approached the two roles, ‘because we did every genre you can think of on Community.

‘We had a zombie movie episode, we had a paintball episode which were like little action films so, weirdly, my time on Community was a good prep for working on these movies.’

As for her relationship to the Fear Street trilogy, she admitted she ‘couldn’t get enough’ of Stine’s books when she was younger – despite hating scary movies. 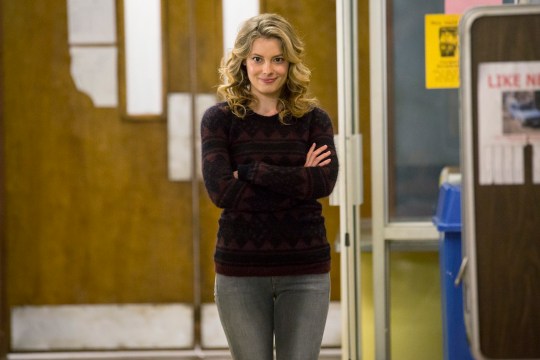 For them, horror in the past few years has taken quite a turn.

‘I don’t think we’ve had the kind of horror we’ve seen in the last few years historically,’ Ashley reflected.

‘Everyone now is using horror as a Trojan horse to say something else and I think that’s what’s been really special about the films that we’re seeing now, like Midsommar and Get Out and I think these films as well.

‘I think it really uses the genre to talk about things and I think that’s why we’re seeing great horror right now.’

Darrell added: ‘What I’ve seen in films like the Fear Street trilogy is you care about the characters and you want the characters to make it and I don’t know if that used to be what horror was, it was more so – the killer has a mask, slash, slash, and one person wins.

‘But it feels like it’s real characters. I feel like characters matter and they’re not utilised as much in horror, but we’re starting to see characters become the focal point of horror and the monsters being an add-on to that’.