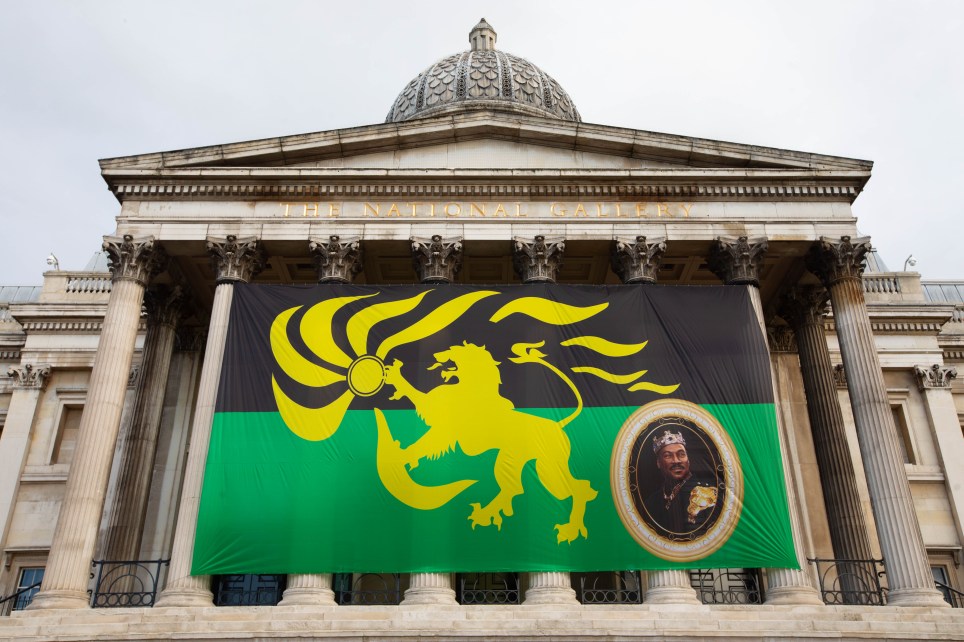 The official flag of Zamunda was draped across the National Gallery (Picture: PA)

Amazon Prime Video is celebrating the release of Coming 2 America in the most regal way possible – by draping flags of Zamunda over the some of the most iconic landmarks in Europe.

Sir Trevor McDonald got in on the action, appearing in a spoof news broadcast for the Zamunda News Network. 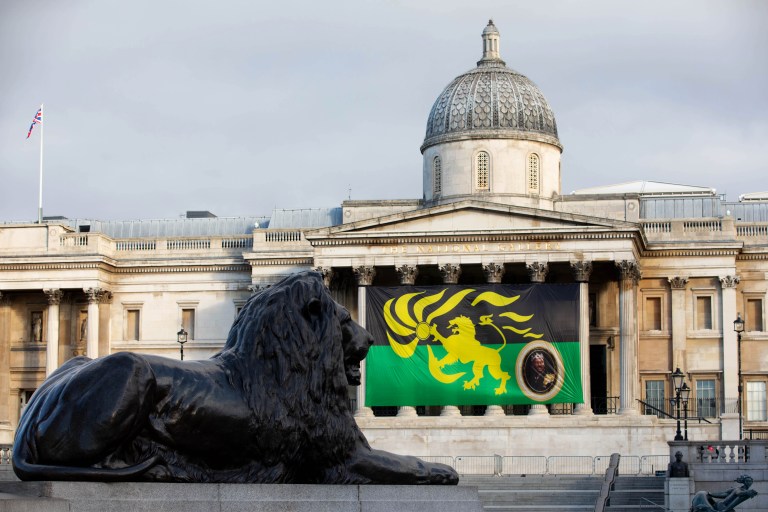 Only the most regal announcement will do for King Akeem (Picture: PA) 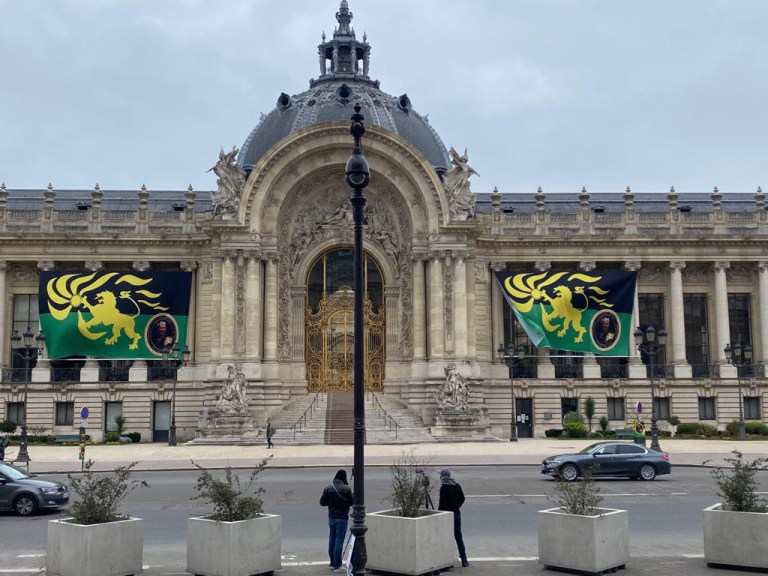 ‘Using his vast fortune, the King has hung a flag over the gallery entrance to celebrate the purchase.’

Clara Amfo also took part in the broadcast, telling viewers: ‘Yes, His Royal Highness King Akeem is quite literally flying the flag for Zamunda right here at the National Gallery.

‘It really is a big old flag and has caused quite the stir with passers-by, who are either shocked or pleasantly surprised.’ 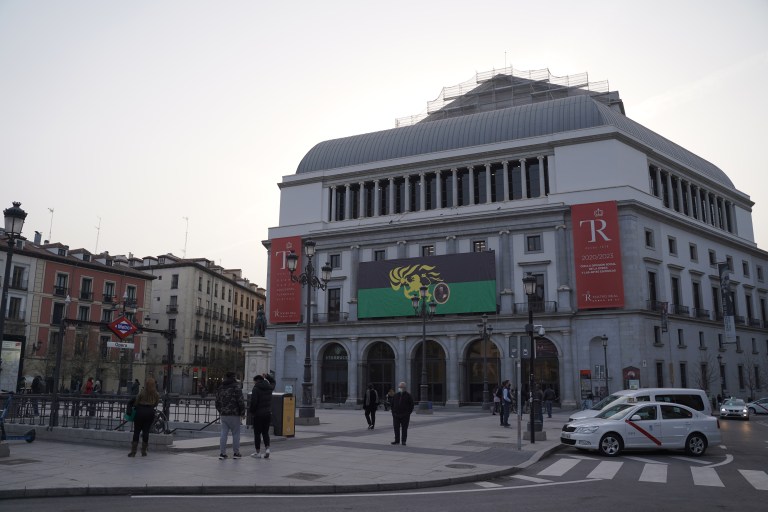 The Zamunda flag was flown in landmarks across Europe (Picture: Amazon Prime Video) 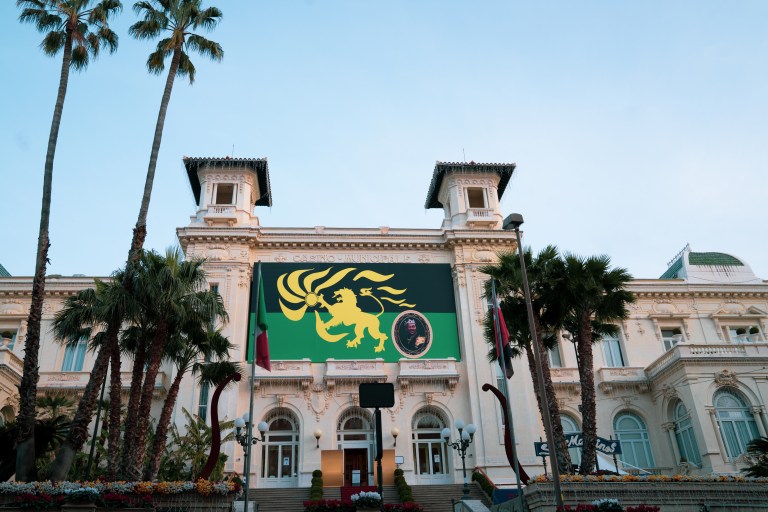 The stunt was to celebrate the release of Coming 2 America (Picture: Amazon Prime Video) 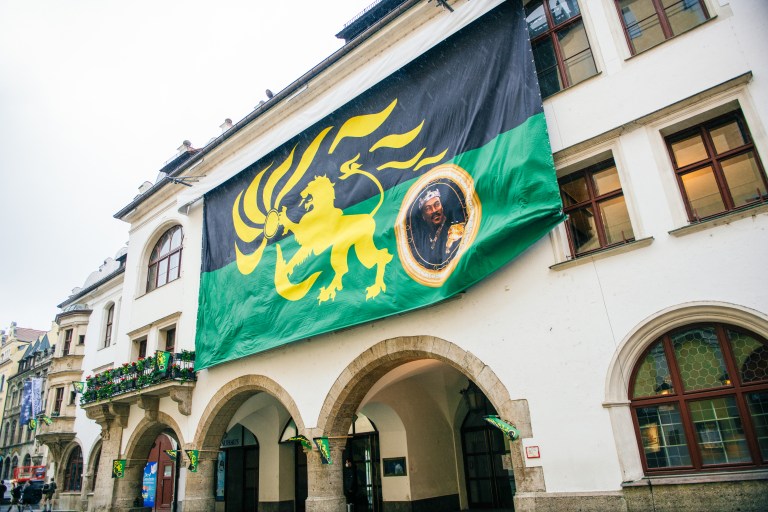 The London landmark wasn’t the only venue to get the royal treatment, as Munich’s Hofbräuhaus, the Petis Palais in Paris, the Sanremo Casino in Sanremo, and the Royal Theatre in Madrid were also spruced up.

Eddie reprised his role as Akeem in the comedy, following on from the wildly successful Coming To America in 1988.

Spilling the beans on the flick, which was released today, he revealed that his favourite character to play in the film is actually Randy Watson.

Not only that, but the Hollywood legend could do an entire film on Mr Sexual Chocolate himself.

Chatting to the Sunday Project, he confessed that there’s just one issue – all the different looks means he spends hours in a make-up chair.

‘The one I get the biggest kick out of seeing on screen is Randy Watson. I could do a whole movie of him,’ he said.

‘And some kind of way I wind up doing it. But this one is the last time.’

We’ll have to see about that…