Friendly exes. Cody Simpson says there’s no bad blood between him and Miley Cyrus after their 2020 breakup.

“Everything ended fairly amicably. It was just one of those phases I guess you go through and you learn a lot from it,” the 28-year-old told 60 Minutes Australia on Sunday, May 30.

The duo were first linked in October 2019. Cyrus, 28, and ex-husband Liam Hemsworth had recently split, and after a short fling with reality star Kaitlynn Carter, she began dating Simpson. The pair split in August 2020.

“I’d known her for a long time at that point,” Simpson said of Cyrus. “She’d kind of acted almost as, like — not as a mentor, but she was always a heightened creative person. We went from kind of being good friends and just having a lot of the same friends to being together for a while.”

The “Midnight Sky” singer shared a similar sentiment when their split first made headlines.

She emphasized that she intended to remain close with Simpson despite the breakup, adding, “And so, don’t make it some drama story if next week we hang out and we’re getting pizza. We’ve been friends for 10 years, and we’re going to continue to be friends. Just don’t make it something that it is not.”

Simpson showed his agreement by congratulating her on her new single, saying he was “so proud” of her. 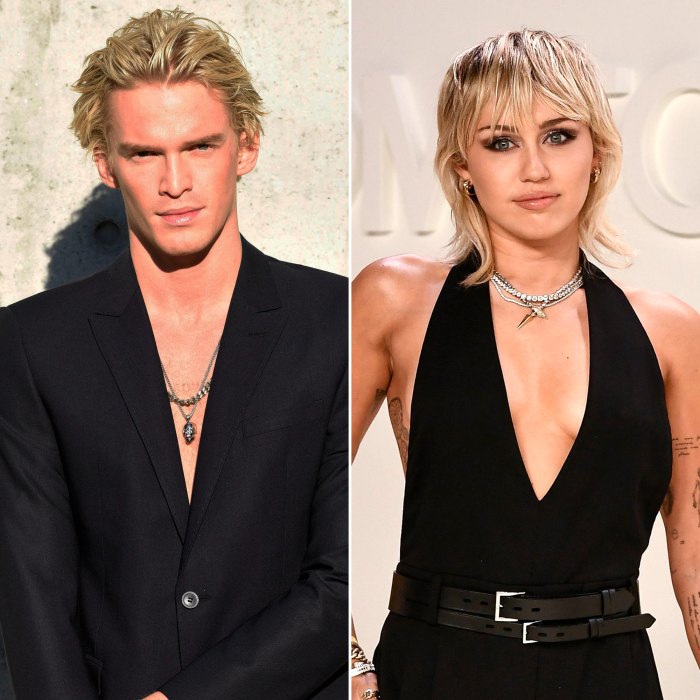 “They realized they’re better off as friends than dating each other,” an insider revealed to Us Weekly at the time

Since then, the Australian has been linked to model Marloes Stevens while Cyrus has mostly remained single, which she joked about earlier this year.

“Man. Being single sucks,” she tweeted in February. “All I ever do is WHATEVER THE F❤️ CK I WANT! Bahabahahahahabahahhahaha!”