Arlis appeared on season 11 of the ABC reality series in 2015, starring Kaitlyn Bristowe.

His death was confirmed by a family friend, Scott Bayer, who knew Arlis from the wrestling team at Batavia High School in Batavia, Illinois.

Breaking the news on Twitter, Bayer wrote: ‘It is with a heavy heart and a sense of profound loss that we announce the death of one of the Batavia Wrestling Program’s All-Time greats, 2005 graduate, Clint Arlis.

‘Clint was the beloved son of Coach Tom Arlis and his wife, Jamie, protective, loving older brother of his sister, Taylor, and the boyhood idol and best friend of his kid brother, Coach Logan Arlis.’

Bayer explained he’s known Arlis for over 16 years and said he was ‘extraordinarily devoted to his family and deeply committed to the sport [of] wrestling at a level few of us ever reach in our careers.’ 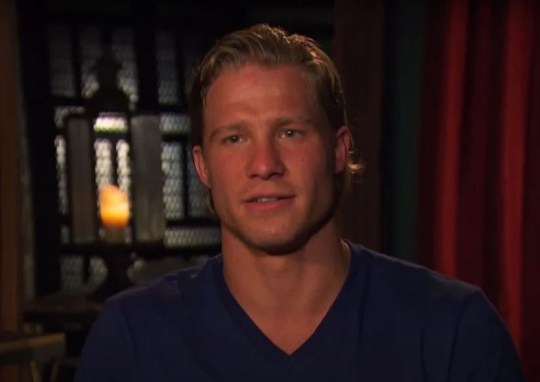 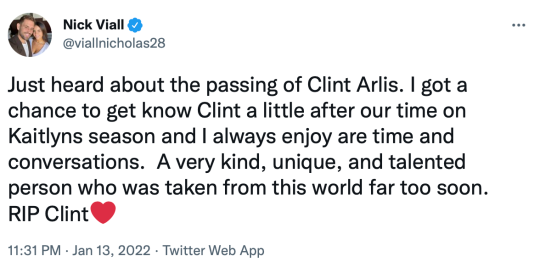 His cause of death has not been confirmed.

The Bachelor’s Nick Viall said he ‘aways enjoyed’ his time with Arlis.

Paying tribute to the reality star, he wrote: ‘Just heard about the passing of Clint Arlis. I got a chance to get know Clint a little after our time on Kaitlyns season and I always enjoy are time and conversations.

‘A very kind, unique, and talented person who was taken from this world far too soon.  RIP Clint.’

During his time on The Bachelorette, Arlis poked fun at being portrayed as ‘the villain’, saying it was all ‘tongue and cheek’.

He was eventually eliminated in week three while Bristowe eventually gave her final rose to Shawn Booth, but the couple split up in 2018.

She confirmed her engagement to Jason Tartick last May.