Not ready to put a ring on it (again). Clare Crawley and Dale Moss might be packing on the PDA, but the Bachelorette season 16 stars aren’t ready to define their relationship after their brief split, sources exclusively tell Us Weekly.

“Clare and Dale are dating again, they’re working on things in their relationship,” one source says. “Nothing has been made official with regards to an engagement, they’re enjoying their time together and taking things as they come. “

A second insider close to Crawley, 39, and Moss, 32, adds that the twosome are “taking things slowly” after reuniting last month. 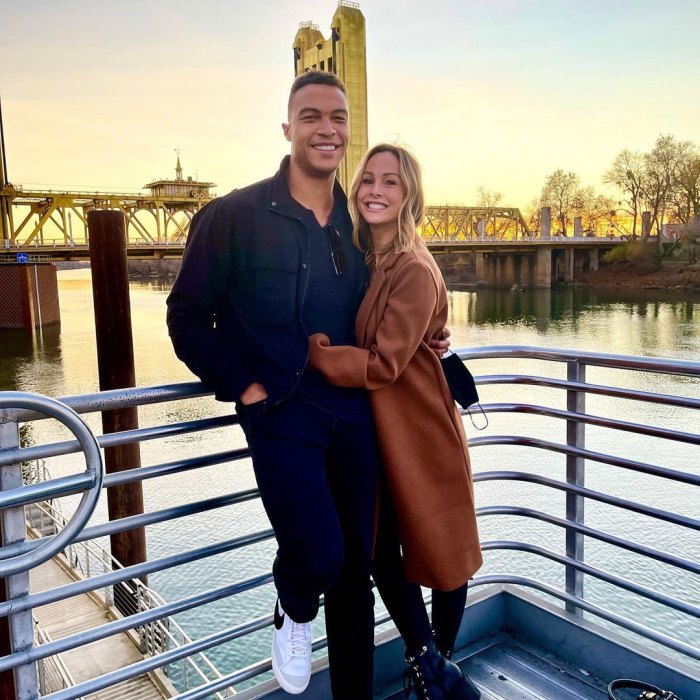 “They are now just starting to really understand all the difficulties a public relationship can create, and they want to make sure they are giving their relationship the opportunity it deserves without all stress and anxiety that followed after the show,” the second source says, noting that the pair are “supporting one another” as they navigate life after The Bachelorette.

Crawley and Moss got engaged within the first two weeks of filming season 16 of the ABC series during the summer of 2020. While they were happily engaged after their proposal aired in November, Moss revealed two months later they that had called it quits.

“I wanted [to] share with you all that Clare and I have decided to go our separate ways,” Moss wrote on January 19 via Instagram. “We appreciate the love and support we’ve received from so many people, but this is the healthiest decision for both of us at this time.”

While things quickly turned messy between the reality stars after Crawley accused Moss of announcing the split without her permission (and the former athlete denying cheating claims), the twosome sparked reconciliation speculation in February after they were seen holding hands in Florida. That same month, Us broke the news that they were giving things another shot.

“Dale has been pretty secretive with friends when they’re asking if he’s back with Clare, but it’s obvious to everyone that they’re back together,” a source told Us on February 19. “They’re just figuring things out and enjoying spending time together.”

Crawley and Moss, who have yet to publicly comment on their status, were seen kissing in New York City on Wednesday, March 17, days ahead of her 40th birthday.

“Her love for Dale didn’t just disappear overnight,” a fourth insider previously told Us. “She still has strong feelings for him. Once she falls in love, she falls hard.”