Back at it again? Clare Crawley and Dale Moss reunited in Florida on Tuesday, February 16, one month after their split — and it appears that the exes are hanging out once again.

The former football player, 32, took to his Instagram Stories on Wednesday, February 17, to share multiple videos of himself getting a pedicure. In the background of two of his clips, a woman can be heard laughing as Moss talked about losing a bet and showed his toes being painted with glittery nail polish.

The nail salon visit comes one day after Crawley, 39, and Moss were spotted holding hands while walking around in Venice, Florida. The pair were dressed casually and were not wearing protective face masks. 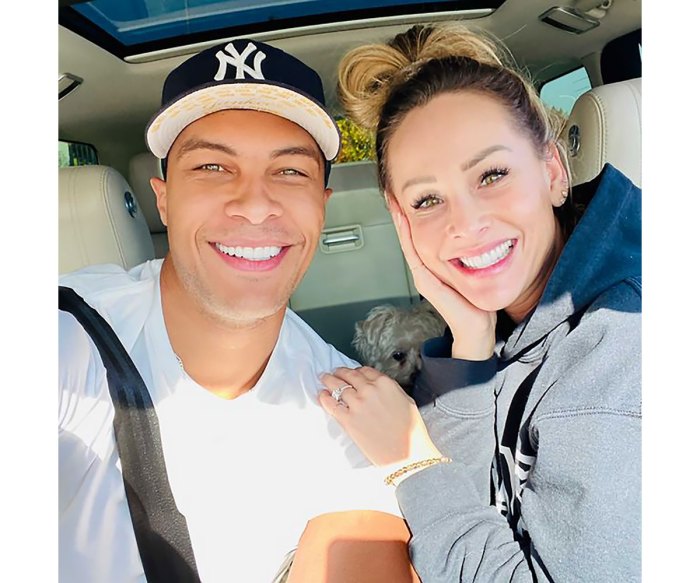 The hairdresser fell in love with Moss while starring as the season 16 Bachelorette during the summer of 2020. The duo exited the ABC competition series after getting engaged within the first two weeks of filming, but Us Weekly confirmed on January 19 that they split.

“I wanted [to] share with you all that Clare and I have decided to go our separate ways,” Moss wrote at the time via his Instagram Story. “We appreciate the love and support we’ve received from so many people, but this is the healthiest decision for both of us at this time. We strongly believe in leading with love and always remaining true to oneself — something our families have taught and instilled in us throughout our lives. We only hope the best things for one another.”

Crawley later claimed that she “was made aware of a ‘mutual’ statement” about the breakup along with the rest of the world, noting that parting ways “was not what I expected or hoped for.”

Earlier this month, the Bachelor Winter Games alum showed off her pink dyed hair. A source told Us exclusively that Crawley’s revamped hairdo “was inspired by her wanting a fresh start” after the split.

“She sees her time spent with Dale as something of her past and is ready to move forward,” the insider continued, adding that the reality star “is going to enjoy being single for a little before jumping into dating again.”

Crawley unfollowed the retired NFL pro on Instagram on February 8. Moss, for his part, is still following his ex as of Wednesday.