Chris Rock made a surprise stint on the Kardashians (Pictures: NBC / HULU)

Chris Rock couldn’t help but heap praise on Kim Kardashian as he made a surprise cameo at her Saturday Night Live after-party.

The Kardashians star, 41, made her hosting debut on SNL in October, with the scenes currently playing out on new episodes of her new reality series, on Hulu.

In the latest instalment, she was joined by a star-studded crowd after fronting the acclaimed show – including comedian Colin Jost, Amy Schumer, Gayle King and Lorne Michaels.

At one point, the mom-of-four bumped into Chris at the bash, who took the opportunity to rave about her performance.

‘You were great,’ he insisted. ‘From the opening monologue, it was like “I am in control”. It was like, comedy funny. It was like an actress or a comedian.’

Clearly delighted with the compliment, Kim broke the fourth wall and told the camera: ‘Did you hear that? I want to make sure you got what he said. I was funny.’ 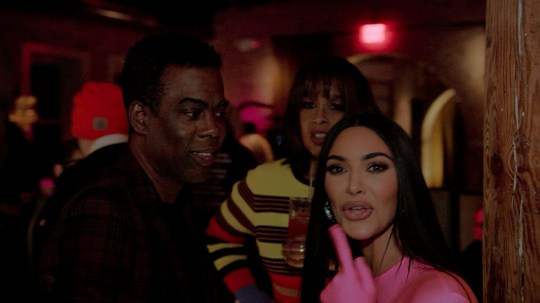 Chris was full of praise for Kim after her hosting stint (Picture: Hulu) 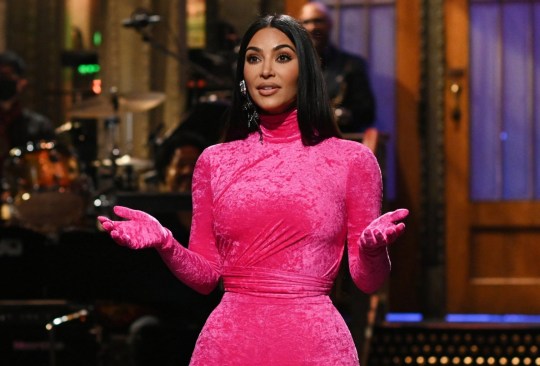 Kim hosted SNL last October – with the scenes currently playing out on the Kardashians (Picture: NBC)

‘She was very funny,’ Chris emphasized.

Kim confessed that the Everybody Hates Chris actor ‘made her life’ with his reaction.

‘I’m not funny,’ she added in a VT. ‘So the fact that he gave me this crazy compliment?

‘I think he’s one of the all-time funniest people on the planet so I am just dying inside.’ 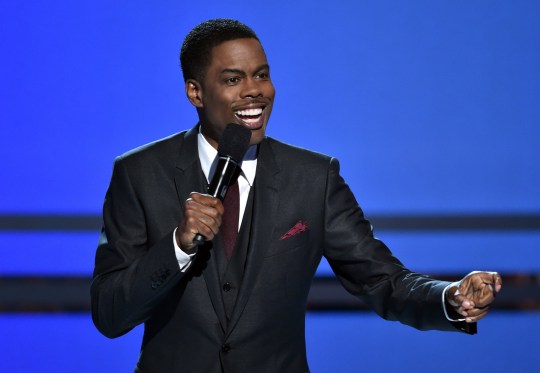 Chris was slapped by Will Smith in shocking scenes (Picture: Getty) 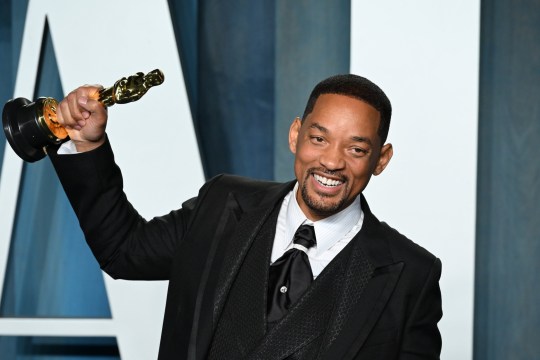 Will Smith has kept a low profile following the incident (Picture: WireImage)

The episode was filmed at the end of last year, months before his Oscars slap ordeal made headlines around the world.

Chris was on stage presenting an award at the ceremony last month when he made a joke about Jada Pinkett Smith’s hair – something Will Smith confronted him about.

In shocking scenes, the King Richard actor stormed on stage at the bash and slapped the comedian, before warning him to ‘keep my wife’s name out of your f**king mouth’ while in the audience.

Chris has continued his comedy tour with a joke about what happened but has yet to address the incident any further.

However, his mom, Rose Rock, blasted Will for hitting her son, and said that it felt as though he ‘slapped the whole family’ at the same time.

Appearing on South Carolina station WIS-TV, she explained that she initially believed that the incident was ‘staged’ – but realized it was real when Will yelled obscenities.

‘When he slapped Chris, he slapped all of us. He really slapped me,’ she said. ‘Because when you hurt my child, you hurt me.’

The Kardashians is available to stream on Hulu and Disney + now.