Breaking out an old favorite! Chris Evans wore his iconic Knives Out sweater while he cuddled Olympic gymnast Aly Raisman‘s puppy during a doggy play date.

The Gifted star, 39, and his dog, Dodger, joined Raisman, 26, and her pup, Mylo, over the weekend. Evans shared a clip via his Instagram Story on Sunday, November 14, of himself holding Mylo while wearing the famous white sweater from the 2019 thriller. In the video, Raisman calls for Mylo as Evans holds him close. 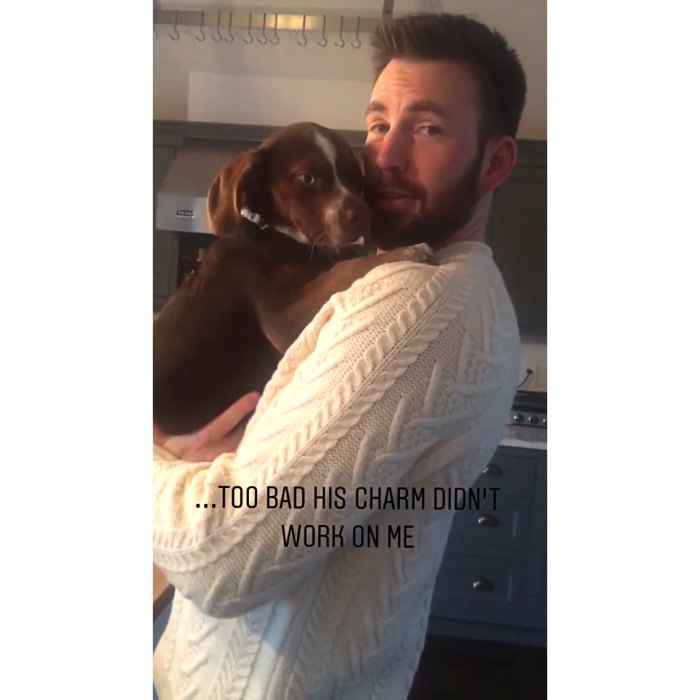 “Too bad his charm didn’t work on me,” the Avengers: Endgame star captioned the post.

The sweater went viral in November 2019 after fans swooned over Evans wearing the fashion item while playing the character Ransom Drysdale. One month later, Evans even gifted his dog a miniature version of the sweater for Christmas and posted the photo via Twitter.

“YOU SAID IM GONNA GIVE TWITTER EVERYTHING THEY WANT,” one user wrote while another posted, “Chris bless you for this picture.”

In September, Evans made headlines again when he posted and then quickly deleted a video from his Instagram Story of himself and some friends playing the game Heads Up! The recording featured a shot of his camera role, which apparently included a black-and-white photo of his penis.

Evans received plenty of celebrity support with Jamie Lee Curtis tweeting, “My boy! Proud of him. Got MY attention!”

The actor’s Avengers costar Mark Ruffalo also tweeted, “Bro, while [Donald] Trump is in office there is NOTHING you could possibly do to embarrass yourself. See… solving lining.” 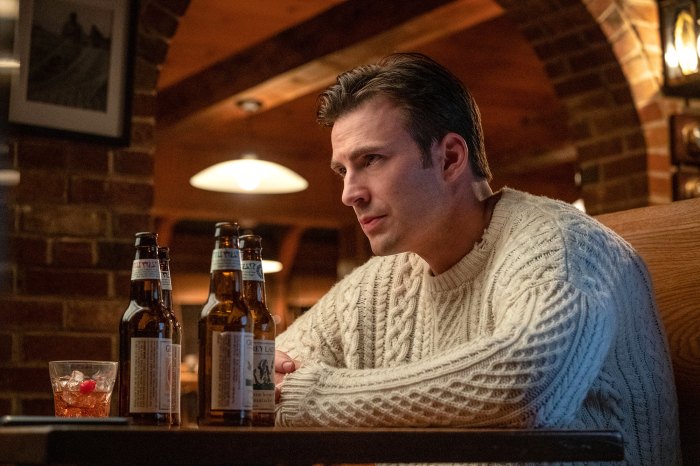 Chris Evans as Ransom Drysdale in ‘Knives Out.’ Claire Folger/Lionsgate/Kobal/Shutterstock

Two days later, the Massachusetts native addressed the incident, tweeting, “Now that I have your attention …. VOTE Nov 3rd!!!”

The Captain America star later spoke out about the flub on The Tamron Hall Show. “Look, it was an interesting weekend full of lessons learned, a lot of teachable moments,” he said at the time. “Things happen. It’s embarrassing, but you’ve gotta roll with the punches. I will say, I have fantastic fans who came to my support. That was really nice.”