Chris Eubank breaks down in tears on tonight’s Piers Morgan’s Life Stories – as he talks about the guilt he faced when boxing opponent Michael Watson nearly died after a bout together.

In what Piers has marked as ‘one of the most powerful moments on the show ever’, the legendary boxing icon, 54, sits down to relive the match, which resulted in Watson collapsing in front of him.

The incident, which occurred in 1991, left Watson needing numerous brain surgeries and resulted in him being partially disabled.

Tearing up, Eubank ends up openly weeping about what happened, with his friend watching on from the audience.

Eubank tells Piers: ‘I don’t know whether I can even make sense of what happened… him having to go through what he’s gone through and to still be here.

‘I can’t tell you how sorry I am. It’s the only regret in my career.’ 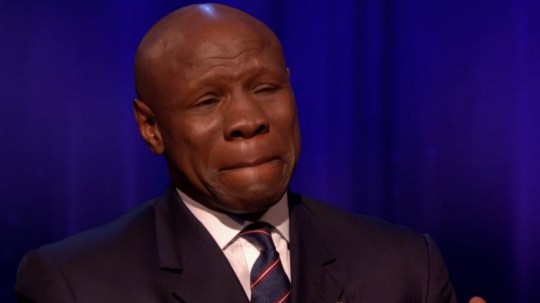 Eubank breaks down in tears over the incident (Picture: ITV)

After collapsing in the ring, Watson was rushed to hospital and placed in a coma for 40 days. He needed six operations and years of physiotherapy as a result.

Watson, 55, later laid the blame on the Boxing Board of Control for failing to ensure there was medical care ready by the side of the ring should something like this occur. 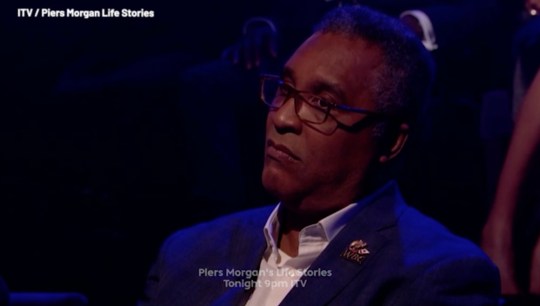 Watson assured Eubank that they need to ‘move on in life’ (Picture: ITV)

The incident resulted in the BBoC revising their rules and regulation so that paramedics are now always on side.

Despite the injury marking the end of Watson’s career, he holds no malice towards Eubank – in fact, they remain strong friends.

On tonight’s episode, he appears in the audience, and reassures Eubank that there’s no ill feelings, telling him: ‘It’s OK, bruv. Let’s move on in life.

‘This could have happened to anyone. It was a sheer accident.’